Chrislain Matsima (AS Monaco), a young defender with a plan 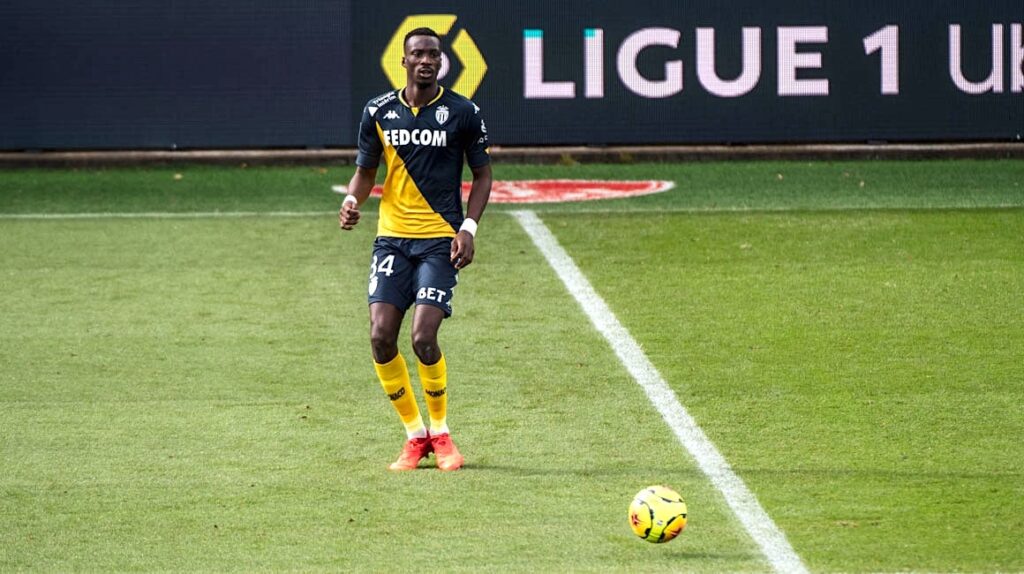 It’s his maturity that makes Chrislain Matsima stand out. At only 18, the defender has become an essential component of AS Monaco.

Don’t expect him to budge under pressure. Matsima made his bones playing street football in Colombes, a suburb of Paris. “We would play almost every evening. There was a lot of technique, which made it fun,”  he says with a smile, “Football runs in the family. My older brother started playing before I did and pushed me to join a club”. And from Parisian back-streets, the impressive silhouette of Matsima – he is 6 foot 3 – can now be spotted sporting an AS Monaco jersey in Monaco’s Louis II stadium.

From Paris to AS Monaco U17

“When he joined, we were immediately struck by his even, composed personality. He’s a young player with a plan,” said Manu Dos Santos, who coached Matsima in the U17 division, when interviewed for the AS Monaco website. “Whether in life or on the pitch, he knows where he wants to go. As soon as he arrived he imposed himself as a starter, showing an ability to adapt that is far above average. On the pitch, he is a natural leader, in particular in the effort he puts into duels. Very attentive, he has quickly worked on the small gaps in his reading of the game, an aspect where he sometimes lagged a little”. After playing for JSC Nanterre, Garenne-Colombes, and Racing Colombes, Chrislain Matsima joined ASM in 2017. At the time, he was only 15 years old.

“I was contacted by several clubs but choosing AS Monaco was a no-brainer,” says Matsima, who cites Sergio Ramos as a big source of inspiration. “When I signed with AS Monaco, the club had just won the French championship. As this season has shown, the club that puts a lot of trust in young players. That’s why I chose AS Monaco.”

Matsima, who calls himself a “homebody”, is reserved, his demeanour calm, and most of all hard-working. He asserts himself on the field with an authoritative head play, lively moves and a clean game. In Monaco, like at his previous clubs, Matsima stood out immediately.

the defender has played for France at the U17 Euro and at the 2019 U17 World Cup in Brazil – an impressive track record, which caught Noko Kovac’s eye. Matsima first joined As Monaco during a summer training camp in Poland in 2019. Matsima, who also happens to be an amateur rapper, now boasts four French premier league games.  Kovac’s now considers him his  first alternative to the unstoppable Badiashile-Disasi duo, in front of Strahinja Pavlović and Guillermo Maripán. An impressive achievement for a young man who says he intends to “continue to progress” while keeping “his head on his shoulders.”

Niko Kovac does not shy away from praise: “Chrislain is a very talented young player who is an U19 international, so he of course has a good future. He is one of the many young players who are doing good work in our squad. They know I’ll give them all their chance. Chrislain made a very good start against Strasbourg, he is very clean in his recovery abilities and at ease in the air.”

A admirable statement that must surely make a certain Benoît Badiashile a little jealous. “The competition is very healthy, we all get on really well, that’s what motivates us to train,” says Matsima, who appreciates Niko Kovac’s experience and the closeness that the Monaco coach maintains with his players. “He always listens. He tries to stay close to us, especially to us youngsters. He doesn’t hesitate to put himself in our shoes from time to time. His background as a former player and the rigour he puts into training – I think that’s the key to our success”.

>> MORE ON THE TOPIC : Getting to know Giulian Biancone (AS Monaco)