Getting to know Giulian Biancone (AS Monaco) 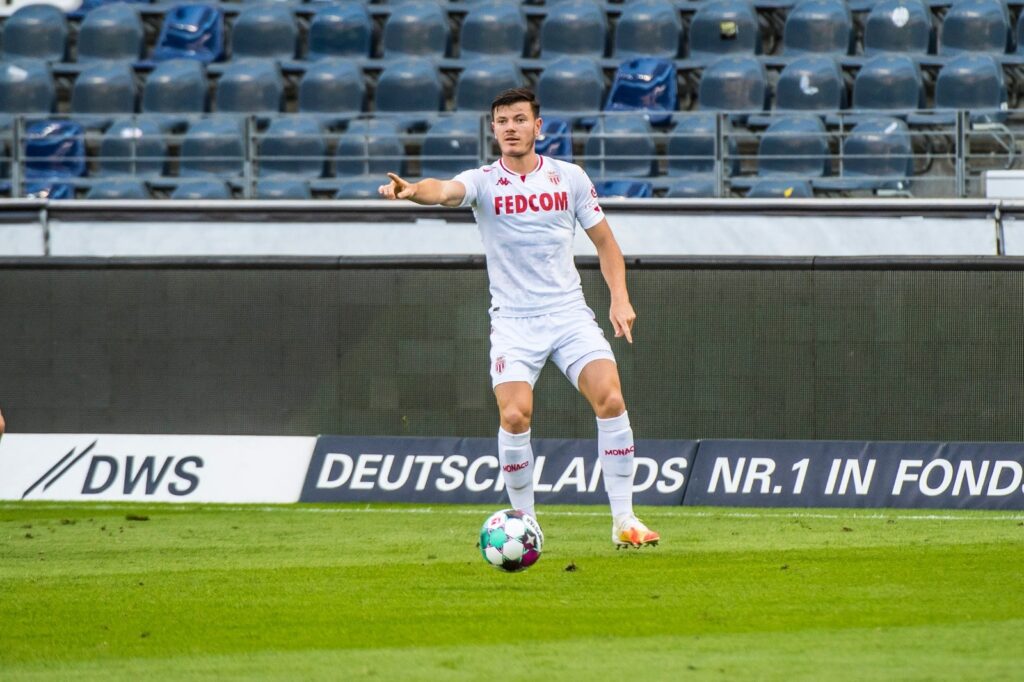 Returning to AS Monaco after a successful loan spell at Cercle Brugge last season (25 games, 1 goal, 3 assists), 20-year-old Giulian Biancone intends to continue his rise. Portrait of a young right-back with an atypical career path, who has taken time out to talk to Monaco Tribune.

Giulian Biancone found refuge among the cobbled streets and medieval buildings, on the banks of the Reie, in north-western Belgium. In Bruges, often nicknamed the “Venice of the North” for its many canals that cross the city, the native of Sainte-Maxime set down his suitcases for a season, with the aim of gaining experience with professionals in a familiar universe*. Mission accomplished.

Giulian Biancone and Cercle Brugge, a marriage of convenience

“I had a great season with a structured club, with good infrastructure, which enabled me to play more matches and improve throughout the season,” said the right-back, who took advantage of his time in Belgium to rub shoulders with some solid references.

“The Belgian championship is still underrated in France because nobody really knows its level. But there are some very good teams, with very good players, who often end up in the Premier League or the Bundesliga. You can also see that with the national team, most of whose players come from the Jupiler Pro League. As a right defender, I’ve marked all the left-wings in the league, who are often fast and technically strong players. When I arrived, I got a real shock.”

Although his start was slow, the next stage was much less so, with a change of coach (Germany’s Bernd Storck arrived during the season before being replaced this summer by Englishman Paul Clement) and a string of starts, as well as three assists, which enabled him to finish as his team’s best passer and make a major contribution to keeping the ‘Cercle’ in the top flight.

“We’d been fighting relegation throughout the season, but in the end, we managed to escape with two games to spare. The change of coach during the season did us good. He’s helped us progress in the game, collectively and individually.”

Compared to Benjamin Pavard for “playing smart and technical”

The French U19 international has made significant progress, enabling him to return to the Rock this summer with a new status. “I’m very happy to be back with the professionals. It’s really satisfying to be back with some of my team-mates I met at the training centre two years ago”.

Before leaving for Belgium, the man whom Frederic Barilaro, his former U-19 coach, likes to compare to Benjamin Pavard for his “playing intelligence and technique” had already had the opportunity to make first-team appearances under Thierry Henry. “I was coming to the end of my youth contract, I only had a year left to prove myself,” he recalls.

“During the season, Thierry Henry had to call up a right-back to make up for a shortage due to injury and he called on me.” Like in a fairy tale, the 18-year-old from the Var found himself propelling Wanda Metropolitano to the starting line-up in front of a crowd of nearly 60,000 in a Champions League match against Atletico Madrid (2-0 ASM defeat).

A few weeks later, as AS Monaco, already in dire straits in the league, were held to a draw by FC Lorient in the last 16 of the League Cup, Giulian Biancone came to the rescue when he fired in a cool-headed shot from the edge of the penalty area to send ASM into the quarter-finals of the competition.

“Those were very special moments for me,” recalled the former central defender, who was moved to right-back by Frederic Barilaro in the Under-19s. “It was a difficult shot for me. I took it as a bonus. I have wonderful memories of it.”

Stand-in for Ruben Aguilar this season?

Coming from a family of sportsmen, “my mother was a swimmer, my father a rugby player, my sister was a horse-rider and my brother a footballer”, Giulian signed his first contract at the age of five with AS Maximoise, before leaving a few years later for Étoile Fréjus/Saint-Raphaël, a leading club in the Var department. From U12 to U15, the Monegasque-by-adoption has been playing on the local turf and rubbing shoulders with the best players of his generation. Something that caught the eye of AS Monaco’s scouts, who were not indifferent to the youngster’s talent.

“Since I was very young, all I’ve thought about is football. I live for it,” he says. “I couldn’t see myself doing anything else. So, when AS Monaco contacted me…” At 15, the adventure on the Rock was launched. Giulian Biancone joined the Principality with a head full of dreams. “My goal has always been to make it in Monaco. I want to succeed with this club. I have no other option.”

After a promising season at Brugge and the arrival of a new staff in the wake of Niko Kovac, the promising defender has all the cards in hand to make his mark this season in the rotation. But the competition promises to be fierce, with Ruben Aguilar and the still uncertain presence of Djibril Sidibé, back after a loan spell at Everton.

“The next few weeks are going to be decisive for him,” said Frederic Barilaro, who was the instigator of his move to the right and who had him under his command for two seasons with the nineteens. “Giulian has the potential to win here. He’s tall (1m87), powerful and fast. He still needs to make further progress defensively, which he managed to do with Brugge last season, while retaining his attacking qualities and his ability to sustain repeated efforts,” said the ASM U-19 coach.

“Giulian is an excellent example for the squad; things clicked for him at just the right time, despite a not necessarily straightforward path. That’s a real plus for us. In life, he’s a great kid, with a very good mentality (during our interview, which was scheduled for 12.30pm last Wednesday at the ASM camp in Poland, Giulian arrived early, already prepared to answer our questions, editor’s note). In my opinion, he has all the qualities to succeed in Ligue 1.” And to establish himself as one of the flagships of the Monegasque side?

* AS Monaco has been the owner of Cercle Brugge since May 2017.