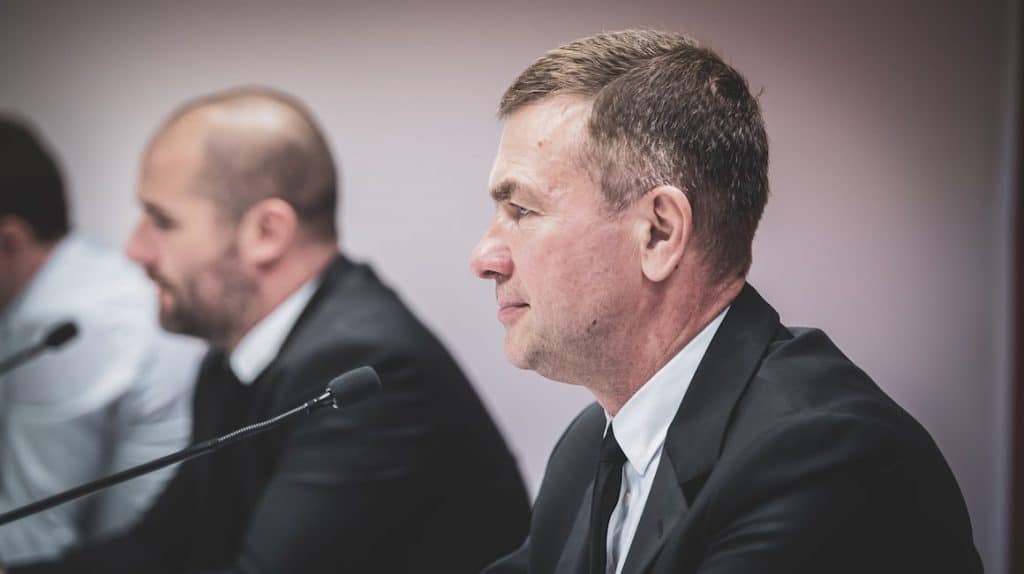 This Thursday morning, the vice-chairman and managing director of AS Monaco appeared before the Cultural Affairs and Education Committee.

Oleg Petrov, a board member of both the LFP and the ECA, had the opportunity to answer questions from the fact-finding mission on audiovisual broadcasting rights for sporting events.

He began his speech by recalling that AS Monaco will celebrate its 100th anniversary in 2024. “This is a great historical period… for a club with a high international profile. The club is also very happy to be able to depend on the support of H.S.H. Prince Albert II, which is very important for our club, our supporters, and the whole group.”

“AS Monaco is now an international name”, stated Oleg Petrov.  “Monaco is a unique brand, which we draw on to promote the Principality’s worldwide reputation, and help the French championship to be in its rightful place. There are many licensed players and football enthusiasts in France, a country with a population of 68 million inhabitants that produced Kylian Mbappé. We have a duty to help French football grow.”

The ASM vice-president went on to talk about the role Dmitry Rybolovlev has played in AS Monaco’s sporting success since he arrived at the club in 2011.  “President Rybolovlev has invested a lot of money and made significant efforts to grow the club. We have qualified for European competitions six times in the last eight seasons. The club reached the semi-finals of the Champions League and was crowned French champion. Today, we have nearly 17 million followers on social networks, the second largest total in France behind Paris Saint-Germain.”

Oleg Petrov concluded his contribution by also stressing the work carried out by AS Monaco in terms of training, with the inauguration of La Diagonale, but also the brand new training centre in La Turbie. “Youth development is in AS Monaco’s DNA,” he said. France is one of the biggest producers of young talent in the world. And at Monaco we want to play a part in that drive. We are proud to have five French world champions who came through our ranks. We do a lot for French football around the world.”

>> SEE ALSO : AS Monaco expands its presence in Asia with a new sponsor