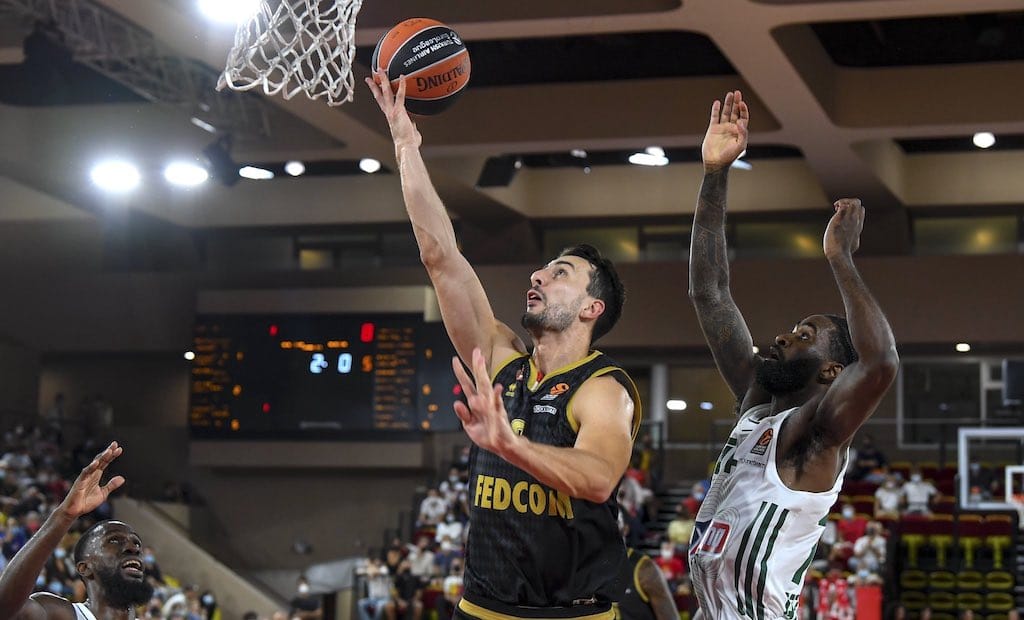 AS Monaco Basket won against Panathinaikos (75-63) on Thursday evening in the Euroleague opener.

Zvezdan Mitrovic’s men could not have started better. The Monegasques have toppled a myth in their Euroleague debut. With its seven European titles, Panathinaikos was a giant before the match. But in a white-hot Gaston-Médecin hall, the Roca Team shone, not once allowing the Greeks to lead the score in this match.

In the absence of Rob Gray, MVP of last year’s Eurocup final, AS Monaco Basket’s new star recruit, Mike James, led his team at the beginning of the game by scoring the first five points of the game, in the presence of Prince Albert II and AS Monaco Basket’s President Sergei Dyadechko, who were in the stands for the occasion. With 17 points (5/8 FG and 4/4 three-pointers), another rookie distinguished himself.

There was a lot of excitement before the game

It was Danilo Andjusic, the top scorer of the last French Championship. A outstanding performance, which allows the Roca Team to claim its first ever victory in Euroleague. “There was a lot of excitement before the game,” said Zvezdan Mitrovic. It was Panathinaikos, a legendary team. My players responded in the best possible way. My crew had done a lot of work beforehand to analyse the game of Panathinaikos. Defensively, we did a really good job. The key word is that we never panicked. We need to keep going like this, it’s going to be a very long season.”

>> READ MORE: AS Monaco Basket: 3 good reasons to hope for another unforgettable season

AS Monaco Basket’s next game is in the championship against Roanne on 2 October.