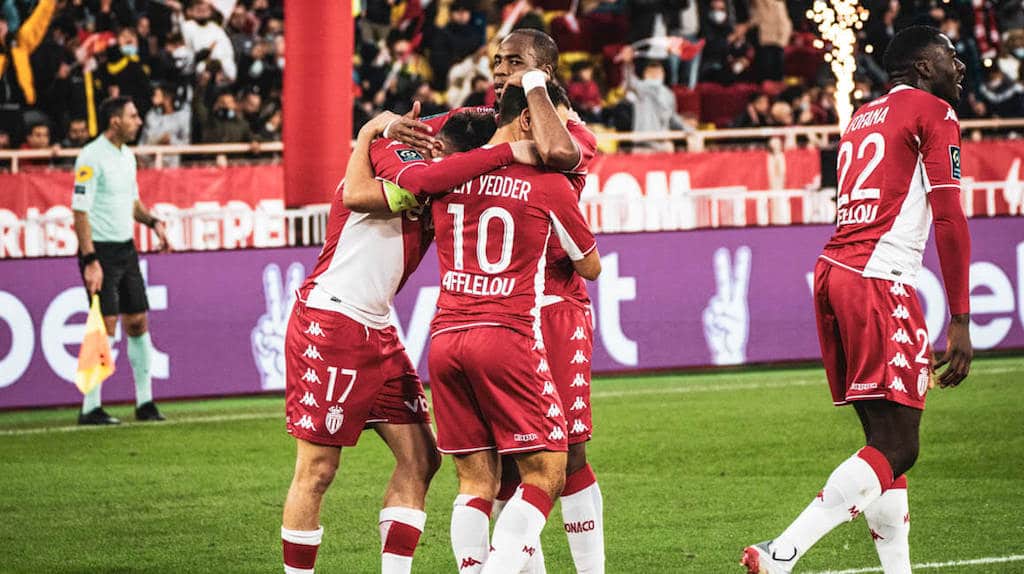 AS Monaco just ended 2021 with a promising victory against Stade Rennais (2-1). After a tricky start to the season, Niko Kovac’s men have bounced back perfectly. To the point of reproducing last year’s second half of the season, which meant they could compete for the title and finish in the top three?

Aurélien Tchouaméni was pleased with the victory against Stade Rennais on Wednesday evening. “We can go on vacation with a smile on our faces. The team is getting better and better. It bodes well for 2022.“ AS Monaco can certainly dare to be optimistic for the second part of the season.

The vice-president of the ASM, Oleg Petrov, confirmed this. “Our objective is clear and unchanged: we are aiming for the podium at the end of the season. Then we want to go as far as possible in the Europa League where, as I have said, we had a very successful group stage.”

High hopes in the Europa League

With a disappointing sixth place at the halfway turn, according to Oleg Petrov, “we hoped to be doing better in the championship”, Monaco’s management hopes that AS Monaco will repeat their exploits of last season, when Niko Kovac’s side had a stellar second half of the season. But this season, there is also a second goal: to shine in the Europa Ligue.

We struggled to cope with matches every three days

Despite not qualifying for the Champions League, AS Monaco shone in the group stage of their return to the European Cup, finishing unbeaten despite solid opposition on paper from Real Sociedad and PSV Eindhoven. Top of their group, they qualified directly for the knockout stages, and the Monaco side has set its sights on seeing the competition through to the finals.

SEE ALSO: Disasi ends 2021 with a solid showing against Rennes

The competition took a physical toll, on the other hand, if we are to believe Paul Mitchell. “We struggled to cope with matches every three days”, admits AS Monaco’s sporting director. “It was a first for some players to have to play three games a week. But gradually, the players and staff found a better balance. From now on, thanks to the direct qualification for the last 16, we can focus solely on the championship until March.”

Aiming for a championship podium

This year, AS Monaco’s goal is to return to the Champions League at the end of the season. Eliminated in the play-offs against Shakhtar Donetsk, Monaco proved that there is a place for them this season in the biggest European competition of them all.

“I think everyone saw how cruel our elimination from the Champions League was,” said Paul Mitchell. “In fifteen years, I have never known such a tough blow after such a fantastic performance. But that’s football, it happens. It’s also why we love the game.”

At a press conference after the success against Rennes, Niko Kovac recalled how positive 2021 had been for ASM, in what was a dream first season for him on the Rock. “Last season we finished third in the championship while also being a finalist in the Coupe de France and this season we are close to the podium and we’ve qualified for the knockout stages of the Europa League. It’s been a very successful year.“ He hopes that the next one will be too.

The president of AS Monaco paid tribute to the supporters of AS Monaco in a letter addressed to them. Dmitry Rybolovlev looks back on the “new chapter” in his “life” which “began on December 23, 2011”. From the promotion to Ligue 1, the 2017 title, to epic runs in the Champions League… ASM’s President spoke of “these achievements” that “are now part of the history of our club”.

Constantly improving AS Monaco has been the challenge I have set for myself since the start of this adventure. You can count on my desire to continue on this path.

AS Monaco’s president admitted that he would never have imagined “experiencing so many strong and memorable emotions.” Since joining the club, Dmitry Rybolovlev has contributed to the success of many projects, the largest of which is the “La Turbie” Performance Centre. “Constantly improving AS Monaco has been the challenge I have set for myself since the start of this adventure. You can count on my desire to continue on this path”, he said, before thanking the ASM supporters.

“During these years, I have come to realise to what extent AS Monaco is a club unlike any other, and how special the bond which unites you to our team is, in the Principality as in stadiums across Ligue 1 and Europe, whose away sections you regularly fill. I sincerely thank you for the support you show every day to the colours Rouge et Blanc. This passion, this loyalty are one of the driving forces behind my commitment to the team.”

SEE ALSO: Letter from Dmitry Rybolovlev to the supporters