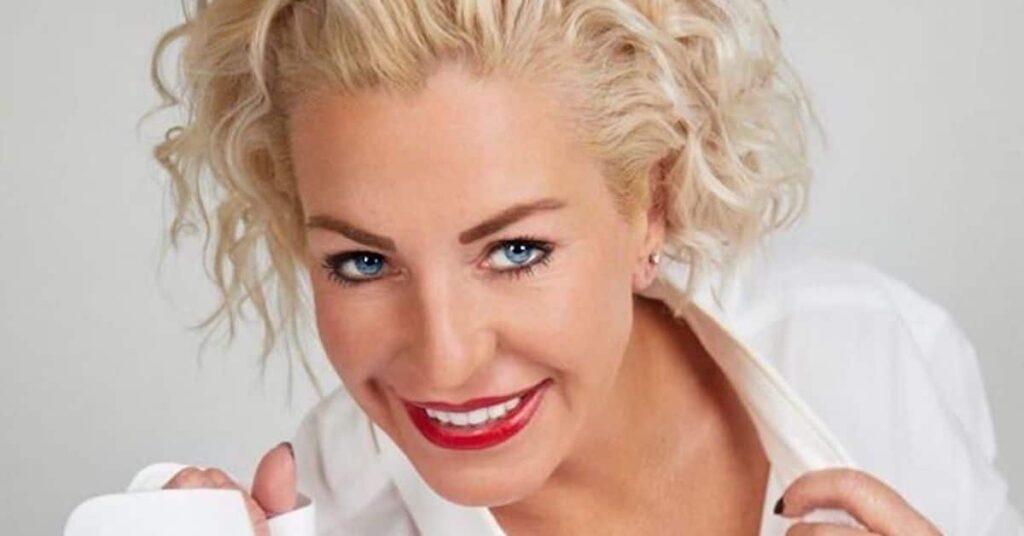 Originally from Belgium, Winny Suffys-Wathelet, alias Winny Monaco, is chalking up experiences and exploits in the Principality.

Once upon a time, there was a young Belgian hairdresser named Winny, who eventually rose to fame in Monaco… but not for her talents with a comb and scissors! A resident in the Principality for eleven years, Winny has made a name for herself thanks to appearances on television shows, but also and above all thanks to her unique creation: the Winnynaise. We take a look back at the extraordinary journey of a woman who has never been one to turn down an opportunity!

From hairdressing to television

After more than 25 years running her hairdressing salon in Belgium,  Winny finally decided to settle in Monaco, joining her husband, a television producer for CIS.  But Winny wasn’t just going to twiddle her thumbs: “I wanted to do something,” she told us. “So I ran the little shop downstairs from us, at the Larvotto.”

At the time, far from the hairdressing world, Winny took care of “Karen Millen” twice a week: a women’s ready-to-wear boutique. “It’s something I had always wanted to do: dress women, give them advice. At the same time, I was helping my husband at the office with his paperwork.”

But with the health crisis, the store shut up shop and now only exists online. Another adventure came up in the meantime: in 2018, the young woman was approached by the M6 channel to take part in the famous culinary show “Un dîner presque parfait” (An almost perfect dinner), in an episode devoted entirely to the Principality.

“I wasn’t very keen at first, I had seen how the candidates had a go at each other during the show,” Winny recalls. “But my husband and I talked it over with the producers at M6, who told us that they would be very careful and that a famous personality would be taking part.”

And the celebrity in question was none other than Daniel Ducruet, Princess Stéphanie’s former husband. He actually won the culinary competition and for Winny, a great admirer of the Princess since her teens, the encounter had brought her a little closer to her idol. But little did she know that her participation in the show would be the start of a new chapter in her professional life.

SEE ALSO: Monegasque artist launches her own TV show in the US

During the competition, and on a Belgian theme of course, Winny treated her guests to her own low-fat mayonnaise recipe, with -30% fat. The sauce was a real success and the participants in the show immediately christened it “Winnynaise”.

I sent a bottle to the Prince’s Palace (…) They had it all week!

During lockdown, Winny decided to market her secret recipe, which is made in Belgium and sold in certain shops in Monaco, in particular at the Petit Casino on Boulevard d’Italie. Some of the restaurants in the Principality also agreed to use Winnynaise in their dishes. These include Miami Plage, Arrow Burger or Malizia Bar, which also serves a “Winny Bagel”.

The icing on the cake, is that the Prince’s Palace even tasted it: “I sent a bottle to the Palace and received a letter three days later, telling me that they liked it.  I also heard from a person who works there that they had it all week!  You get the feeling that in Monaco, people want to help, and they are proud when you succeed! “

On the strength of this first TV experience, Winny agreed to take part in other shows, such as the Belgian version of “Reines du Shopping” (Shopping Queens), shot in Monaco, which she won. “It reminded me of an old dream,” says Winny, “To have my own show, and to give people a makeover on a small budget. To show that you don’t have to go to big name brand stores to look good. “

While waiting to showcase women, Winny likes to promote the Principality. When she took part in the “Monacovrowen” programme, which followed four Belgian residents in their daily lives, Winny wanted to showcase local institutions, such as Monte-Carlo Bay or Club 39.

Also very active on social networks, Winny Monaco now has more than 6,000 followers on Instagram. The young woman poses alongside Artur, her one-and-a-half-year-old Pomeranian, who also has 500 subscribers on the platform. “I want to show young people that they need to be bold. I started out as a hairdresser and I have done a lot of things in my life. But I never thought that one day I would have my face on a jar of mayonnaise. Anything is possible in life, but you have to believe in it,” says Winny.

This theme will soon be used in a new programme produced by the British channel BBC Two, which has already filmed a pilot featuring Winny Monaco and her extraordinary journey.