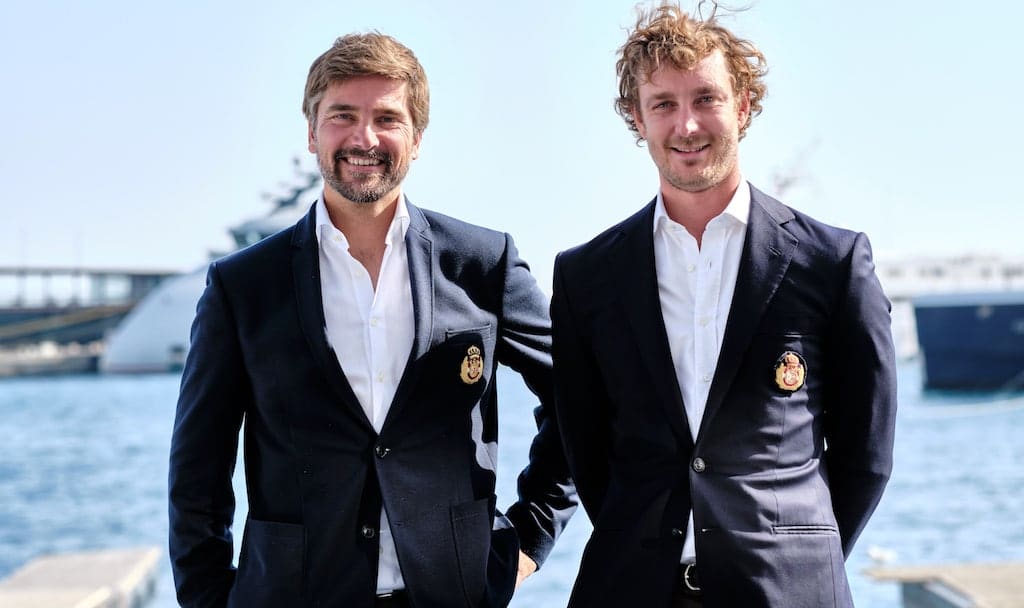 At the start of Monaco Ocean Week, the German yachtsman and the vice-president of the Monaco Yacht Club set out the broad strokes of their new racing schedule on board the latest Malizia, the third of that name.

Initially, he took time to think, even hesitate. A long time. But the urge was too great, too strong. After a few weeks of well-deserved rest at the end of his first Vendée Globe, in which he finished in an unhoped-for fourth place, Boris Herrmann finally decided to take on the oceans again.

This is the first time we have built our own boat

At the age of 40, the German skipper from the Monaco Yacht Club is about to experience three exciting years aboard the Malizia III, a unique vessel in its category. “This is the first time we have built our own boat,” said Boris Herrmann. “We were able to contribute our vision and ideas, resulting in a new boat with more curves, which is not very fast on a calm sea, but is efficient in the rough seas we expect to face in the next Vendée Globe.”

A heavier, “banana-shaped” boat, which will put to sea for the first time on 19 July in Lorient. “Boris made difficult decisions on the design of the boat, we don’t know if they will pay off, but I sincerely believe that we are headed in the right direction,” said Pierre Casiraghi.

“This was by no means a foregone conclusion.  When Boris finished the first Vendée Globe, he didn’t really want to do it again.  It’s such a difficult time, living on your own for eighty days, with very little sleep.  But building our own boat is a huge opportunity. It promises to be a unique experience.”

The boat will be in the Principality in summer 2023

This year, just a few weeks after completion of its design and launch, the new Malizia III will take part in the Route du Rhum, a legendary solo race that will. stretch from Saint-Malo to Guadeloupe.

In January 2023, Boris Herrmann will take part in the Ocean Race, which will leave from Alicante with stops in Cape Verde and Cape Town, going round the legendary Cape Horn and finishing in Brazil. “Conditions wil be the same as in the Vendée Globe,” Boris Herrmann points out. “That’s when we’ll find out if our concept works.”

Pierre is totally involved in the project, as well as being a friend and great moral support for me

After these two big races the Malizia III will sail for the first time in the Mediterranean, stopping over in Genoa in June and arriving in Monaco in July 2023. After the Transat Jacques-Vabre, Boris Herrmann will finally be able to focus on the Vendée Globe 2024, the main goal for Team Malizia. There will always be a laboratory on board, to provide new data to scientists.

SEE ALSO: Boris Herrmann sails solo round the world to save the oceans

“There isn’t much data on these parts. Hardly any boats go to Antarctica, and there is no commercial traffic”, the skipper explains. “We are practically the only ones who go there. Our schedule has us going round the world twice, so we will be able to stock up on data again.”

Funded in large part by its seven sponsors, including the Monaco Yacht Club, Malizia III shows a lot of promise. Much to the delight of the inseparable duo of Boris Herrmann and Pierre Casiraghi. “Pierre is totally involved in the project, as well as being a friend and great moral support for me.”

A huge project that will have a great impact on the younger generation at the Monaco Yacht Club.  “Our aim is to share this with the youngsters and get all the children from the sailing school involved,” says Pierre Casiraghi. “They are curious and want to protect their environment. It’s a pleasure to talk to them.”