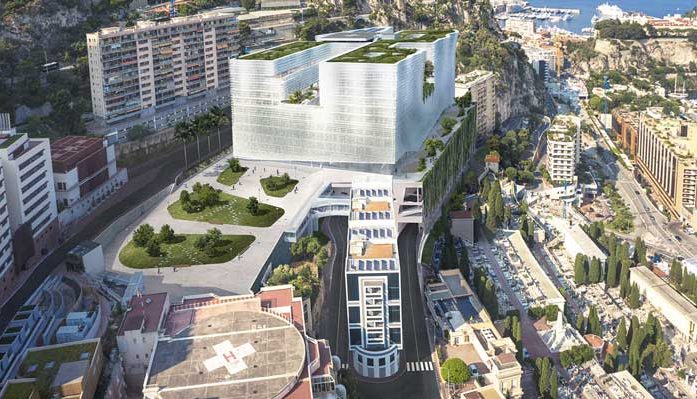 The Principality’s Government has entrusted French company VINCI Construction with phase 1 of the structural work on the Centre Hospitalier Princesse Grace (CHPG).

Construction of the new CHPG is underway. This major project for the Principality should be completed by the end of 2025. Monaco’s Government has called on the VINCI Group to carry out the vast undertaking for a total amount of 98 million euros.

SEE ALSO: PHOTOS. 5 projects that will shape the Monaco of tomorrow

This contract covers construction of the first new building, consisting of two sixteen-storey structures and an underground car park on six floors, for a total floor surface area of 65,000 m².

A project with a low carbon footprint

This operation is part of the expansion and modernisation of the Princess Grace Hospital. The current hospital will continue to function during the work, with a noise protection dome in place during the earthworks and support phase to mitigate noise pollution in what is a dense urban environment.

The project will use the Exegy® approach launched by VINCI Construction, whose aim is to make the use of low-carbon concrete more widespread. 85% of the concrete used on the project will be low-carbon, with a composition that reduces greenhouse gas emissions by 30%.

The bioclimatic design of the outer shell will ensure comfortable temperatures inside the building, with corrugated high performance concrete sunshades across its entire façade. Most patients will have a sea view from their room.