PHOTOS. A day trip to Beaulieu-sur-Mer 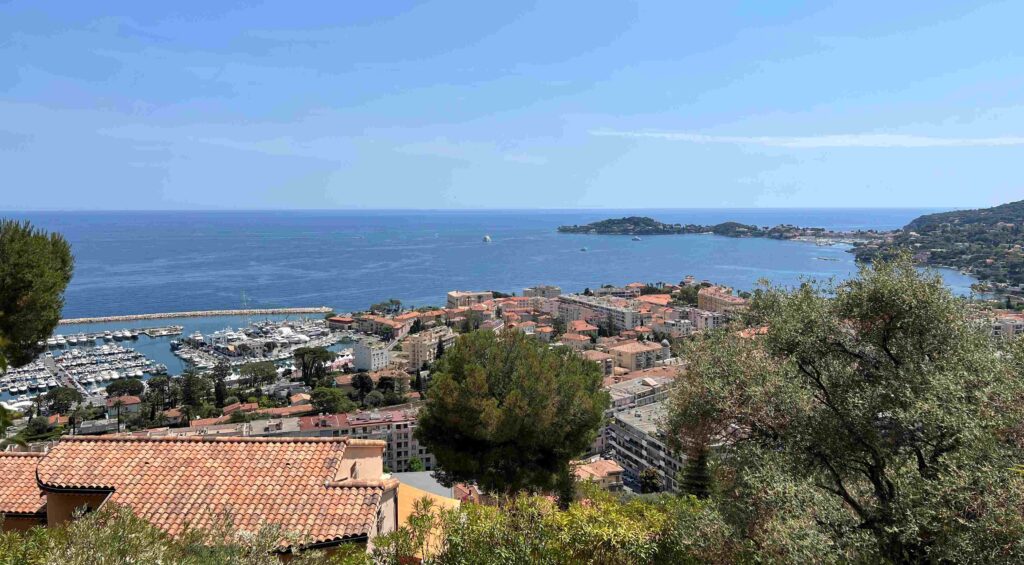 Beaulieu-sur-Mer is a small town on the French Riviera, located between Nice and Monaco. We spent the day there and wanted to help you discover this tourist destination in pictures. If you like leisure activities, history and escapism, read on!

Welcome to Beaulieu-sur-Mer train station. It’s a 10-minute train ride from Nice or Monaco, and there are two trains per hour. The full fare in the TER (regional train) costs €2.30 from Nice and €2.70 from Monaco. A few metres from the train station, the city’s tourist office is happy to welcome you. (See the map at the foot of the article).

Morning means market in Beaulieu. From Monday to Saturday, different producers set up their stalls on the marketplace, close to the train station. The market runs from 8am to 12: 30pm (not fixed times), and there are a few extra stallholders on Saturdays, for example a cheese producer and a butcher/charcuterie stall.

Head for the Marina, one of the two ports in the city. Several restaurants, 13 to be precise, are located here, along with the 32 shops in the harbour area.

We have lunch at the African Queen, with its view of the moored yachts and the blue sky. The establishment is very famous, its success in part due to it being regularly frequented by celebrities such as Sylvester Stallone, the Rolling Stones and Jack Nicholson, to name but a few. Beaulieu has many restaurants, mainly serving French, Italian and Mediterranean cuisine. At the African Queen, it costs 40 to 50 euros per person for a main course, dessert, drink and a coffee to finish off the meal.

Nothing beats a stroll in the Olivaie gardens to walk off that lunch. It covers 6000m², and you can sit in the shade of the hundred olive trees, on a “kikuyu” lawn, which is typical of this place. Located above the marina, it is one of two gardens of the town, the other being the Square Verdun. The Olivaie Garden is open from 8am to 7pm in spring/summer and until 6pm in autumn/winter.

On the other side of the town, la Baie des Fourmis (Ant Bay) boasts fine sand and almost turquoise water. The Souchon-Voulzy singing duo even dedicated a song to  “La Baie des Fourmis”, under the gardens of the Casino and La Rotonde. Its strange name comes from the mounds of dead grass that once used to form on the shore. They had the shape of anthills, and the fishermen who passed by offshore renamed it “Ant Bay” . It also offers a breathtaking view of Villa Kerylos.

Speaking of the Kérylos villa, here it is. Designed by archaeologist Théodore Reinach and architect Emmanuel Pontremoli, the Kérylos villa takes us back to Greek antiquity, with its decorations and comfort, modelled on a noble’s house on the island of Delos from the 2nd century BC. It is open to the public all year round, from 10am to 6pm in summer and until 5pm the rest of the year. Admission costs €11.50 and is free for minors and 18-25 years old residents of the European Union. Guided tours are available.

Beaulieu is also a town for leisure activities. As we leave, we pass in front of the town’s Casino. It reopened in 2014 after going into receivership in 2010. After major renovations, the venue is now home to a gambling casino, a theatre, a restaurant and a cinema

A few metres further on, two very beautiful buildings dominate the seafront.  The Bristol is a former luxury hotel frequented by many princes, princesses, kings and queens and has now been converted into apartments; The Rotunda is a large circular room with glass apses, which was used as an additional lounge for The Bristol and served in particular as a hospital during the 1st and 2nd World Wars.

Beaulieu demands a head for heights. Behind the city centre, hundreds of stairs take you to the hightest point of the town. This is part of a hike, the “Little Africa” circuit, which lasts 1h30.

One of the most beautiful views from the hike. We’ll let you in on a piece of history as you catch your breath. Beaulieu-sur-Mer has been an independent town since 1891, being under the authority of Villefranche until then. The town’s first mayor was Hippolyte Marinoni. He only occupied the position for 19 days, but gave money to the municipality until his death. He financed a school, the station, the sewers and part of the harbour. The town and the Anglican church share a common history, especially since the construction of the Anglican Church of St. Michael in 1903, consecrated by the Archbishop of York.

The return portion of the walk passes among the Belle Epoque style villas. Dozens of them are built on the town’s hills. The Belle Epoque period (1870-1914) was one of change for Beaulieu-sur-Mer, as the small hamlet grew into an attractive town.

Our lovely day out ends here! The end of the hike leads directly to the city centre, a few metres from the train station.