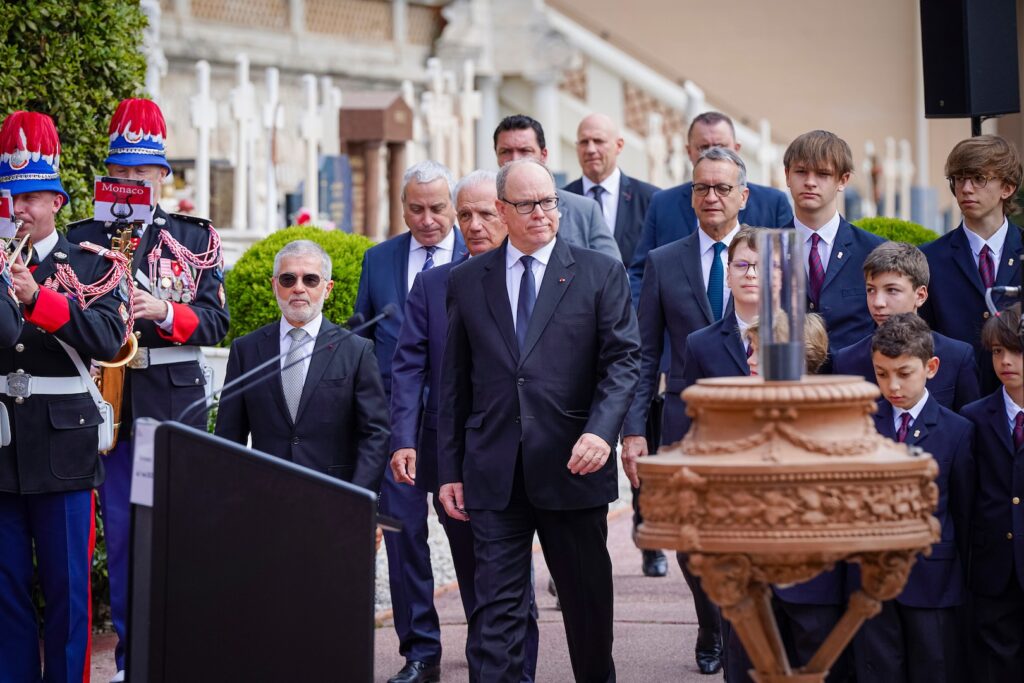 For the 100th anniversary of the Société des membres de la Légion d ‘Honneur (Legion of Honour members’ society), the flame of the Unknown Soldier travelled from Paris to Monaco with a stopover in Toulon. This is the first time it has left France.

The ceremony to commemorate the end of the war in Europe and the Victory over Nazi Germany took place on Saturday 7 May at the War Memorial in Monaco cemetery.

As clouds gather once again over Europe, the Sovereign expressed his concern about the conflict in Ukraine during his speech: “peace is never guaranteed”.

He also took the opportunity to pay tribute to the “258 servicemen from the Principality who fell on the field of honour during the First World War” and to remember his ancestor Albert I, who received the Legion of Honour for his participation in the Great War.