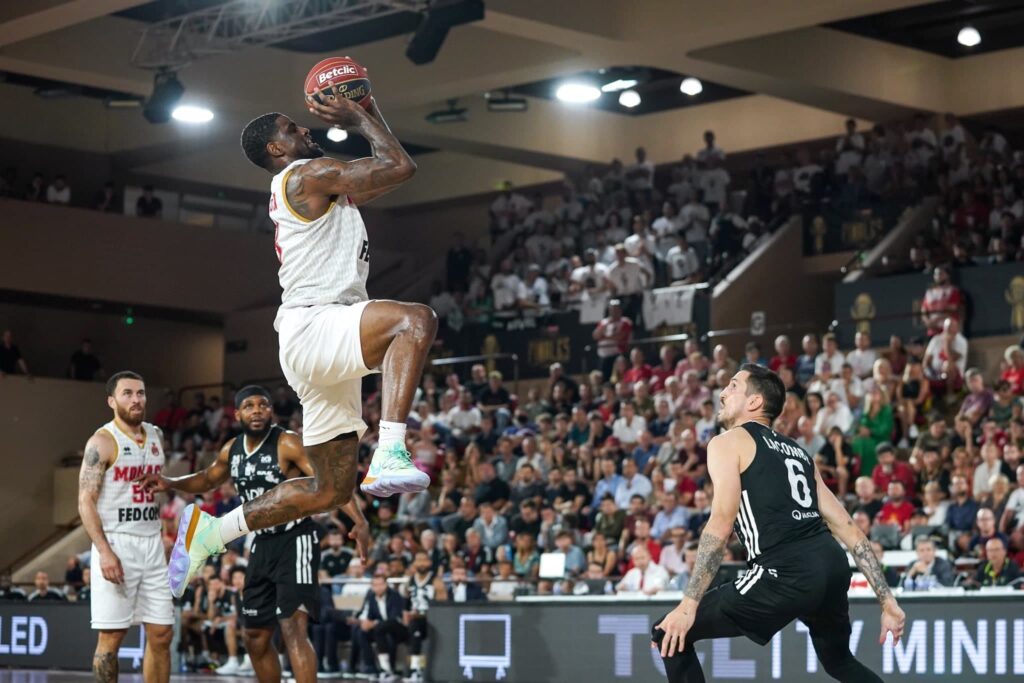 On Wednesday evening at Gaston Médecin, AS Monaco Basket had a chance to end the finals and take the first title in its history. The Monegasques couldn’t pull it off, however, and lost (68-85) to a solid ASVEL team.

Too much pressure perhaps. One leg away from writing AS Monaco Basket history, with a first French championship title, in front of their home crowd, the Monegasques didn’t get into the match straight away.

With sub-par shooting, Mike James’ teammates were 0-7 down at one point and finished this first quarter 13 points behind an ASVEL team that was buoyed by an on-form Elie Okobo (7 points in the first quarter).

Although Sasa Obradovic’s men came out all guns blazing at the beginning of the second quarter, led by Mike James (see below), and pulled back to within seven points of ASVEL, William Howard hurt the Roca Team with surgically precise three-point shots (2/2).

Dominated on the rebounds, especially in defence, the Monaco players were inevitably behind at half-time (28-41). In the second half, ASVEL continued to do their thing, with the Roca Team unable to react on what was obviously an off day, much like match 2 at the Astroballe (91-54).

A long way behind (39-63) at the start of the last quarter, the Roca Team was unable to pull back despite a late surge just minutes from the end, leaving ASVEL to win its second match and pull level in these French championship finals.

To grab that elusive first championship, the Roca Team will have to win on Saturday night (8: 30pm) at the Astroballe. The Monegasques managed to create an upset in Game 1. And they will be hoping for a repeat performance on Saturday.

He was sorely lacking in three-pointer accuracy for a long time in this 4th leg of the finals, before slamming in two in a row at the end of the match (2/8). But Mike James was still the game’s top scorer (34 points) for the Roca Team.

It was he who tried to spark the first rebellion in the second quarter. Unsuccessfully. Alongside him, Dwayne Bacon was also unlucky behind the hoop (0/2), but still managed to notch up 10 points, for 4 rebounds, in a Roca Team that was offensively timid overall.

The statement: “It’s going to be tough, but we still have one last chance”

Léo Westermann: “I’d rather not  dwell on the match. Pressure? It should be positive pressure really. There are things going on in this team we can’t explain. ASVEL overwhelmingly outplayed us on the rebounds. Game 5? It’s going to be tough. It’ll all come down to details. But we still have one last chance to win the title.”