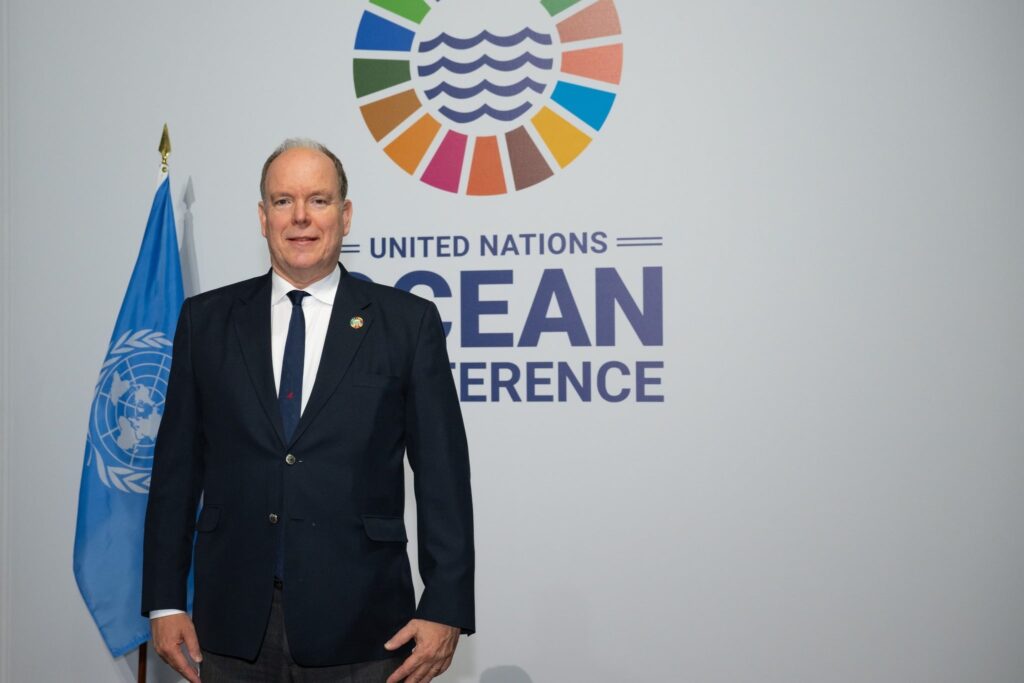 The United Nations Ocean Conference is being held in Lisbon from June 27 to July 1. It is an opportunity for Monaco to defend an environment that is close to its heart.

Oceans play a key role in climate change. The United Nations (UN) has assembled experts and heads of state to organise collective solutions to the dangers threatening the oceans.

Among these, protected marine areas remain the most effective safeguard. The UN has already set a target for countries to designate 10% of their marine and coastal zones as marine protected areas. At the next Convention on Biological Diversity, this percentage should rise to 30%.

“The Poles are an essential link in the Ocean system. […] I would like to emphasise the extent to which this role is also political, given that the Poles concentrate, like a laboratory, most of the questions we are faced with when it comes to taking action for the oceans ,” said Prince Albert II on Wednesday, 28 June. The Sovereign also stated that  the Poles [were] facing multiple threats.”

SEE ALSO: Prince Albert II: “our contemporaries are gradually grasping the need to take better care of the oceans”

A side-event to raise the alert and find solutions

The event brought together a panel of scientists and experts from the polar regions as well as artists and filmmakers to discuss the importance of polar oceans in climate and ocean change.

It was considered essential to make the science more understandable for the general public in order to accelerate awareness-raising and generate stronger commitment.