Prince Albert II: “our contemporaries are gradually grasping the need to take better care of the oceans” 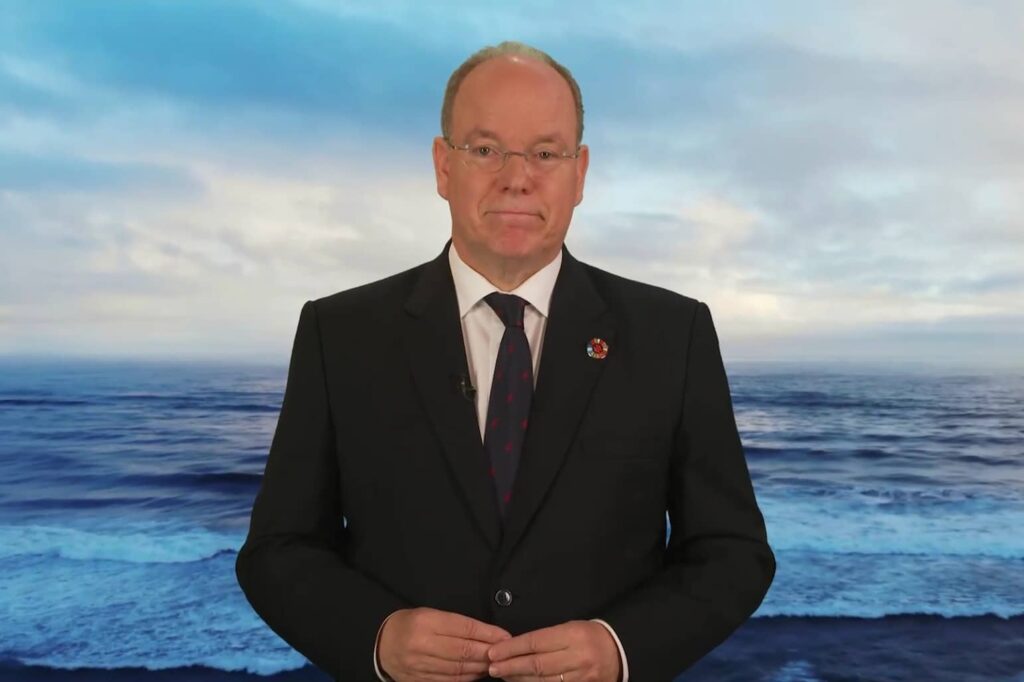 Today is World Ocean Day. To mark this occasion, Prince Albert II spoke in a video to stress the importance of preserving the oceans.

On the Prince Albert II of Monaco Foundation’s social networks, the Sovereign declared: “our contemporaries are gradually grasping the need to better preserve the oceans against the many threats they face: global warming and pollution, but also water acidification, overfishing, certain forms of irresponsible aquaculture, the exploitation of mineral resources and hydrocarbons and […]the loss of biodiversity”

Fortunately, confronted with this important challenge, multilateral institutions are now working on better regulation of the oceans and seas with two important dates set this year.

Beginning with the Lisbon Conference on 27 June, where all the different forms of threats to the oceans should be addressed. At the end of August, in Kunming, China, COP 15 will be the second major event of the year. It will focus on biodiversity, in particular through protected marine areas. According to the Sovereign, “we must develop them quickly and in an ambitious manner”.

The Prince calls for these events to be an opportunity “to make progress on concrete measures” such as “limiting plastic use, improving wastewater treatment, regulating fishing, protecting the most fragile systems.”

A source of food, economic activity and energy, the preservation of the oceans helps to meet many of the sustainable development goals set by the United Nations in 2015. This is the case for Goal 1 against poverty, since the ocean represents a high economic potential, Goal 13 against climate change, but also Goals 2, 6 and 7, respectively on hunger, access to water and energy.

The Prince concludes with a wish: “I hope that this day will help us move forward in this direction so that we can reconcile humanity and the sea through a more sustainable development model.”