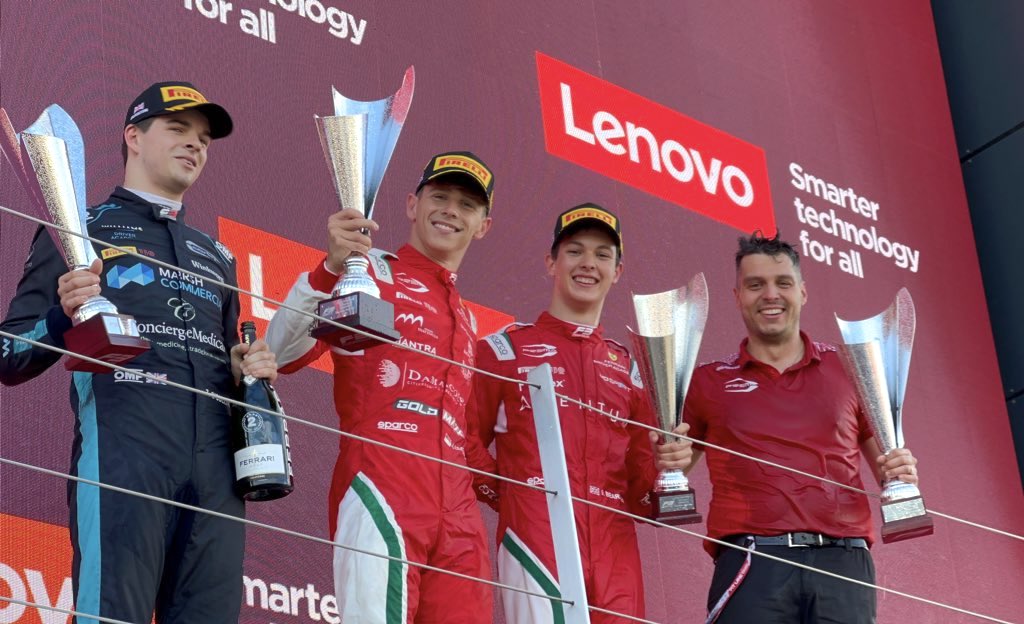 The Monegasque driver won his first victory of the Formula 3 season this Sunday in Great Britain, on the Silverstone circuit.

Under the watchful eyes of Charles Leclerc and Lorenzo Tolotta-Leclerc, who were there to see their younger brother take the win, Arthur Leclerc (Prema) was congratulated by the entire Ferrari clan after his success in the feature race of in FIA F3’s fourth leg.

Arthur Leclerc drove a masterful race, despite the introduction of a safety car, and managed to get the better of Zak O’Sullivan (Carlin) thanks to his DRS.

Winning of the race ahead of his teammate, the young British driver Oliver Bearman (Prema), Arthur Leclerc has shaken up the world championship rankings. He is now second with 71 points, just behind Victor Martins (77 points) and ahead of Isack Hadjar (68 points).

“It was a fantastic race,” he said after his victory. “We set everything in motion to take the lead and win.  Managing the tyres wasn’t easy, but we got there. It’s going to be a great battle right up to the end of the season.”

The next race is next weekend in Austria (8-10 July), on the Spielberg track.