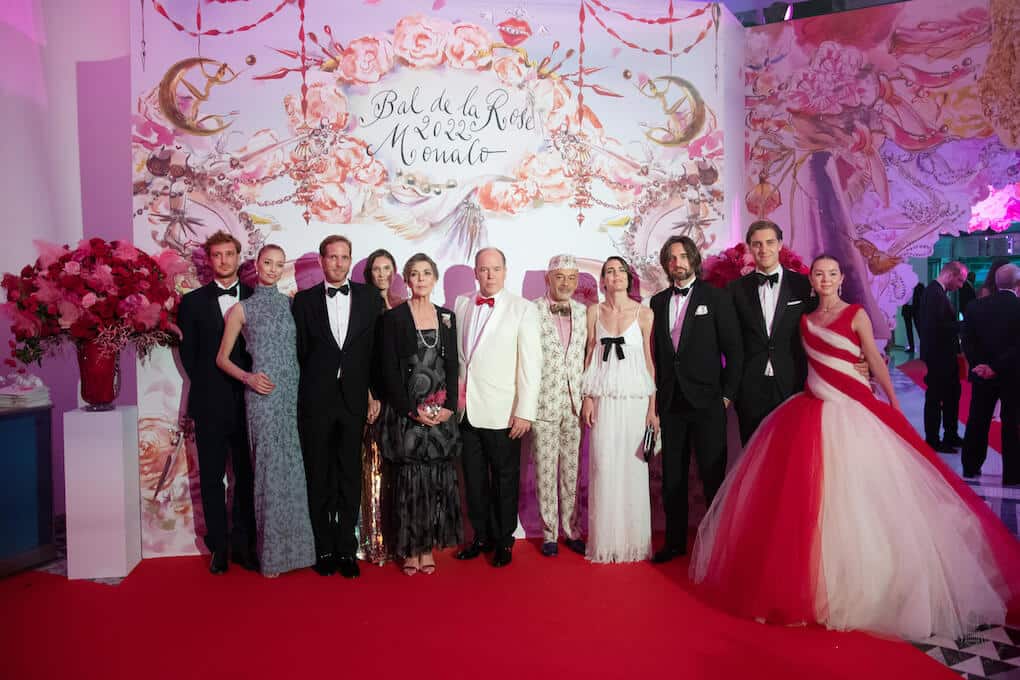 We take a look back at this magical evening.

To say it was an eagerly anticipated event in the Principality would be an understatement! After a two-year hiatus due to Covid-19, the Bal de la Rose, presided over by Princess Caroline, made its comeback in Monaco, more glitzy and glamorous than ever. With the theme “The Roaring Twenties”, the Princely Family, Christian Louboutin and all the guests outdid themselves with some fabulously elegant outfits.

During an exquisite meal, the guests were treated to an enchanting show in which the artists demonstrated the extent of their talent. Among them, Dita Von Teese, who ‘made a splash’ by dancing in a giant champagne glass.

Another highlight of the evening was the raffle, presented by Stéphane Bern. There were some prestigious prizes to be had, such as Louboutin pumps or a flight in a private jet.

The evening ended with couples taking to the floor for the traditional Ball, lending a final touch of magic to this charity event, which is held every year in aid of the Princess Grace Foundation to raise funds for hospitalised children and their families.