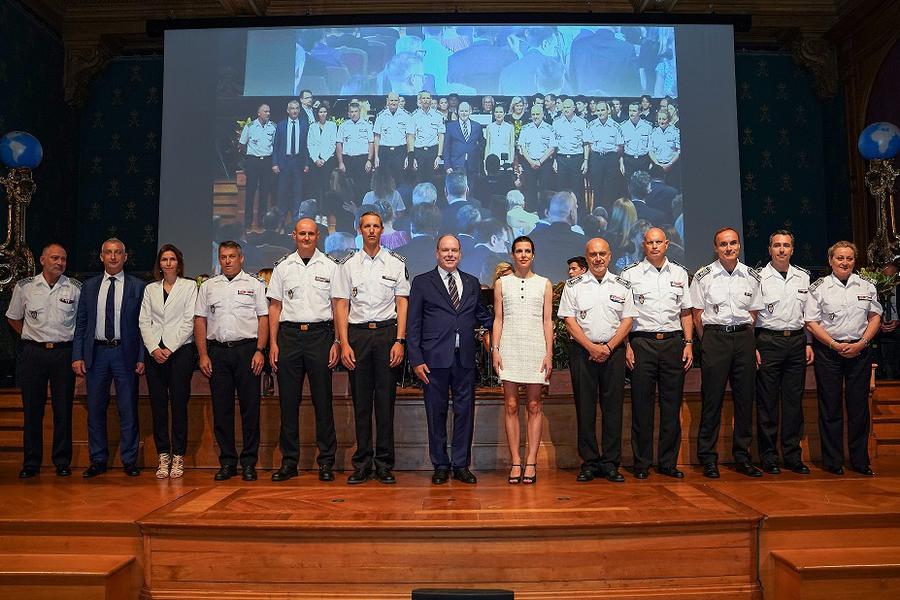 The ceremony was held at the Oceanographic Museum and was attended by Prince Albert II.

To celebrate this 120-year history, 300 people were present at the Oceanographic Museum of Monaco, including Prince Albert II, Charlotte Casiraghi as Police Department Ambassador, Pierre Dartout, Minister of State, Patrice Cellario, Minister of the Interior, Richard Marangoni, Police Commissioner, as well as many active and retired members of the Department.

Security is an important factor in attracting new residents to Monaco and the Police Department perfectly meets its remit in that regard.

There are many commemorative activities in honour of the anniversary: a comic book by Yvon Berorello is due to be published in November, there are two limited edition watches by the Swiss brand Tudor, a commemorative stamp, a painting by Claude Gauthier, a 2022 greeting card created by students who framed and signed it, and a book recounting the 120 years of the Police Department.

During the ceremony, exceptional badges were awarded to Police Officers Guillaume Oversteyns and Charly Dubrulle for acts of courage and dedication.