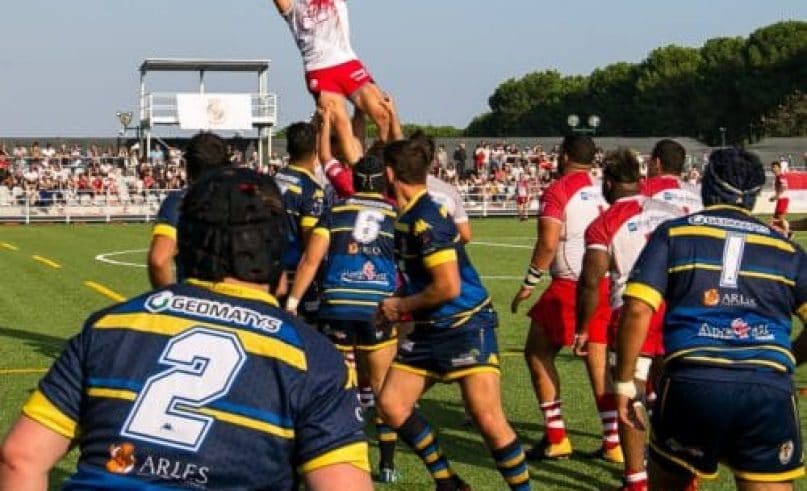 It was necessary to write the last page so that the story could be even more beautiful. Now, it is finished. ASM Rugby has won the territorial final at the end of an exceptional season that sees the team enter the Federal 3 division.

AS Monaco rugby had already punched its ticket for the jump to Federal 3 next season after its victory on the field of Fos-Istres (13-40) on March 10th. But this team has an appetite for victory and did not miss the opportunity to display the season-long dominance that took them to the top of the table. Saturday, at the Pierre-de-Coubertin stadium in Châteaurenard, the team handily defeated US Mourillon during the Provence-Alpes-Côte-d’Azur territorial final.

A trophy in the Principality

As the cherry atop an already delicious cake, the ASM is bringing the championship trophy back to the Principality after a solid win (17-11). Enlisted in the first period, two tries by Jean-Yves Uatini and Andrea Vallarino – and a transformation by Maxence Picardet – were enough to secure comfortable management of the match. In the second half, Luciano Orquera and Sylvain Masson’s men managed to maintain the advantage even if the Var managed to register some points. As a sign of fate, the Monegasque reserves also took down the leader of their league (23-8). Full steam ahead for club president Thomas Riquet who continues to structure and grow the program at every level.

And now to the final phase of the France Honneur championship. The adventure will start on May 5th against a still unknown opponent. But, “with such a season, we can really have ambitions in the French championship,” the forwards’ coach, Luciano Orquera, promised. Meanwhile, the Monegasques will celebrate their trophy and get some rest. Territorial Champions in Honneur, qualified for the finals of the championship, guaranteed to play in Federal 3 next season, they have already largely fulfilled their task.