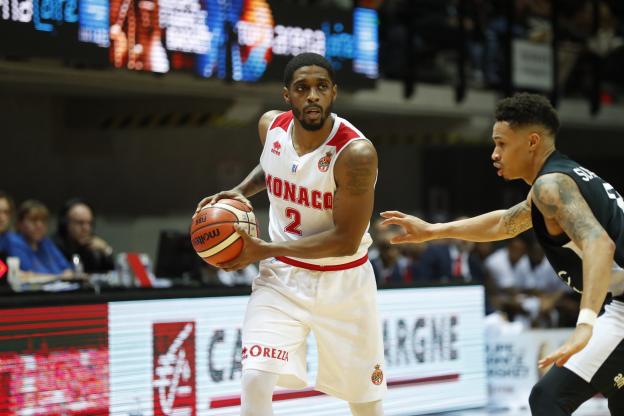 The Roca Team registered a tenth straight win in Jeep Elite Basketball league play against Dijon. Most importantly, the team delivered a high-level match to come through and win a game where plenty of things were not going in their favor.

We cannot help but think that the Roca Team’s seeming invincibility will wear off one day or another. But in the meantime, Monegasque supporters are enjoying their team’s tenth straight win, which came against Dijon (84-81). What’s more, they won in an arena where Strasbourg, ASVEL, and Limoges have all lost matches in recent weeks.

Suffering a 10-0 run by the home team from tipoff and pushed into an uncomfortable come from behind situation, Sasa Obradovic’s men hit hard in crunch time to turn the game on its head after trailing behind for the entire game.

ASM dominant in the second half

In this very high-level match, the JDA did indeed bring its best basketball to the floor. Their aggressive defense and quick attacking style, led by the master hand of David Holston (21 points, 8 assists), forced Monaco into several turnovers. The home side led by as many as 16 points at half-time (37-21). But the Roca Team did not roll over, despite this rather unimpressive opening display.

On the contrary, the Monegasque side dominated in the second period, evening the score and leaping past their opponents with a thrilling push, especially in the fourth quarter where they scored a 28-point deluge to seal the victory. The speedy comeback is owed to  a rediscovered defensive efficiency, and the Roca Boys committing only one turnover in this second act. The unfortunate absence of Jarrod Jones made up for on the attacking line by good games from Yakuba Ouattara (20 points), Dee Bost (14 points) and Paul Lacombe (12 points, 7 rebounds).

With this victory, the Roca Team consolidates its second place in the rankings. They currently share this slot with Pau-Lacq-Orthez and Nanterre. Next big test: an away match against league leader Villeurbanne on April 24th.