Place d’Armes has been changing for 3 days. The excitement of the Grand Prix is ​​already being felt. However, before the F1 fans can come and have fun in the fan zone, the preparations must be finished. The official opening is tomorrow.

This Tuesday, several workers were applying the finishing touch. The scene on which the interviews of the drivers, as well as the autograph sessions, is almost ready. Only the last decorative details are missing.

For the Red Bull and Ferrari stands, members of both teams are on site. The two drivers of the team are expected today at 6 pm for a test session simulators. They will establish a reference time. Tests will not be accessible to the public.

The Automobile Club of Monaco, which has been managing the implementation of the Monte Carlo Grand Prix Live for six years, is now used to the various constraints. “We have improved a lot since the first edition, we try to minimize the nuisance for the respect of the life of the Monegasques”, explains the person in charge of the development of the site.

For the moment, apart from the noises of the machines, everything is very calm. Tomorrow it will be another story. In all, some 80,000 people are expected during the four days of the Grand Prix. To guarantee the safety of the fans, strong measures are implemented. 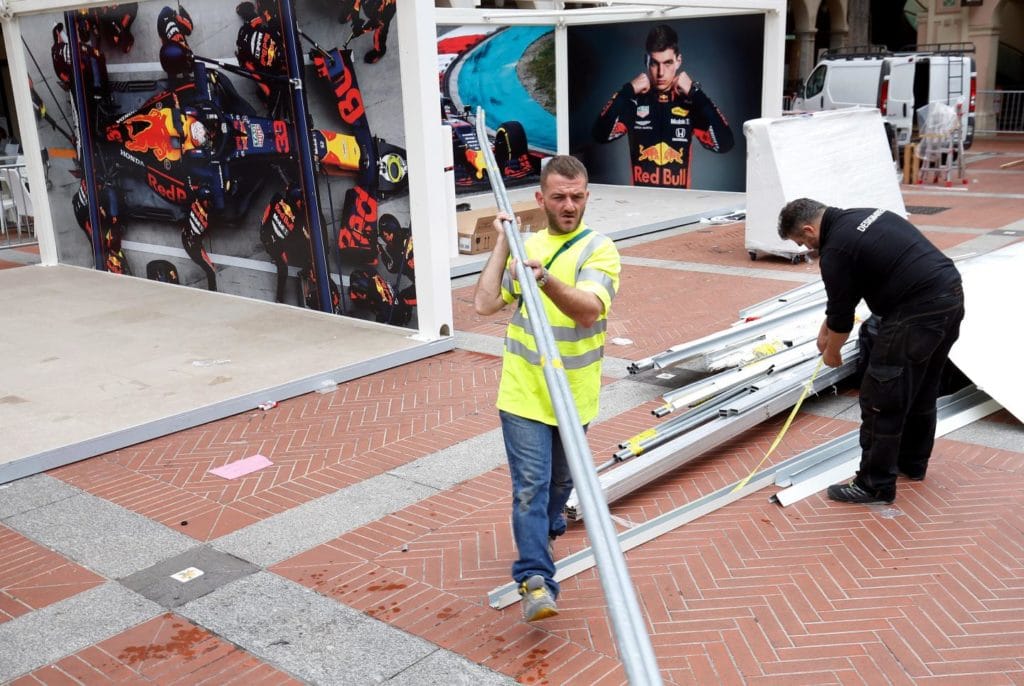 “We have security checks that will be operated in the six entrances to the Place d’Armes. Agents will check the bags at each entrance and other measures will be present so that visitors and exhibitors are in total safety”, says the ACM framework.

The Monte Carlo Grand Prix Live will be open tomorrow, from 9 am to 9 pm, during the four days. Many prizes to be won. A guaranteed show to celebrate the 90th anniversary of the MGP.

The opportunity to take a picture with the official posters of the Monaco Grand Prix.

You can discover the world of the new team of Charles Leclerc. A virtual reality simulator will be present to immerse you in the skin of a pilot.

A three-seater Ferrari car will be on display. You will be able to take a picture of yourself at the wheel of the racing car.

Simulators will allow you to challenge your friends and try to beat the time set by the real drivers of the team.

Have you ever dreamed of changing the wheels like the mechanics of the stables? This stand will be an opportunity to measure yourself against the pros and try to beat the reference time.

Meeting with the drivers

Friday at 13:45, the drivers will parade on stage. After the interviews, they will sign autographs.

Two concerts will fuel the atmosphere of Monte Carlo Grand Prix Live by Emily Johnson. The artist will perform on stage Saturday at 6 pm and Sunday after the Formula 1 race.

Note that all races will be broadcast on a giant screen of the fan zone. Monte Carlo Grand Prix Live will be open for four days from 9 am to 9 pm