Why Laurent Koscielny would be a great addition for AS Monaco After nearly a decade of decorated service for Arsenal, their inspirational captain, Laurent Koscielny, appears set to move on for pastures new in the summer transfer window.

With many questioning whether he’d recapture his form following his devastating achilles injury last year, which heartbreakingly forced him to miss out on running out for France at the World Cup in Russia, the mentally formidable Frenchman impressively came back.

Although it was a long, slow and painstaking recovery for the 33-year-old, all his hard work and dedication finally paid off when he returned for the Gunners in December of 2018. Taking some time to fully recalibrate and get back to his best, it wasn’t long before he was up to speed and performing at a level resembling his best.

Putting in some exemplary shifts both domestically and in Europe, he was instrumental towards Unai Emery’s men keeping clean sheets against Napoli (twice), Chelsea, Manchester United, Southampton, Watford and Rennes.

“He worked all summer to come back as quickly as possible and when he came back he played four games in a row after a big injury. That is really hard. He has helped us all season to be better in defence. We all have big respect for Laurent,” his teammate Alexandre Lacazette insisted.

Arsenal’s committed skipper certainly set the tone and led by example with his quality to round of the season, even though the Gunners ultimately fell short in their quest to win the Europa League and finish in the top four.

Blending intelligence, athleticism and nous, the veteran stopper proved a real force to be reckoned with in the closing months of the campaign.

Full of concentration and so awake to his opponents’ movement, he tracked his markers vigorously both when they dropped deep, ran in behind or performed crossovers. Key to this was his astute ability to read the play, respond swiftly to triggers and spring into action when his foes made their move. For example, when his man dropped deep, Koscielny followed closely, meaning his man struggled to take a clean first touch, couldn’t turn him and subsequently battled to execute their actions cleanly.

Koscielny alert to runs in behind It’s also notable when monitoring his foes’ bursts into the box how he kept tabs on them diligently so they couldn’t enjoy the freedom to fire off shots on goal.

Positionally sound and possessing fine judgement, he shrewdly knew when to step out, drop back, shift across and cover for a colleague.

Koscielny smarts to cover behind Moreover, the way he communicated and gestured to his colleagues on where they should situate themselves helped them remain compact and cover important zones as a collective. So quick at picking up the ball’s trajectory, he adjusted his positioning accordingly to cut out crosses, cutbacks and through balls into the box too.

Despite his horror injury, his pace has still remained excellent, allowing him to track speedy forwards, cover any blown marking assignments or get back briskly to snuff out fast breaks.

Physical, smart and forceful in the challenge, he timed his interventions nicely for the most part, as he applied his tackles cleanly and was never afraid to put his body on the line in aerial confrontations and when blocking shots. Getting the fundamentals spot on and undertaking his duties in a composed manner, with just the right of aggression, he emphatically demonstrated what a class act he is.

Meanwhile, when it came to his offensive impact, the former Lorient lynchpin contributed adeptly in this phase. Passing the ball around coherently, he recognised when to circulate possession while his team waited for a weakness in the opposition block to exploit, when to play back to the keeper, switch the angle of the attack and when to play penetrative line breaking passes forward. Furthermore, being competent with the ball at his feet enabled him to embark on neat upfield runs in order to provoke a pressing action, something that vitally opened up passing lanes to generate a free man. Also capable of beating his man when afforded the opportunity to surge forward and aware of where best to position himself to manufacture numerical and positional superiorities in build up, this only amplified his influence.

With so many teams interested in acquiring his services, including Inter Milan, Fenerbahce, Bayer Leverkusen and AS Monaco, it’ll be fascinating to see where he ends up. A move to Monaco makes for particularly interesting reading, however, as this would add some much needed experience and quality to the Monegasques who are looking to challenge again at the top end of Ligue 1.

This potential transfer would also see him link up again with former Arsenal teammate in Cesc Fabregas, which looms as an exciting proposition for the ambitious club.

Whatever the future holds for the outstandingly resolute central defender, it’s been fantastic to see Koscielny back playing at a high level after his traumatic injury last year. 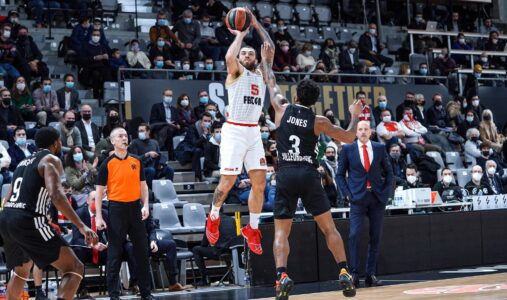 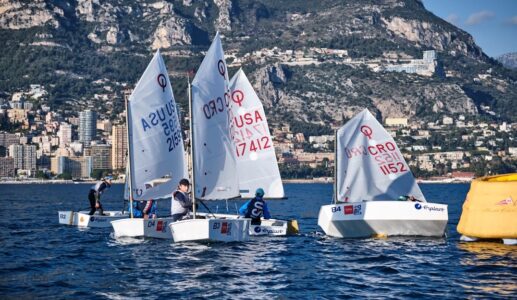