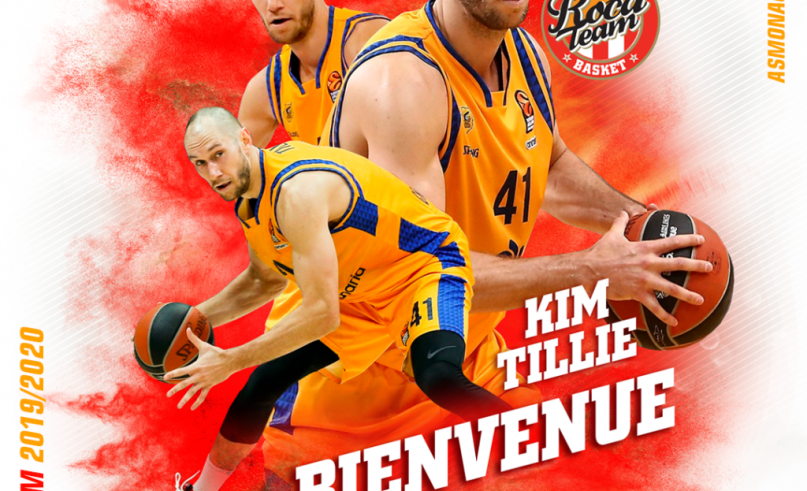 At the end of a tremendous season, the vice-champion of France has just registered the arrival of three major players. The Roca Team welcomes back Dylan Ennis, defender Wilfried Yeguete and center Kim Tillie. Three solid reinforcements that display the club’s ambitions for the upcoming season!

Fireworks all around! The Roca Team has not let up since their defeat in the last game of the Jeep Elite championship series against ASVEL on June 25th. Early July has been spectacular for the Roca Team’s front office. Last week, Dee Bost announced that he was extending his adventure with AS Monaco by two years. The leader of the Monegasque locker room was the Obradovic’s coach on the floor and lead the team through a strong second half of the season.

The club went on to announce a third, perfectly complementary recruit, that of Kim Tillie. The Azuréen is coming off a full season in Gran Canaria (33 Liga ACB matches, 19.3 minutes, 5.9 pts, 3.1 rebounds). “I’m very motivated to bring as much as I can and help the Roca Team earn the title that they narrowly missed this year. It’s something that really motivates me,” he said on the club’s official website.

Now, the fans will just have to wait a few weeks before seeing these players take the floor at the Stade Louis II.