The Monaco CIGM recorded a slight peak of traffic this morning between 7:30 and 9:30, due to the surprise strike of the TER, but no significant incident. Traffic regulators, however, advise staggering departures from Monaco this Friday night and avoid the rush hour.

“We were expecting worse when we discovered this surprise strike, we are rather pleasantly surprised,” said Max Melan, at the Integrated Mobility Management Center.

The men in the shadows who manage the traffic on the roads of Monaco have recorded a peak of traffic this morning, but out of proportion with the other strikes.

The surprise did not affect the traffic in the proportions that could be feared. “It’s probably linked to the period, all the big events in Monaco are over, there’s less traffic, and at the moment we’re shooting at 100,000 vehicles a day, which is the number of cars entering and come out of Monaco every day. It sometimes goes up to 120000. So at this moment, we can say that it is less dense, “ says Max Melan.

As a precautionary measure, the CIGM asked at 6am on Friday for a boost in bus traffic on line 100, coming from Nice.

If the traffic hassles are limited for the moment, the GMREB still recommends to spread the departures of Monaco tonight. “Many people have taken their car. You really have to avoid the peak between 17h and 18h30”. 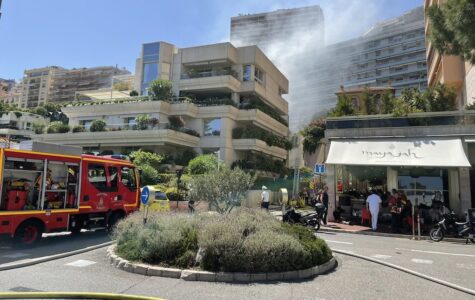