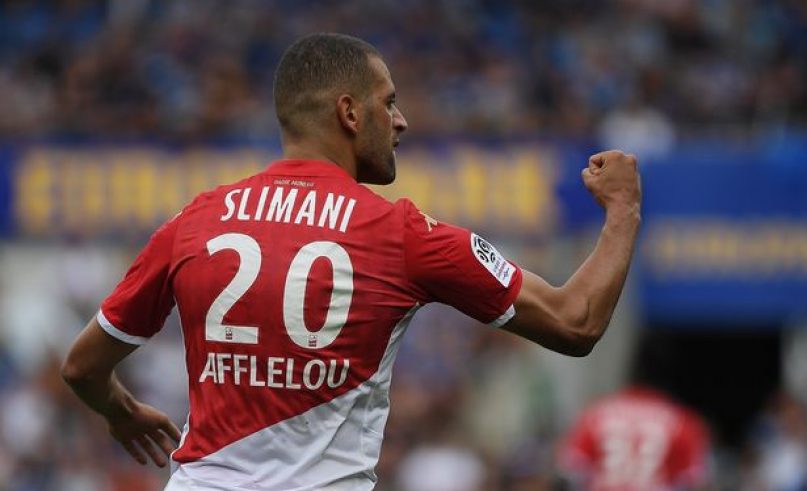 We might repeat it every week but, when we have two class strikers in a squad, we will almost always have multiple chances to make the difference in tight matches. The match against Rennes this past Sunday is proof. As the two (good) teams split in a draw (2-2), Wissam Ben Yedder came out of the box in the 93rd minute to give three more than valuable points to a deserving ASM side. The French international has registered a brace yet again, while Islam Slimani scored and made his seventh decisive pass of the season: the tandem struck again!

A deflection off of Keita Baldé, a sudden recovery on the left of the French international striker and a stadium Louis II that burst into pandemonium. This Sunday’s end of the match clincher was enjoyed by every football fan in the Principality. This third victory of the season was acquired with difficulty but also with conviction and skill. Opposite the victorious home team, the visiting Rennes squad was stunned by the late goal, which showed how Ben Yedder, also scorer in the 3rd minute and top scorer in Ligue 1 with 8 goals, is in top form.

More work for the defense

“We have two quality attackers with totally different profiles. One is aggressive, he stretches the field, he wins duels, the other is more technical, he knows how to find solutions in small spaces and is very effective in the opposing box”, Leonardo Jardim said with satisfaction after the match. The merit of this success is also due to the general attitude of the team who showed solidarity, motivation and who proved that it has real depth in the absence of Golovine, Ballo-Toure and Gelson Martins. Nevertheless, the defense has not yet held firm with two goals conceded and apparent difficulty in slowing down Rennes’ attackers.

But this win is good and brings the ASM to within 5 points of the podium, the goal for the club this week. With this international-level tandem up front, hope is within sight…