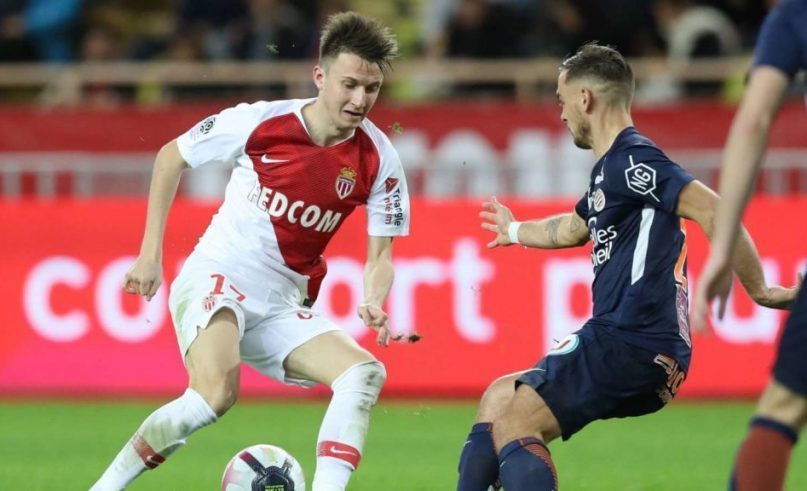 While the Red and White opened the scoring with a goal from Slimani, AS Monaco team conceded a cruel defeat on the Bordeaux pitch (2-1). Pablo and De Préville scored the two opposing goals, the latter resulting in the expulsion of the Algerian striker. ASM drops back to 14th place, six points behind Angers, who is currently second in L1.

ASM is struggling to advance and this latest defeat at Matmut Atlantique this Sunday shows that the club still has work to do if it aims to qualify for the Champions League at the end of the season. After a good start to the match marked by a beautiful goal from Islam Slimani on a deviation of Wissam Ben Yedder (15th minute), Monaco went lax and left Pablo to equalize on from a corner kick (29th minute). After the break, the game took a turn for the worse for the visitors as a bad reflex from Slimani had him deviate a De Preville free-kick with his arm. What ensued was a double penalty: a penalty kick for Bordeaux and the expulsion (second yellow card) for the Algerian international.

ASM ended well and could have equalized were it not for the exploits of Benoît Costil. But neither Tiémoué Bakayoko, nor Wissam Ben Yedder managed to deceive the vigilance of the Bordelais goalkeeper. “We started this game well, we had control of the game and the rigor needed to lead the score. But then, we made too many mistakes, most often for lack of concentration. It is costly at this high level,” said the Portuguese coach after the match on the club’s official website.

Jardim regretted this expulsion, the sixth of this season for Monaco. That’s a lot and it shows a kind of defensive fragility that continues to hamper the club. Sunday evening, it is the Paris Saint-Germain who will land at the Stade Louis II. And it’s a big challenge in perspective…