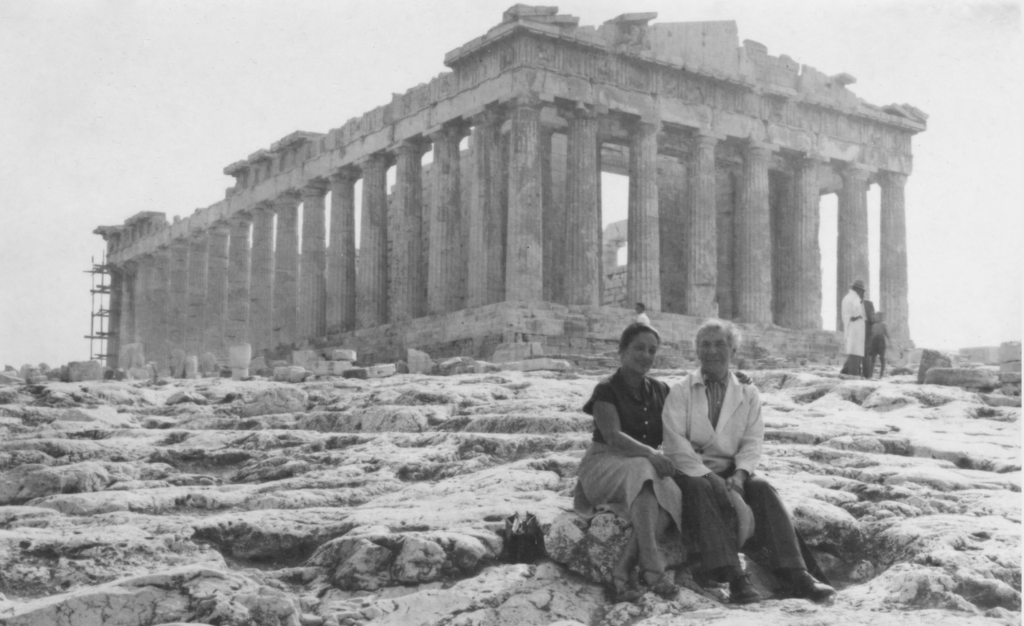 Ancient Greece is a cross-cutting theme in the work of Marc Chagall. The artist undertook two trips to Greece in 1952 and again in 1954, which resulted in several projects: some illustrated books, a monumental mosaic and the sets and costumes for the ballet Daphnis and Chloe for the Paris Opera. Monaco Tribune visited the exhibition “In the land of the gods. Marc Chagall and the Greek world” with Anne Dopffer, director of the Alpes-Maritimes national museums of the 20th century.

Chagall in the “land of the gods”

This original exhibition on Chagall and Greece focuses on the sources that were important to Chagall, even if they are less well known. On the one hand, it is the antiquity, and on the other had, it is Greece. During his travels in Greece, Chagall immersed himself in this ancient culture and its literature, and Mediterranean landscapes to create numerous works where this influence is very clearly seen.

In this exhibition there are works emblematic of the Greek influence on Chagall. In particular, everything that revolves around the ballet and the book Daphnis and Chloe. Chagall also immersed himself in Homer’s Odyssey. There are 43 lithographs on which we find depicted Ulysses’ adventures. The exhibition can be visited during daytime or at night, if you come to see a concert at the museum.

The Marc Chagall Museum is a unique place in the world: it is the only museum entirely dedicated to the work of this great artist. Marc Chagall was alive when this museum was built thanks to a very important donation of works called “The Biblical Message”. According to Anne Dopffer: “There’s a special atmosphere because Chagall said he wanted to create a house, rather than a museum.”

“In the land of the gods. Marc Chagall and the Greek world”, Marc Chagall National Museum in Nice, until 27 April 2020.