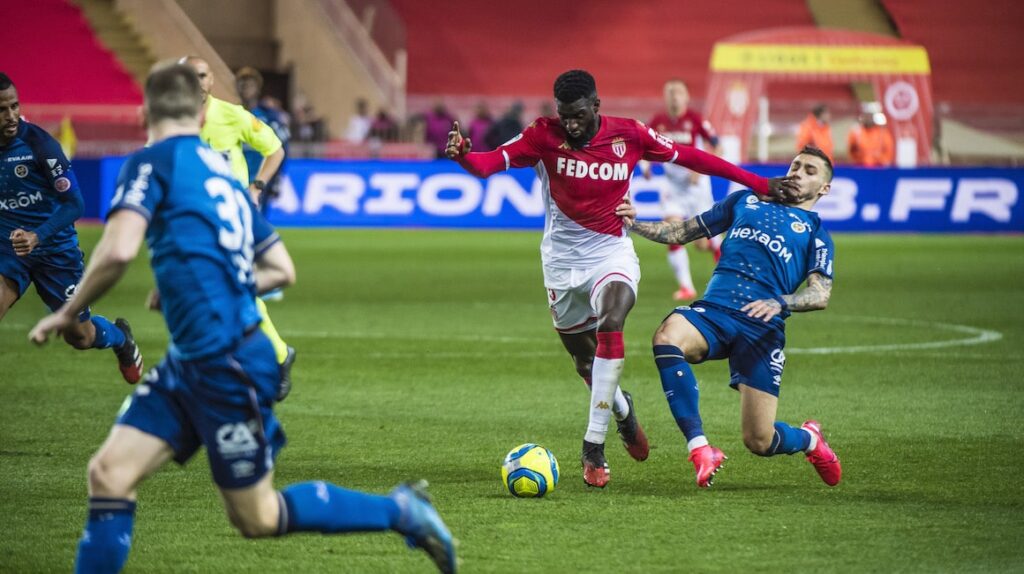 By drawing 1-1 on home turf with Stade de Reims, AS Monaco once again lets precious points slip away in the race for the podium. The Monegasques are now sixth in the standings.

It all started so well. Keita Baldé found the crossbar shortly before the quarter-hour mark and set up a penalty which was converted by Wissam Ben Yedder (1-0, 29′), scorer of his 17th goal in Ligue 1.

However, returning from halftime the Monegasque side finally broke down under pressure from the Reds. Hassane Kamara, who had already scored a dangerous shot at the start of the match, gave Reims a clear-cut equaliser, which Benjamin Lecomte was unable to deflect (1-1, 58′).

And while second-half substitute Stevan Jovetic almost gave ASM a victory by twice hitting Predrag Rajković’s crossbar in the dying moments of the game, Robert Moreno’s men had to settle for leaving the Louis II stadium with one small point in their pocket.

That's it at the Stade Louis-II where we have to settle for a point. On target for us tonight: @WissBenYedder with his 17th top-flight goal this season. pic.twitter.com/DPagyRGXGu

A week after the 1-1 draw against Dijon and with a week to go before the French Riviera derby against OGC Nice, AS Monaco still has two points on the way and are now sixth in the standings, seven points off the podium.

“There’s no point in talking about Europe today,” said the Monaco coach after the match. “I only need to think about improving my team. We’ve improved our defence. Now we need to score more goals.”