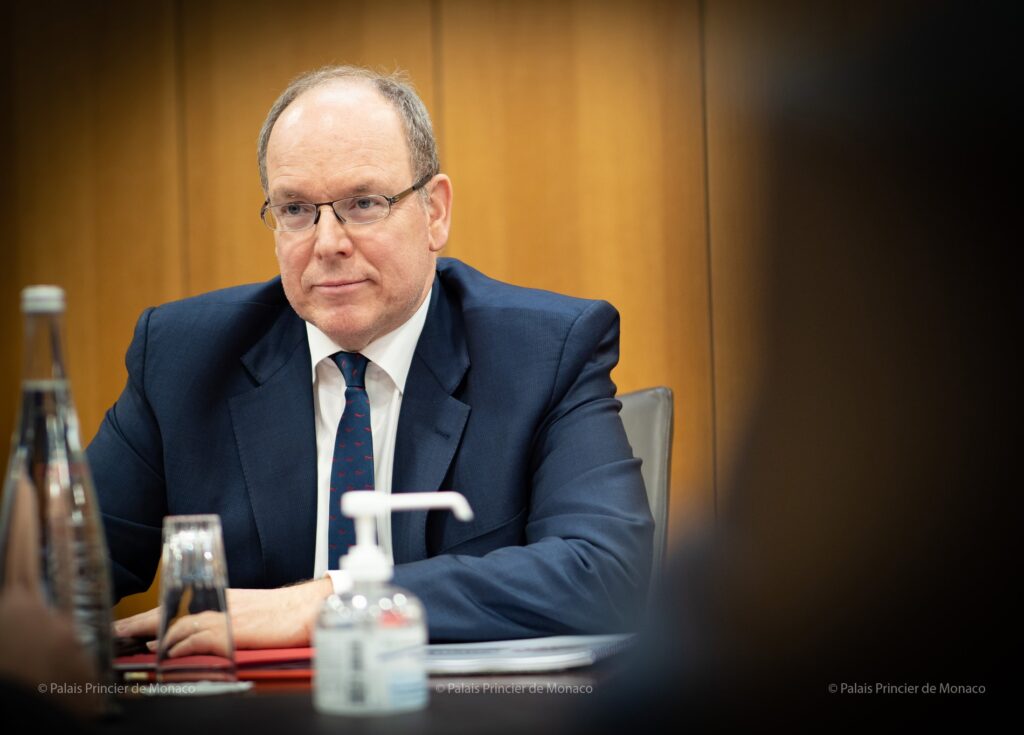 With cases of the novel coronavirus spreading throughout Monaco and the Riviera, Prince Albert II reassures community that the Principality is doing everything they can to treat the infected and limit future spreading. There are currently two cases in Monaco and six in Nice.

In an interview with Monaco Matin this week, the Prince assured that the government is capable of avoiding an outbreak-style situation. Paramount advice for a small country which is so densely populated, he advised citizens to refrain from travelling to areas which are known to be affected and from gathering in large groups.

“We ask people returning from a high-risk area to keep children out of school and to temporarily work from home. We will tirelessly emphasise the good practices to adopt, such as washing hands regularly, cleaning door handles, telephones or computer keyboards that may be used by others.”

Didier Gamerdinger, government councillor, confirmed yesterday that 300 people are currently self-isolating in Monaco. According to Christophe Prat, Director General of the Department of the Interior, 192 school absences have been due to recently returning from a high-risk zone. Furthermore, 5% of teaching staff are absent for the same reason.

Prince Albert II also called upon citizens’ “honesty and sense of community” given the current threat posed by such the global coronavirus outbreak. “The situation is serious enough. It is a matter of common sense [to employ preventive measures]. I would add that the government will continue to inform the public, in absolute transparency, as it has done since the beginning of this crisis.”

The Prince gave high praise to the staff working at Princess Grace Hospital Centre, extending the thanks to all health workers in the area – especially retired doctors who have volunteered to help contain COVID-19. However, as the Hospital Centre is unequipped to deal with a large number of patients, the government is putting in place other measures.

“We are considering the possibility of hospitalisation at home, with visits by doctors to patients. It will concern patients who, of course, do not present serious pulmonary symptoms. This will be in cases of cough and fever. It is essential not to saturate the Princess Grace Hospital Centre.”

The situation within the palace is one of strict attention to protecting its workers and the Princely Family. Stations providing antibacterial gel have been set up, and in case of immediate concern, masks have been given to staff at the Royal Palace. Public visits to the Palace have been cancelled until early April.

Discussions are soon to begin on the status of future events planned in Monaco, including the upcoming Eurocup basketball matches, Monaco International Auto Show 2020 and MAGIC, a manga and Japanese pop culture conference. The Prince specifically mentioned the latter event as a problem, given the large number of attendees originating from high-risk countries. It may be postponed until next autumn.

Prince Albert II’s diplomatic calendar remains unchanged for the moment, given that his upcoming visits do not include high-risk areas. “I have trips planned to safe countries such as Austria and Switzerland. Depending on events, I reserve the right to waive certain public appearances. Some will probably cancel themselves.” However, due to a bout of pneumonia some years ago which affected the respiratory health of the Prince, he is conscious of limiting any appearances in situations where he may be at risk.

Despite the seriousness of the government’s actions, the Prince remains optimistic that the virus will be defeated. Acknowledging that cases may increase, he assured that citizens should not give in to “panic, gloom and excessive anxiety.”

HOW TO RECOGNISE CORONAVIRUS SYMPTOMS:

Although symptoms vary, it has been advised that these four problems are the most common indicators of the disease:

Other symptoms have included:

HOW TO AVOID RISK TO YOURSELF AND OTHERS:

WHAT TO DO IN CASE OF INFECTION:

Visit Solidarites Sante and the WHO to find out more.