During the restoration of the State Apartments of the Prince’s Palace of Monaco, workers discovered an unknown set of frescoes thought to be painted by Genoese artists in the 16th century.

These works of art managed to go unnoticed and untouched for hundreds of years, Palace officials unsure as to when and why they were covered. Hoping to discover the origin of these frescoes, the specialist restoration team has set up an ambitious project which combines experts in scientific, artistic and historical fields.

The only other frescoes in the Palace dating from this century are attributed to Francesco Mazzuchelli, a late Renaissance painter from Milan. 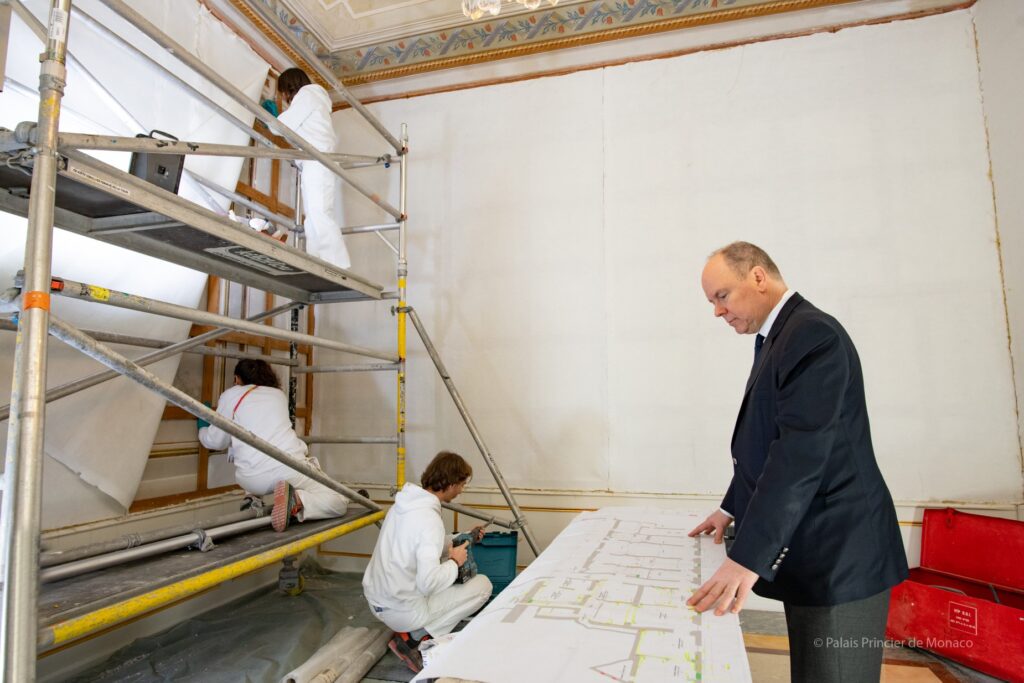 Prince Albert II, keen to emphasise the historical development and heritage of the Royal Palace, commissioned a restoration process five years ago of the inner and outer décor of his residence. The renovation of these frescoes will be completed at the end of March, in time for the reopening of Palace doors to the public in April.

Public visits, which will run until October, are to be in chronological order. As one walks through the residence, the route will follow the different centuries that the Palace has stood through. It has been home to the Grimaldi Family for just over 700 years.

According to a statement made on Facebook by the Palace, the restoration team uses only natural products in their process “to respect the environment and integrity of the building”. 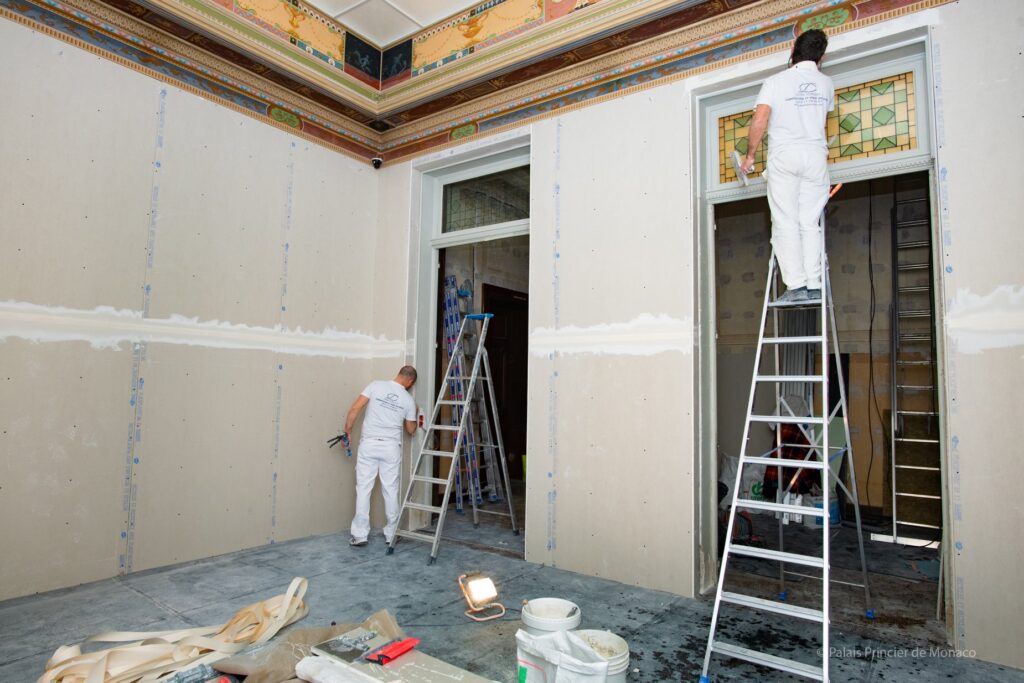 Due to the concern surrounding the effects of novel coronavirus COVID-19 in the Riviera, restoration workers are taking necessary precautions as two members originate from Italy.

Christian Gautier, coordinator of the restoration process, told Nice Matin that “we have a woman who spent two weeks in Parma, and who travelled by train through affected areas. As a precautionary measure, she is wearing a mask for 14 days. Another is from Tuscany.”

Despite speculation that the reopening of the Palace may be delayed due to the outbreak, photos of the restoration work suggest progress is still underway. 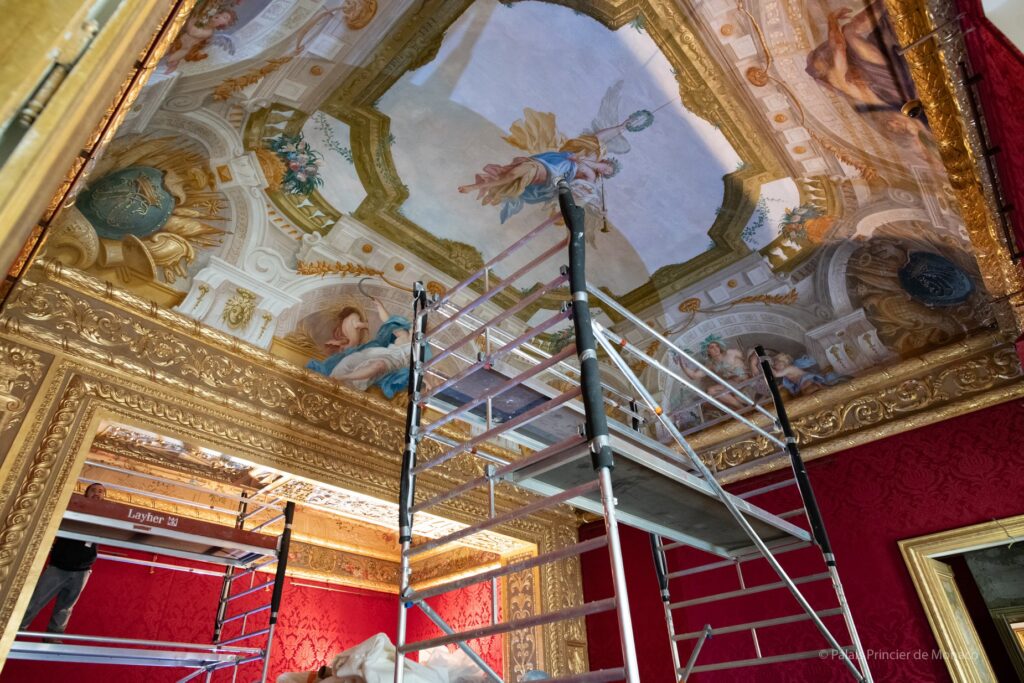 Fresco in York Chamber, the throne room of the Palace. © G. Luci / Prince’s Palace of Monaco.

Visits of the Prince’s Palace/State Apartments will re-open from April 2nd 2020 until October 15th 2020.

Learn more about the history of the Grimaldi Family here.