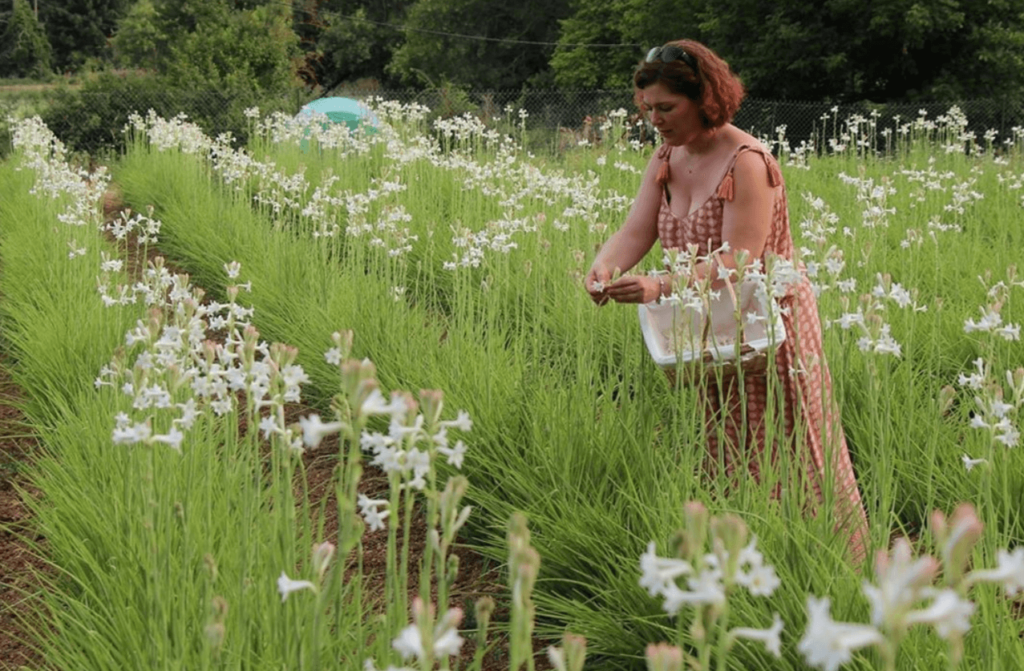 Origin and authenticity. The two most essential features in French culture. It seems that Pays de Grasse may soon receive formal, nationwide recognition for the cultural importance of their flowers and plants in France’s fragrance industry.

Showing off Pays de Grasse’s heritage and history in their cultivation of plants and aromatics used in perfume worldwide — this is what is at stake now that they have applied to the INPI for Geographical Indication, driven by the group Fleurs d’exception du Pays de Grasse to recognise “l’Absolue”, an essence extracted and used in perfumes, scents and cosmetics. Products which could be certified with a GI have to meet two criteria: they must be made from plants grown and processed in a specific area. To draw out this zone, Armelle Janody, president of Fleurs d’exception, conducted historical research on the cultivation of these plants. “It goes from Vence to Fayence, including villages south of the Alpes-de-Haute-Provence. It also includes two plant growers in Carnoules and Puget-Ville who have historic contracts with manufacturers in Grasse.” These horticulturalists are all based in the “petit pays grassois” (little Grasse country), the historical home of the industry since the 18th century. Centifolia rose, jasmine, mimosa, lavender, the list goes on; in all, around thirty quality plants have been included in the GI application.

Facing off numerous challenges since 1950’s

This recognition comes two years after they were put on the UNESCO Intangible Heritage List, acknowledging the farmers’ work in growing these plants and the manufacturers who transform these plants into various fragrances. As an excellent basis to revitalise this industry which fell into oblivion after the Second World War, Armelle Janody can appreciate the difficulties that perfume creators have gone through. “It was tough for production from the 1950s onwards with the arrival of synthetic materials as well as the rising price of agricultural land and arrival of foreign competition.”

It certainly is a context which would push producers to diversify. In 2006, Carole Biancalana and Sébastien Rodriguez, plant growers, refused to see their business go under and thus created the group Fleurs d’exception du Pays de Grasse. “We aim to put the spotlight back onto Grasse’s products and find solutions to make plant growers’ livelihood more secure.” To do this, the association has launched several missions; not only are they seeking world heritage from UNESCO and the Geographical Indication label, but they also represent growers at major trade shows, and assist new project leaders. Even if there is still a long way to go, Armelle Janody seems confident. “We have made good progress, the demand for perfume plants has increased, we have seen a returned interest from finished product companies like LVMH, and we have trained about twenty producers who have been able to set up or replant.”

With the potential approval of the Geographical Indication, the whole sector should benefit from its effects. “It is a process used by farmers to label an industrial process, that of the growers. They all have the same goal, as do the whole industry and territory. All with the support of local authorities.” Cécile Mul, President of the Mul Group, which owns two processing companies, Jean Gazignaire and Sotraflor, confirms “as a manufacturer, this will enable us to highlight our origins. It’s a way of answering consumers’ questions and promoting the heritage of the area, which has a significant history in production and processing.” It is a way of responding to a demand for ever-greater transparency, traceability and the ever-important factor of region. Cécile Mul continued, asserting that “the aim today is to take on board the whole chain, even the jobs behind the scenes. We hope to enhance the value of agricultural work, but also all those that gravitate around them, such as glassmakers, boilermakers, etc. We are refocusing on local and regional commitments by the industry so that it can include training in its development.” And to thus ensure the sustainability of an exceptional industry and its know-how.