From rivers to oceans: How can we reduce plastic waste? 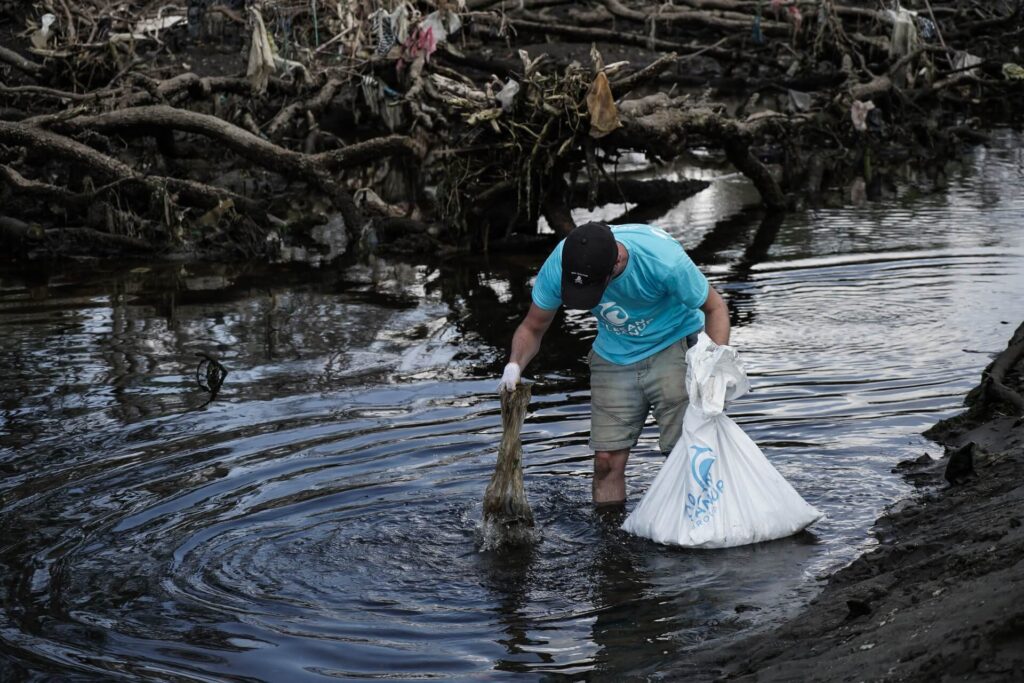 A recent study conducted by British and German researchers has found that new surface clean-up technologies can do little to solve ocean plastic pollution.

“The important message of this paper is that we can’t keep polluting the oceans and hoping that technology will tidy up the mess,” says Dr. Jesse F. Abrams from the university of Exeter’s Institute of Global Systems and Institute for Data Science and Artificial Intelligence. After having compared current data to future estimates of plastic pollution, researchers have flagged the “very modest” impact that floating clean-up devices can have in cleaning floating waste. Only 5% of floating ocean plastic waste can be successfully removed. Such little impact is concerning, especially when considering that plastic pollution could triple within the next 20 years.

Most plastic enters oceans via rivers

“Even if we could collect all the plastic in the oceans—which we can’t—it’s really difficult to recycle, especially if plastic fragments have floated for a long time and been degraded or bio-fouled,” continues Jesse F. Abrams. Most plastic waste finds its way into the ocean from rivers. According to researchers the most effective solution would therefore be to install river barriers which would wash the waste ashore.

However, many rivers are important assets in global shipping. The best way of bringing ocean plastic pollution to a halt is therefore to reduce single-use plastic while also increasing recycling rates. “We need to look for more sustainable alternatives and rethink the way we produce, consume and dispose of plastic,” says Professor Agostino Merico, of Leibniz Centre for Tropical Marine Research and Jacobs University, who also took part in the study.

Monaco is committed to ocean protection and has taken several measures, such as banning the use of single-use plastic at the beginning of this year. Most importantly, in 2019 the Prince Albert II of Monaco Foundation was also a founding member of Beyond Plastic Med (BeMed) initiative, which supports, mobilises and implements solutions to fight ocean pollution.