MonaBike: the bike-sharing system from Canada taking Monaco by storm 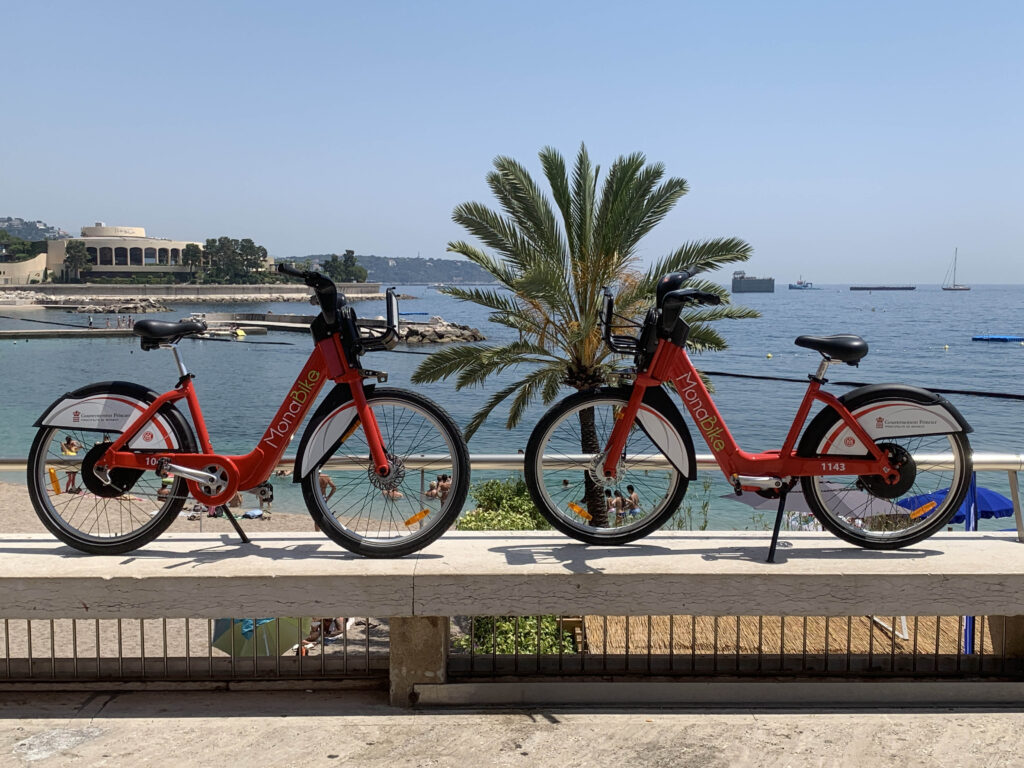 Making Monaco’s commutes a little greener, that is MonaBike’s simple aim. In honour of European mobility week, discover the Canadian-produced electric bike which is shaking up the Principality’s transport service.

MonaBike, the bike that won’t make you break a sweat!

In July 2019, 300 electric bikes the colour of Monaco’s flag arrived in the principality. Produced in the town of Longueuil, in the Canadian province of Québec, the bikes are scattered in 35 locations throughout the principality. The company which produces the bikes, PBSC Urban Solutions, has launched a similar system in the United Sates, in Australia, in France, and more recently in Argentina.

The Mercedes of bike-sharing

So how does it all work? Well, an app lets you see how many bikes are available, and where. Once the bike is parked back into one of the solar-powered smart stations, the battery, which can last up to 60 km, recharges automatically. “MonaBike is the Mercedes of bike-sharing,” says Luc Sabbatini, CEO of PBSC Urban Solutions. The electric bikes can reach up to 25 km per hour and have a ten-year warranty.

A collaboration between Monaco’s bus company and MonaBike

The Compagnie Autobus Monaco (CAM) – Monaco’s bus company – is known for its dedication to the environment.  By 2030, the company aims to run on fully electric or hydrogen-powered buses. Through its collaboration with MonaBike, CAM can expand its offer of sustainable mobility, all while helping Monaco in its energy transition.  “MonaBike encourages soft modes of transports, which is exactly our aim,” says the CAM’s Chief Operating Officer, Roland de Rechniewski. It is also thanks to MonaBike that Monaco introduced a 1,7 km long cycling path.

Young people in cities don’t want to buy, they prefer to rent

In Monaco, the bikes are used on average 1,200 times a day, a number which can go up to 1,600. “Bike Sharing is just a little part of public transport services, but for a city it’s a jackpot. You can get 1,000 quality bikes for the price of a single bus. It’s in demand. Studies predict an annual market growth of 10%”, explains Luc Sabbatini, CEO of PBSC Urban Solutions.

It’s also advantageous from a point of view of time and expenses. “There’s no need to get the bike out of the garage, or to find a post on which to lock it. Young people in cities don’t want to buy, they prefer to rent,” says Mr. Sabbatini.

MonaBike is just starting in off in Monaco. PBSC Urban Solutions aims to expand in the towns around the Principality. “There are three bike stations in Beausoleil (a French town adjacent to Monaco). But that’s just the start – if the system works well, we will set up new stations in other nearby towns,” explains CAM’s Thierry Francart, who is in charge of MonaBike. By the end of the year, the Principality will welcome 11 new bus stations and 100 extra bikes. The wheels are not going to come off anytime soon.