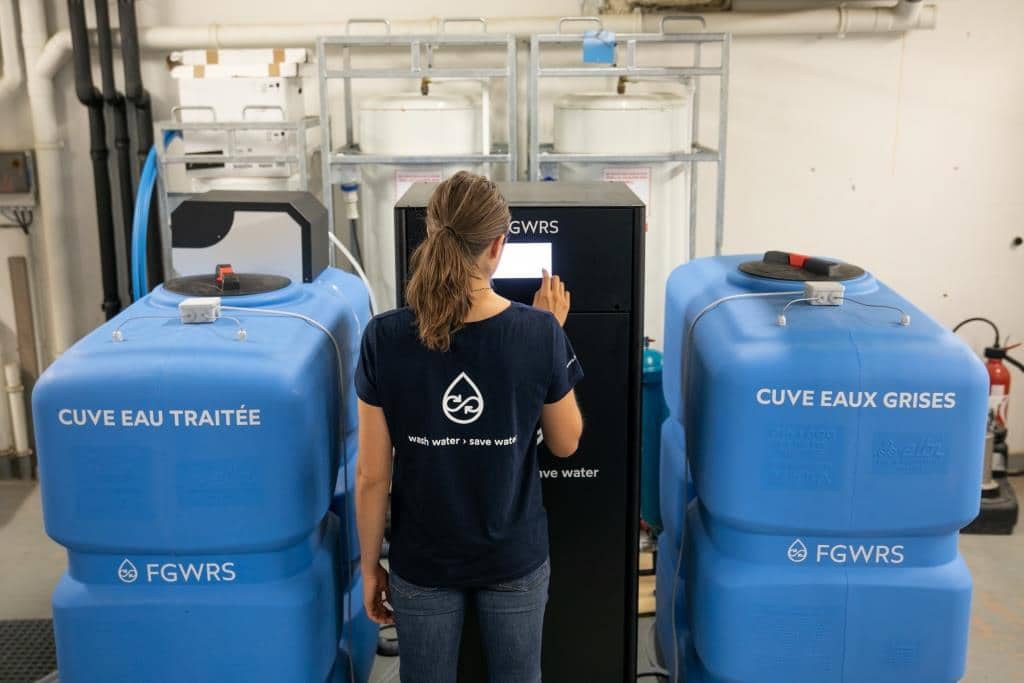 Even if Roland Garros did not welcome a single Monegasque tennis player on its court this year, Monaco still managed to make its mark on… its locker rooms. The showers of the Jean Bouin stadium use a water recycling system designed by Firmus Grey Water Recycling System (FGWRS), a Monaco-based company trying to make our day to day life a little more sustainable.

Grey water refers to any wastewater generated by households on a day to day basis. This represents a gargantuan amount of waste: from dishwashers and washing machines to showers and kitchens… However, thanks to a unique water recycling system, FGWRS is able to recycle 80% of grey waters. As the Monaco-based company knows well, saving water is an urgent and necessary matter. In the current global context, scientists estimate that by 2030, 25% of the world’s population will no longer have access to enough water.

Over 25m3 of water saved in Roland Garros

Take bathrooms for instance. A normal flushing system would use drinkable water. However, in the Jean Bouin stadium, right next to Roland-Garros, toilet flush is simply repurposed shower water. FGWRS’s water recycling system saves over 25m3 worth of drinkable water. Energy-saving also comes into the equation: “Given that grey waters are at 25°, thanks to a specific device able of recovering calories, we are also able to yield energy out of the process,” explains Pierre Magne, CEO of FGWRS.

The French Tennis Federation is not the only public entity to have embraced FGWRS’ work. “This very same system has been used since 2005 in the Franco-Italian Concordia research centre in Antarctica to recycle shower, sink, and kitchen waters. The system in Concordia has been used by over 1,300 people and we’ve never had a technical or sanitary incident,” adds Pierre Magnes.

From Antarctica to Dubai 2021

FGWRS’s water recycling system will be on show in Monaco’s pavilion at the 2021 Dubai EXPO. “We hope to set up our system in Villa Belgica and have been asked to work on the rebuilding of the Bel-Air. Of course, we’re thrilled and try to answer all requests,” says Pierre Magnes.

FGWRS has collaborated with other Monaco-based businesses such as 3S Innovation, InauTech, Afimo, Monaco Telecom… In May 2019, FGWRS also joined MonacoTech, Monaco’s very own business incubator. “We’ve had a very warm welcome here in Monaco and we try to put forward the very best of Monegasque innovation,” he adds.

At FGWRS, innovation means serving the environment, as Pierre Magnes is keen to stress: “Drinking water should be drunk. As for washing floors, for toilet water, there is no need to use drinking water”. And will FGWRS’s water recycling system ever come to our homes? “Well at the moment, it’s a little bit complicated because we need to set up two different systems … But we’d love to eventually go down that route. We are convinced that we will soon have to face environmental problems and extreme climate disruptions, as we’ve seen these last few days (a reference to Storm Alex, ed.), so finding solutions must be our priority,” concludes Pierre Magnes.