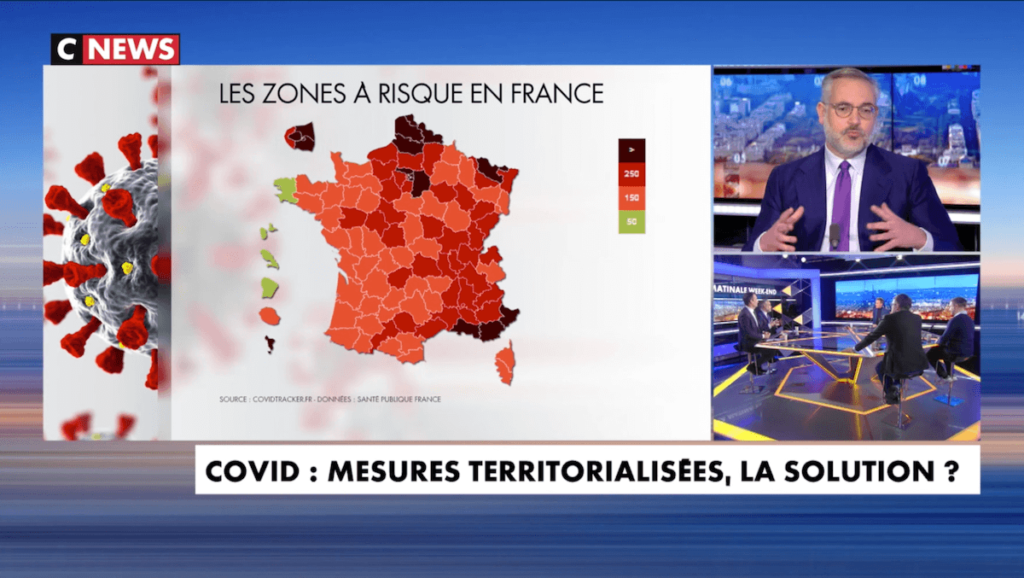 The Princely Government and the National Council of Monaco publicly denounced a French TV channel that accused Monaco of mishandling the health crisis.

As cases of Covid-19 rise in the neighbouring Alpes-Maritimes region, Monaco’s handling of the pandemic is coming increasingly under fire. Many French TV channels are blaming Monaco for the worsening figures, claiming their approach to the pandemic is having “an effect on the spread of the virus in the Alpes-Maritimes region.” In response to the information spread by French commentator Guillaume Bigot on CNEWS, the Princely Government has labelled the claims as “fake news”.

Getting the facts straight

The Monégasque authorities have sought to remind the public of certain key points. First of all that the health crisis has always been under control in Monaco with the incidence rate being well below that of the neighbouring Alpes-Maritimes region. As well as this, the Principality has always shown great solidarity towards French patients. In fact, last Sunday, 25 patients being treated in the Princess Grace Hospital were from the Alpes-Maritimes, but no Monégasque citizens were being cared for in the neighbouring region. In terms of hospitality, since the start of January only those living and working in Monaco have been able to dine in restaurants.

Politicians need to stop pointing the finger at Monaco, it is handling the crisis very effectively

Apologies from the TV channel

Guillaume Bigot, the person responsible for spreading false information, has responded to the government saying that his sources “were clearly either poorly informed or badly intentioned.”

Whilst everyone has opinions on these new restrictions in the Alpes-Maritimes region, the Senator of the region, Dominque Estrosi-Sassone, said “politicians need to stop pointing the finger at Monaco, it is handling the crisis very effectively.” It is hoped that tensions between the two countries, which begin due to disagreements over the 30km travel rule, will resolve in the coming days.