Preventative measures, testing, vaccination… How is Monaco handling the pandemic? 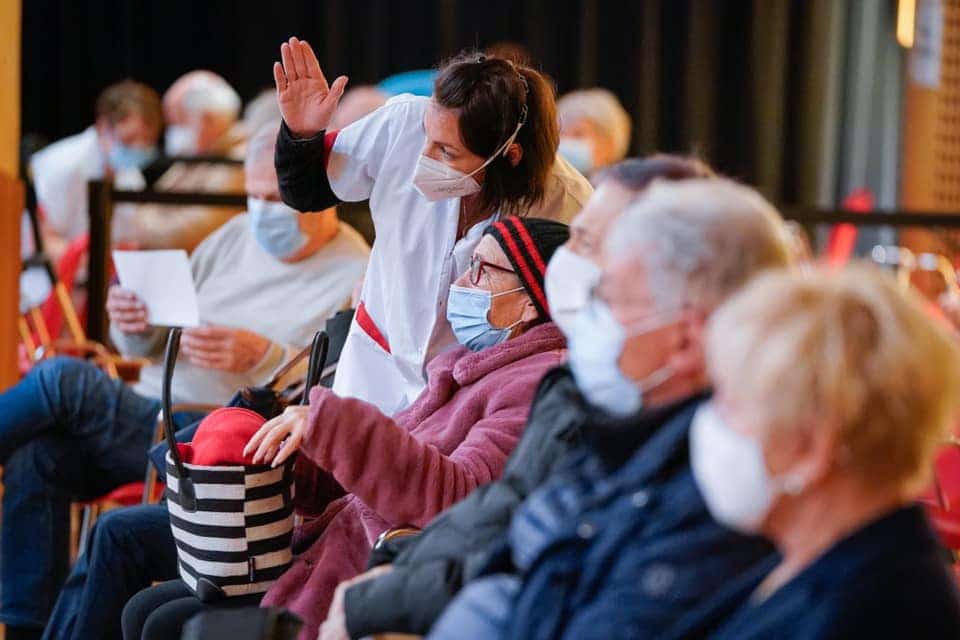 Criticised and condemned, Monaco’s more relaxed safety measures have often come under fire from French politicians. However, choosing to fight the virus in their own way may not have been such a bad idea. After comparing the figures, Monaco need not be ashamed of its more lax policies. From testing to vaccination and everything else in between, Monaco’s policies has been evaluated according to the framework of measures set out by the World Health Organisation (WHO).

“Just 20 kilometres away from Nice there are shops and restaurants, all open to the public. Of course, people are going to be taking advantage of that. They want to have fun,” affirmed the Mayor of Nice, Christian Estrosi, speaking during the virus’ second wave in January. Time and again the same sentiment has been repeated. Valérie Pécresse, President of the Regional Council of Île-de-France, commented: “The reason we are seeing cases rise in Nice is because people are travelling back and forth from Monaco.”

Although Monaco has not adopted the same policies as France, and some restrictions have had to be tightened, their measures are proving effective. At the start of January, the following regulations came into effect, and will last until at least 19 February: the 8pm curfew brought forward to 7pm, restaurants only allowed to open at lunchtime and diners must be Monégasque residents or commuters.

There has been a considerable increase in the daily number of positive cases, hospital admissions and the amount of people self-isolating

Christophe Robino, a member of the National Council and President of the Commission for Social Interests and Miscellaneous Affairs in Monaco, remarked: “There is no doubt about it, more people are coming to Monaco. Since 15 December, when lockdown ended in France, the number of people spending time in the Principality, particularly during the period of New Year celebrations, has increased significantly. The proof is in the figures. There has been a considerable increase in the daily number of positive cases, hospital admissions and the amount of people self-isolating.”

Due to the influx of people coming from nearby towns, the Principality was forced to tighten its safety measures. “Faced with the current figures, it is necessary to adapt our policies, especially those restricting public gatherings and the flow of traffic over the border. Be assured though, the situation is under control.” At the start of January, border checks began to take place. For the second weekend running, many shops in Monaco had sales on, but any drivers hoping to make the most of the discounts, were turned away by border police.

As for tests, Monaco is amongst the countries who carry out the most in Europe. Averaging between 500 and 1000 per day, the Principality conducts three times as many tests as Nice: the French city currently testing the most citizens, according to the Government. Over the last few months, Monaco has drastically upped its testing capacity. Compared to 1260 tests a week in August, this month’s weekly average has risen by almost 400%. As of 29 January, 1430 people (out of a population of 38,000) had contracted the virus since the pandemic began. Unfortunately, the Principality has so far lost 11 citizens to the disease – six of them this month alone.

A laboratory with cutting-edge technology

In an effort to be more independent and increase testing capacity, the Principality invested in a new piece of lab equipment: the Cobas 6800 system. Installed in the Monaco Scientific Centre, the new technology allows the Principality to process PCR tests, without having to send them over the border to hospitals in France. The aim is to analyse samples much more quickly and to no longer be dependent on France. Patrick Rampal, President of the Monaco Scientific Centre, revealed “this summer, between July and September, a total of almost 6000 tests were carried out. Now, that figure is almost 1000 per day.”

The good news does not end here. In fact, the Cobas 6800 is far from having reached its full potential. Scientists believe the current figure could double, with the system capable of processing 2000 tests a day. However, such impressive numbers are not quite within our reach just yet, as the President of the Scientific Centre explained. “ The biggest challenge is finding trained staff who know how to carry out these tests. That being said, researchers are ready to help, and these people know what they are doing. If we can employ enough of them, and the government supports the decision, then we will be able to test even more people.”

At the moment it is only possible to detect the virus, not its variants

In order to relieve pressure on health care services, PCR tests from the Léo Ferré testing centre are now being analysed in the laboratory, instead of in the Princess Grace Hospital. As well as this, a new vaccination site has been set up in the Principality in Espace Ravel of the Grimaldi Forum. On 26 January, Prince Albert II inaugurated the new site, which only took workers a week to build.

Patrick Rampal went on to say that “another problem to be tackled was the mutated forms of Covid-19, particularly the variants from England, South Africa and Brazil. At the moment it is only possible to detect the virus, not its variants. However, together with the Institut Pasteur, we are working on a way to detect the English variant.” Once this is achieved, it will also be possible to detect the South African and Brazilian variants too. Currently, the Monaco Scientific Centre is using biological sequencing* as a means to try and identify the variants.

A unique facility, the Home Patient Follow-Up Centre is open seven days a week. Since its inauguration in March 2020, the centre has provided care to over 1000 Covid patients, whose conditions were not serious enough to require hospitalisation. Having briefly closed its doors when case numbers dropped, the Centre reopened at the Rainier III Auditorium in July. Nurses have been able to call patients and arrange check-ups to monitor their conditions, with a doctor on hand should any complex cases arise.

February brings the start of the school holidays, and with it comes talks of a new lockdown (see below). As scientists predict cases may rise, the Follow-Up centre, as well as the Principality’s testing facilities, will need to once again function at full capacity. According to Christophe Robino, “wherever we can, we must offer asymptomatic testing. If we have enough PCR tests available, we must ask students to take one before returning back to education.” As for restaurants and cultural events, a track and trace system has been in place since the first curfew was announced on 1 November 2020. This has meant that anyone taking part in events, or dining out, has had to provide the host establishment with their contact details.

France, as promised, shares some of its vaccines with the Principality

An ever expanding vaccination campaign

30 December 2020 marked the first delivery of the Pfizer-BioNtech vaccine into the Principality. Arriving from Belgium, these doses have been successfully administered to the over 75s. In fact, over the last three weeks more than half of this age group have received the jab. As for those aged 65-74, they became eligible for the vaccine from 19 January onwards. Christophe Robino hopes that “in the coming weeks the Principality will receive more doses.” Monaco could receive more of the vaccine in several ways, either: “France, as promised, shares some of its vaccines with the Principality; the World Health Organisation (WHO) arranges another delivery via the COVAX programme** or a completely new vaccine is approved and distributed for use.” In terms of another vaccine being developed, Christophe Robino believed “Moderna, or if thinking further into the future, perhaps Astra Zeneca or Sanofi Pasteur,” would be the most likely to uncover a new defence against Covid-19. At present, anger and anxiety is increasing throughout Europe. Pfizer and AstraZeneca are both struggling to manufacture their vaccines fast enough to meet demand. However, adding to European tensions is the fact that the United Kingdom is not being affected by these delays.

Announced by the National Council on 18 January, the Principality wishes to widen participation in its vaccination campaign. As well as inoculating residents, both Monégasque and non-nationals, there are plans to vaccinate the 80,000 commuters working in Monaco. During a press conference, Stéphanie Valeri, President of the National Council, underlined the important work done by this group of people, stating: “we must not forgot about the commuters who contribute to our economy.” Christophe Robino also reminded the public that “until enough people have been vaccinated, safety measures to protect against Covid-19 must still be followed.”

Is another lockdown inevitable?

As the second wave of the pandemic swept across Europe, many countries chose to enforce another strict lockdown at the start of the year. Austria, Denmark, England, Germany, Greece, Holland, Ireland, Lithuania, Scotland and Wales all opted for this measure. As France continues to deliberate, Prince Albert II confirmed that, should their neighbour deem another lockdown necessary, then the Principality may also adopt the measure. Speaking at the inauguration of the new vaccination centre, Prince Albert II declared: “as for another lockdown, we are going to wait and see. It is still too early to say what will happen. However, if our great neighbour and friend deem it to be a necessary measure, then the Principality will of course consider the approach to the situation and respond in the most suitable way.”

*In Biochemistry, sequencing is a method used to look more closely at the molecules making up DNA.

** COVAX is a global initiative, co-led by GAVI, WHO and the Coalition for Epidemic Preparedness Innovations (CEPI). The aim is to speed up the production of vaccines protecting against Covid-19, as well as to ensure a fair and equitable global distribution.

Translated from French by Megan Johnson 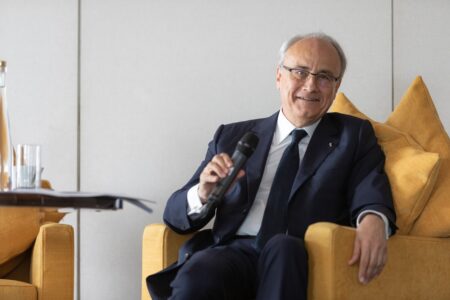 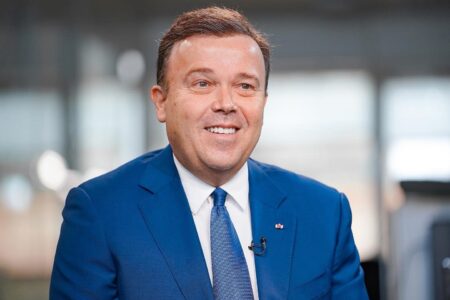