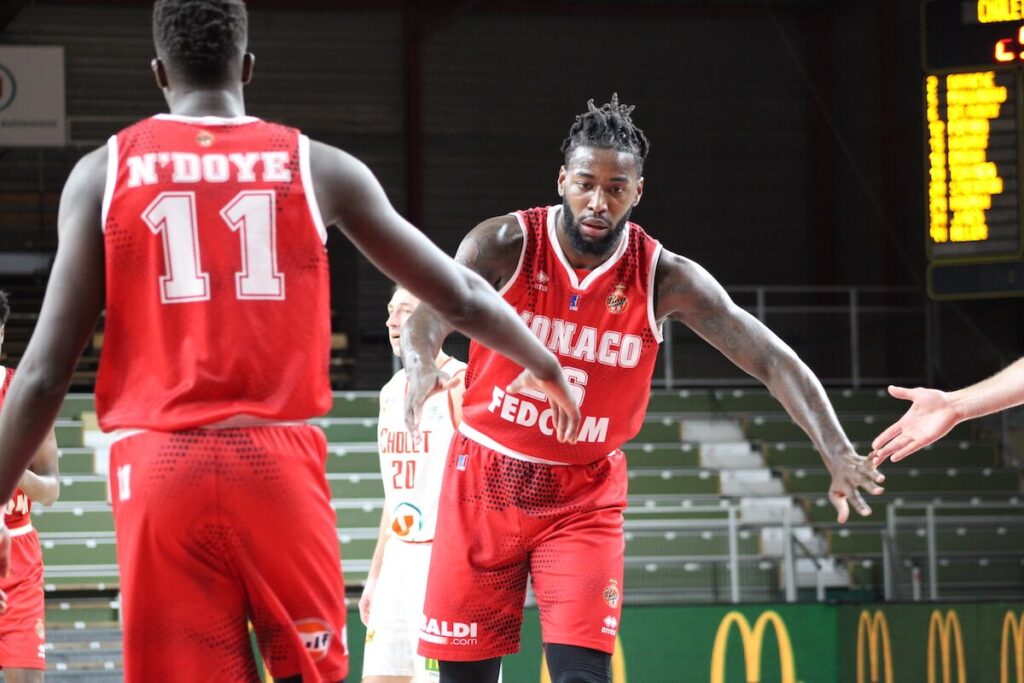 Up against Buducnost Podgorica, the Roca Team will kick off their quarter final on Tuesday 23 March at 6pm. Finalists in the 2018 Basketball Champions League, AS Monaco have their sights set on a historic European title.

On a winning streak, the Roca Team have come out victorious in ten consecutive Jeep Élite matches and are taking the EuroCup by storm. AS Monaco have their eyes on the prize and have made an excellent start to the season. Undefeated since the 26 January, coach Zvezdan Mitrović and his boys have clocked up 22 victoires over the past 29 games. All of this success has seen them top the Jeep Élite rankings (11 wins, 1 defeat) and make it into the Top 8 of the EuroCup (C2) for the second year running.

“To be one of the top eight teams in the EuroCup is no surprise to me, since when we started the season, the Top 8 was our goal,” recalls the Montenegrin coach, after the Monégasque victory on Saturday against Cholet (87-76). Having made their mark on the Eurocup Top 16 (first place, 5 wins, 1 defeat), captain Dee Bost and his team mates have big ambitions for Europe. “We have a huge week coming up, it’s the most important week of the season,” explained Damien Inglis. “We need to take each match as it comes, but the aim is to win the EuroCup. We’re going to give it everything we’ve got and try to at least get a medal.”

In Monaco, we have warriors on the team

A fighting spirit shared with ASM’s General Manager, Oleksiy Yefimov. “In Monaco, we have warriors on the team,” he explained. “I’m sure that all the players will tell you the same as Damien (Inglis), but the technical staff and managers never would. In any case, we are going to work hard to be as ready as we can to achieve our goal.”

Before there can be any talk of winning their first international title, the Roca Boys need to defeat Buducnost Podgorica (Montenegro) in the quarter finals. Having the advantage of playing on home soil, they will play the Montenegrin team on Tuesday at 6pm. Due to Covid-19 travel restrictions, the Roca Boys will then play in Ljubljana in Slovenia, instead of in Montenegro, on Friday at 6pm. “This advantage doesn’t mean anything since both home and away victories, be they in the Euroleague or EuroCup, are all the same,” said the former head coach of the Montenegrin team.

Solid as a rock: ASM have the best defence in the EuroCup

Having failed to qualify for the 2020-2021 season, Ibrahima Fall Faye and Branden Frazier will be replaced by Yohan Choupas and Rob Gray on the team. “Buducnost Podgorica is a very well-balanced team with an extremely skilled offense,” said the Ukrainian General Manager for ASM. “The defence will be key. It’s perhaps a cliché, but we’ve shown that it’s our main weapon since the start of the season.”

We are the favourites this season, it’s up to us to prove people right

Whilst the Roca Boys had the best defence in Jeep Élite, they have earned the same accolade in the EuroCup, averaging 72.4 points per match. Only Virtus Bologne and Locomotiv Kuban have managed to surpass 80 points in Monaco. “We are the favourites this season,” explained French player Mathias Lessort. “It’s up to us to prove people right and put the work in, making sure each match goes the right way. We have the chance to do something great.”

Bronze medallists in the 2017 Basketball Champions League and finalists the following year, ASM made it to the EuroCup quarter finals last year too. However, the coronavirus pandemic disrupted the season and had other plans for the Monégasque team. This week, President of the club, Sergei Dyadechko has another shot at making history, hoping the team can make it one step close to qualifying for the Euroleague (C1).

Known for their strong offense, Buducnost Podgorica will not go down without a fight, especially with Justin Cobbs leading the way. “He has shown us many times what he is capable of,” revealed Oleksiy Yefimov. “That’s why the Montenegrin Federation decided to give him a passport to take part in international competitions.” After torturing ASM in the finals of the 2018 playoffs, Mathias Lessort and the French team got their revenge victory last February. Will the Roca Team make their Montenegrin rivals suffer once again this Tuesday?