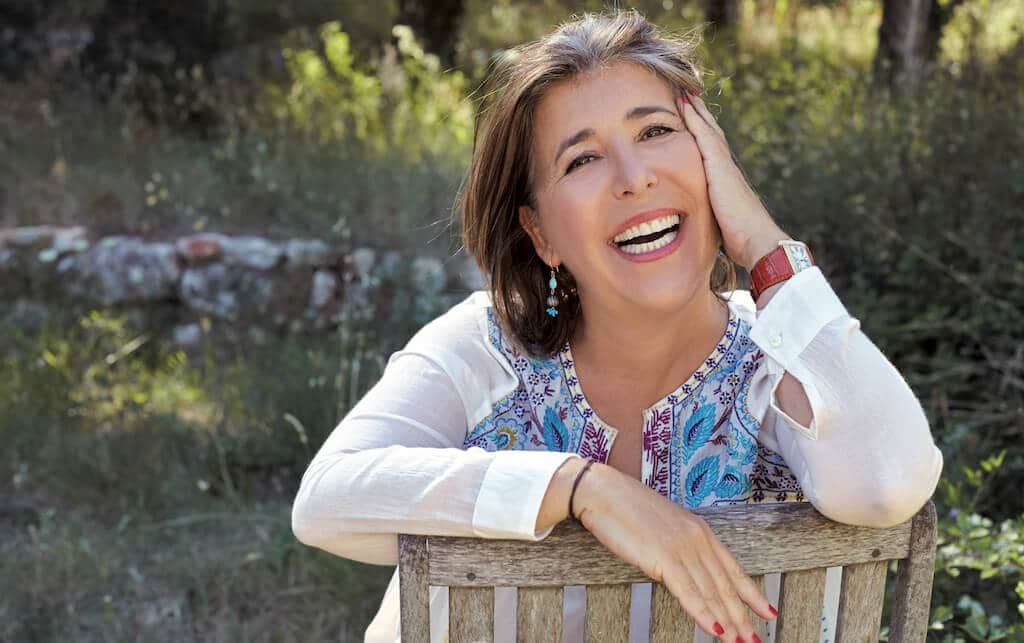 Passed down over four generations, the Fragonard perfumery is now run by the three Costa sisters, after their great-grandfather Eugène Fuchs opened the family business in 1926. We met with Agnès Costa, one of the creative forces behind one of the oldest perfumeries in Grasse on the French Riviera.

A hint of orange blossom. “My base” tells Agnès Costa, who has used this subtle fragrance with its acidic freshness since she began making perfume at the age of 15. It takes her back to growing up in the town of Grasse on the Côte d’Azur, the smell reminding her of freshly baked fougasse: a type of bread, typical of Provence. “To be signed by a perfume is a beautiful thing,” she confides, from one of Fragonard’s workshops in Paris.

Growing up in a a family of perfumers in Grasse, being brought up surrounded by the scent of roses and jasmine, was the “childhood of dreams”. However, there was just one rule that had to be followed: “my father hated it if the house smelt of perfume, because our factories were full of scents, so if we wore a heavy perfume, he made sure we knew about it,” reminisces Agnès Costa, who maintains that the right amount of perfume is a question of courtesy.

After a stint in Paris studying Law, Philosophy and English, Agnès Costa first began working with Fragonard when she was 22. “I never grew up thinking I would take over the family business one day,” she admits. Since then, she has infused the perfumery with creativity, alongside her two sisters, Françoise and Anne, who take care of the finances and manufacturing respectively. “We are a very close family, we’ve always worked hand in hand.”

Giving Grasse the reputation it deserves

“Grasse is entering a new golden age,” rejoices Agnès Costa. “When I started working, it was in New York, Geneva and Paris that most perfumes were made.” Since then though, LVMH, Lancôme and Chanel have all invested in Grasse, restoring it to its former glory. As a result, in 2018, Grasse was recognised for its perfume prowess and was awarded UNESCO world heritage status. “The influence that we have had, my sisters and I, has been knowing how to transform a small business, which mainly attracted tourists interested in learning more about a perfume factory, into a real brand, with its own shops, known all over the world,” she explains.

Whilst the business is primarily led by women today, that has not always been the case. “In the 1980s, perfume house Fragonard was essentially run by men, whilst the women were in charge of production or sales,” recalls Agnès Costa, admitting that “this wasn’t always easy.” “As we were the managing director’s daughters, employees gave us a harder time.” So it was by working extremely hard and becoming successful that the three sisters were able to prove themselves. Agnès Costa believes that “success comes to those who work hard… it’ll only happen if you actually get up in the morning!”

Ethos, values and the future

Hoping to keep the business in family hands, the three sisters are determined to keep up the success of the perfume house and pass on “this little jewel” of the Côte d’Azur, home to a myriad of smells, to their children one day. “We hope that Fragonard remains a small company with strong family values,” says Agnès Costa, who disproves of the way that globalisation has resulted in the standardisation of consumer behaviour. “Here at Fragonard, we don’t follow trends, we do as we please. A lot of love goes into our perfumes because we want them to reflect us.” And what is the perfumery’s best seller you may wonder? Why of course it is a fragrance scented with orange blossom!

Luxury is about quality, not cost

“We are lucky enough to be able to make people happy,” tells Agnès Costa. This is the exact philosophy underpinning their entire brand, as the three sisters strive to make their products accessible to as many people as possible. “Luxury is about quality, not cost.” The quality of the moment and the raw materials, from the delicate scent of violets to the bunches of mimosas.