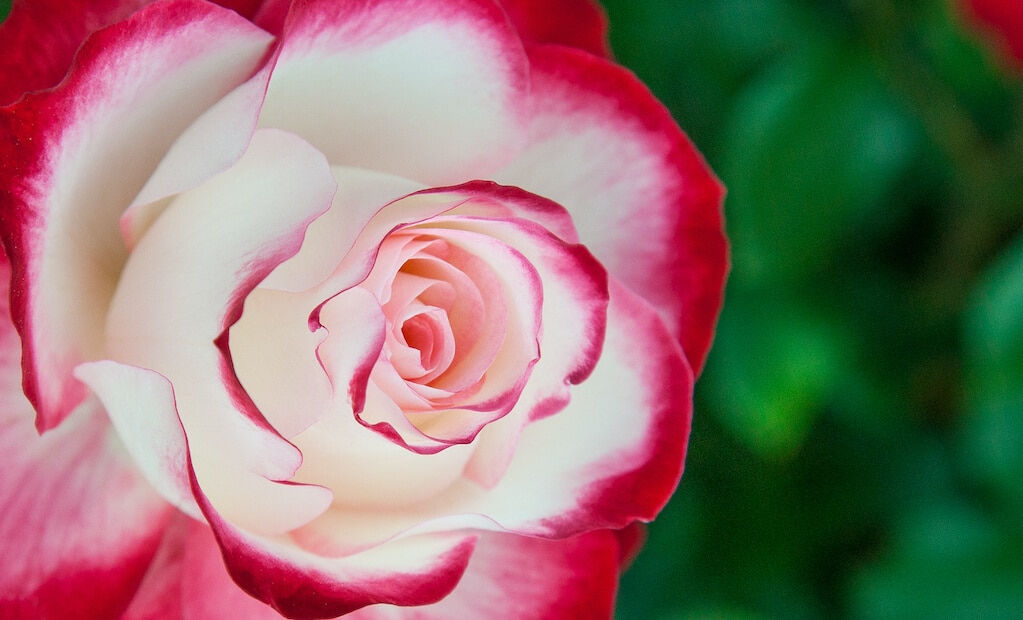 Greenhouses as far as they eye can see. Until the 1970s the city of Antibes on the French Riviera was a botanical haven of innovation and experiments as new plant species were born and acclimatised to Mediterranean life. Whilst increasing urbanisation pushed plant breeders out, the former capital of roses is still a horticulturalist’s dream, where researchers go today to select the plants of tomorrow.

An abundance of roses, gladiolus and even exotic birds of paradise! Hectares upon hectares of flowers bloomed beneath a sky made of plastic and glass, as more than 18,000 greenhouses covered the landscape, snapshots of which can still be found in archival photographs. “As the 19th century came to an end, Antibes became a giant nursery,” details Philippe Dalmasso, horticultural engineer and landscaper in this renowned city. Located in the Alpes-Maritimes department, this coastal city is the former capital of roses and home to their unmissable flower markets. “Building a train line along the Côte d’Azur was what really triggered this enthusiasm for flower growing, now that produce could quickly be transported by train.”

Botanists bring innovation to the Riviera

At that time, many bold botanists had just arrived to the Riviera, full of ambition and ready to take on the horticultural challenge of acclimatising new plant species to the area. Amongst the new arrivals was scientist Gustave Thuret who, in 1857, bought five hectares of land in Antibes. It was on this plot that he would go on to create a thriving botanical garden, planting seeds from all over the world, acquired through his network of global connections. Almost twenty years later and he had introduced over 4000 new species to the city. As for the mimosas that adorn the Côte d’Azur today, those beautiful bunches of yellow flowers blossoming each winter, “some botanists such as Gilbert Nabonnand were amongst the first to grow this Australian plant in the Alpes-Maritimes department, from the 19th century onwards,” explains Philippe Dalmasso.

>> READ ALSO: Mediterranean treasures under threat: why the French snowflake is disappearing

“Could you imagine Nice without its palm trees, eucalyptus or mimosas?” laughs Catherine Ducatillion, director of the experimental unit at Villa Thuret botanical gardens, which has been welcoming the INRAE (France’s National Research Institute for Agriculture, Food and Environment) and its researchers since 1946. Today, this establishment is deciding upon the trees of tomorrow as they develop the gardens that are able to flourish in the Mediterranean climate without requiring much maintenance. “Our businesses need plants that are adapted to complex and changing situations.”

A decline in flower growing

In the 1970s, flower growing began to decline in Antibes. “As land prices soared, due to tourism and urbanisation, many producers of cut flowers sold their land,” recalls Matthias Meilland, who is currently in charge of Meilland, a company producing new varieties of roses each year. “We’ve been growing flowers for six generations… we breed them naturally, we don’t just create them from nothing.” Their most well-known variety? “A type of hybrid tea, the traditional rose sold in our bouquets is not a naturally occurring species: it is completely man-made and dates back to 1860, the result of several varieties having been crossed together.”

A family adventure, built on a shared passion for roses, that first began more than 150 years ago. It all started in the famous Tête d’or park in Lyon where one of their ancestors, Matthias Meilland, used to cross pollinate different species. In 1948, the company Meilland moved to Antibes, and later still, in 1956, moved to Cannet-des-Maures in the Var region. Today, they produce “up to 200,000 infant plant species every year, which must then be tested, sometimes as far away as Siberia.” Great care and patience is required during this selection process as “it can take up to ten years to create a rose garden.”

From Grace Kelly to Lyv Tyler

Fashion house Givenchy use the strong, sweet notes of the Lyv Tyler rose to create their famous perfume Very Irresistible and delicate, black petals from the Black Baccara are used by certain high-end perfumeries. No matter what your go to fragrance is, you are sure to know one of these roses! “In France, one in five rose bushes is grown by our business and we are one of the top three rose breeders in the world,” beams Matthias Meilland.

Over the years, the Princely Family have had many roses created for them, delighting in the innovative varieties of roses that Meilland are able to produce. In 1956, the company were chosen to create a special rose for the wedding of Grace Kelly and Prince Rainier III. Not only this, but there is the rose Jubilee of the Prince of Monaco, its rose petals the same colours as the Principality’s flag, as well as the elegant Princess of Monaco rose and the one created for Princess Charlene in a light shade of ochre. These flowers bloom at the very heart of the Princess Grace Rose Garden in Monaco. Speaking about the family business and his love of roses, Matthias Meilland revealed how “the gardens of Villa Sauber have a rose garden which is particularly close to my heart… the Grimaldi family dedicated it to my grandfather Francis Meilland in 1976.”

>> READ ALSO: Agnès Costa, the woman behind one of the oldest perfumeries on the French Riviera