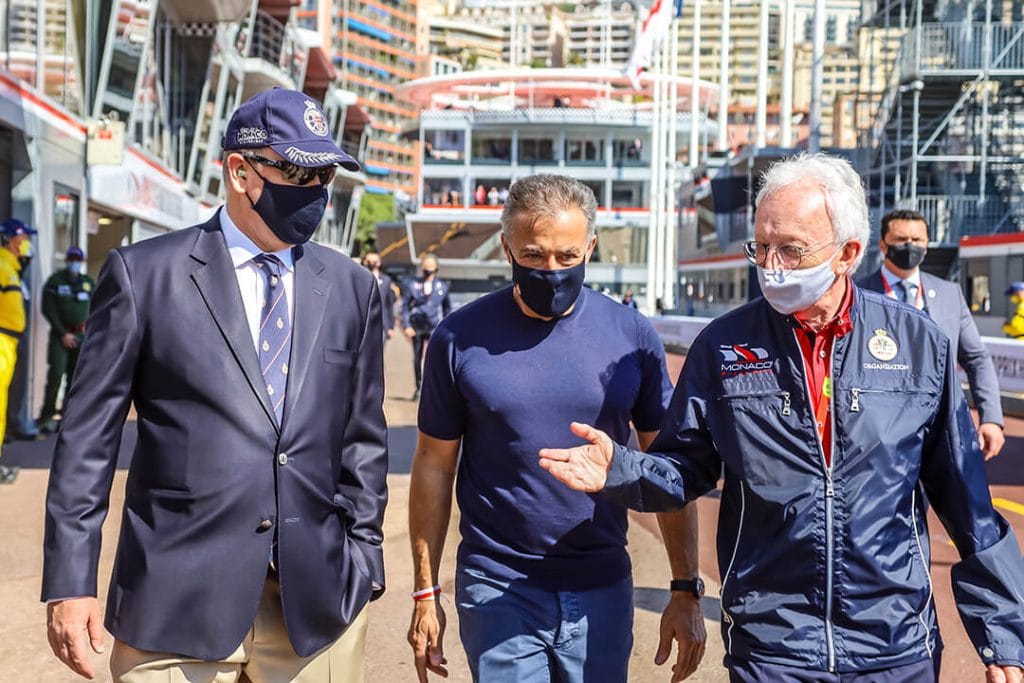 This Saturday, Prince Albert II made a visit to the paddock and race track at the Historic Grand Prix in Monaco, along with Jean Alesi.

Just before the start of the qualifying sessions, Prince Albert II made a trip to the stands of the Historic Grand Prix racetrack, showing his support for the Monégasque driver Frédéric Lajoux, before heading over to the paddock on Quai Antoine 1er.

Joining him for the visit was President of the Automobile Club de Monaco, Michel Boeri, and the ambassador for the 12th edition of the race, Jean Alesi. Not a stranger to the track, Jean Alesi competed in F1 from 1973 to 1976 and got back in the saddle this Sunday, driving Niki Lauda’s legendary Ferrari 312 B3. After the day’s events, the three of them went back to the Prince’s Lodge.

Coveted spots at the heart of the action

Only 6,500 spectators were allowed to attend the Historic Grand Prix and watch the action live this year. Drivers battled it out throughout the day and Series B, the race between F1 cars manufacturer before 1961, was won by Guillermo Fierro Eleta and his Maserati 250F. As for series A, Patrick Blakeney finished in pole position at the wheel of his FlazerNash. Crossing the line first in Series D was Mark Sahw in his Lotus.

A nasty accident, but no harm done, as former Grand Prix driver, Alessandro Caffi, collided into the back of Michael Gans with his Ferrari 312 at Sainte Dévote.