Why are so many French people choosing to work in Monaco? 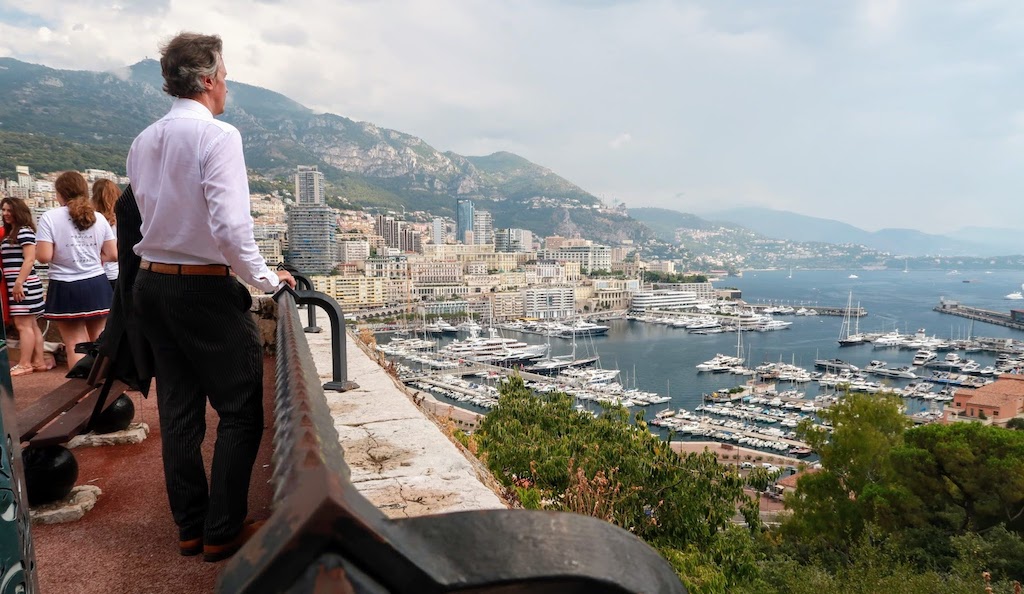 Every day, thousands of French people commute across the border as they make their way to work in the Principality.

According to a study published in 2019 by Insee, France’s official statistical body, the number of people commuting from the Alpes-Maritimes department to Monaco has significantly increased: a 77% rise between 1990 and 2015. A more lucrative social security system, better salaries and an attractive retirement are just some push factors for employment in the Principality. Despite the threat of Article 6, a law stating that employers do not need a justifiable reason to sack someone employed on a non-fixed term contract, Monaco remains a popular choice for international workers.

Jean-Pierre, aged 63, is making the most of his retirement from Monaco, up in the hinterland in Nice. “I began my career in Monaco in 1979, cutting fur at Christian Dior, before moving just over the road to Louis Vuitton a few years later,” reminisces this French pensioner, who, in the 1990s, went on to work in Carrefour Monaco, in charge of receiving all new stock.

Over the last 20 years, this father of four has benefited from generous financial support offered to families by the Principality. “When my children were teenagers, my family received almost a thousand euros from the State each month: a much more lucrative system than in France, allowing us to live comfortably. My wife was able to stop working for 17 years so she could look after our children just as she’d always wanted to do.”

It was in 2018, aged 60, that Jean-Pierre took his well-deserved retirement, completely tax free. “It’s a relief, I couldn’t do what I used to,” says the former Carrefour employee, who gave 26 years’ worth of hard work and night shifts to the company. “My pension is almost the same as my salary was. I don’t feel like I’ve lost anything, quite the opposite in fact!”

It’s still quite difficult to live close to Monaco, in Cap d’Ail and Beausoleil for example, rent is expensive (…)

“For me, working in Monaco was the perfect compromise. I don’t have to choose between my career in finance and the Côte d’Azur lifestyle,” explains Antonin, a 27-year-old consultant with the accounting firm KPMG in Monaco. “As well as this my salary is exactly the same as what I would be earning in Paris,” says the local from Vence, a town around 45 minutes out of Monaco. “It’s still quite difficult to live close to Monaco, in Cap d’Ail and Beausoleil for example, rent is expensive. Unfortunately, the Principality doesn’t offer any financial help to commuters looking for housing either.”

>> READ ALSO: What does it mean to be a freelancer in Monaco today?

More than two thirds of employees in private sector are French

Whilst the average working week in Monaco is 39 hours compared with 35 in France, payroll expenses on the Rock are much less, coming out at 13% versus 23% across the border. Gross salaries are on a par in both countries, but take-home pay is higher in the Principality.

According to a recent report by IMSEE, Monaco’s official statistical body, most people employed in the Principality’s private sector are French. In 2020, they made up 62.5% of the sector, compared with Italians accounting for just 15.5% and Monegasques 1.9%. Last year, 79.3% of Monaco’s private workforce lived in France, with the majority of employees, more than 40,000, living in the Alpes-Maritimes department.

In Monaco, many employees benefit from an attractive salary scheme whereby they receive a fixed wage, as well as a monthly bonus. This is based on the business’ monthly turnover and distributed according to each worker’s position and time employed at the company. “Before the pandemic, this was a great perk. Variable revenue could be as much as 300 euros in winter, sometimes increasing twofold during certain parts of the tourist season,” explains a young employee of a luxury hotel in the Principality.

All French people working in Monaco have the same access to subsidised healthcare as Monégasque citizens. “In Nice, a lack of choice is not the problem!” remarks one commuter, as there are plenty professionals available, including GPs, dentists and gynaecologists.

The social security system in Monaco saves people more money than the French equivalent though, since 80% of doctors’ consultation fees are reimbursed compared with 70% in France. “When you have an appointment with a doctor who is not covered by the Principality’s healthcare system, as is the case for my daughter’s paediatrician, the State reimburses you three times less,” explains Olivier Cardot, Secretary-General of the Union of Monaco Trade Unions, who began his career in the Principality back in 1997.

Article 6 is a constant threat hanging over our heads!

Olivier Cardot, Secretary-General of the Union of Monaco Trade Unions

Article 6 is an ever-present threat

Despite all of these advantages, there is a downside to working on the Rock. Article 6, a law stating that employers do not need a justifiable reason to sack someone on a non-fixed term contract, means work can sometimes be rather difficult. “It’s a constant threat hanging over our heads!” Some workers feel unable to say no to certain tasks for fear of being sacked: “for example, working on a Sunday is supposed to be optional, but article 6 is always in the back of your mind!”

“When some employers action this article it can be a real nightmare,” says Olivier Cardot, who has witnessed some rather “brutal and unceremonious firings.” However, across the border in Monaco, it is a different story: “a non-fixed term contract can only be terminated if there is a justifiable reason, a serious incident or a force majeure.”

>> READ ALSO: Which sectors are hiring in Monaco during the pandemic?