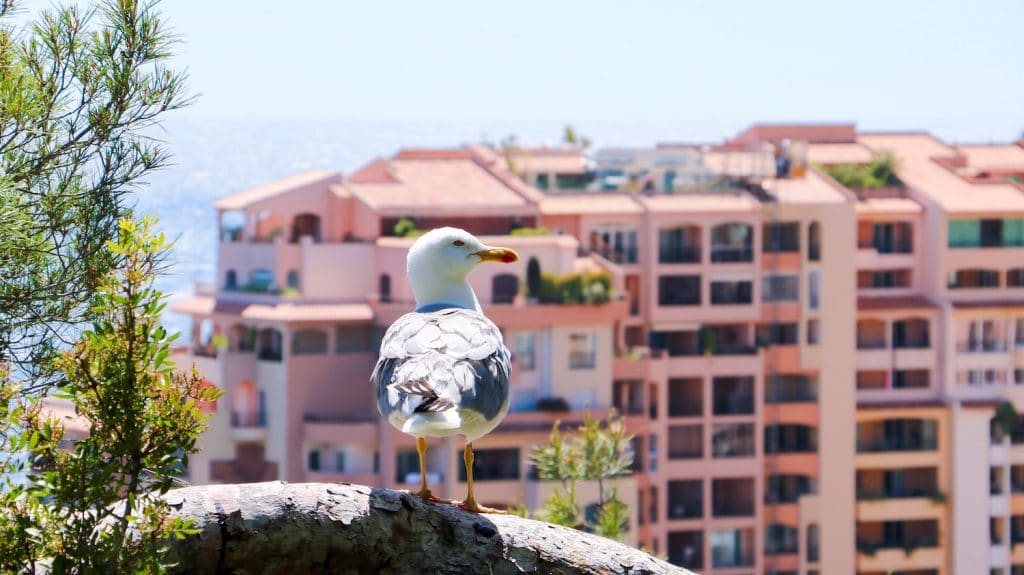 They rifle through bins, peck at dead animals and even steal your food. You better keep a close eye on your chihuahuas too! Whilst seagulls are causing more and more trouble these days, aggravating passersby, they still remain a protected species in France.

In cities along the Côte d’Azur, the number of yellow-legged seagulls is increasing and these animals are wreaking havoc along the coastline.

“One day, after I put a veal cutlet on the balcony to defrost, a seagull grabbed it in its peak and flew off with it,” explains Arnaud, a resident in the Fontvieille district in Monaco. “It’s not uncommon to see them peck at leftover chips and burgers in the bins in the UNESCO Gardens,” he adds.

I stay alert when I walk the dogs

“In Nice, I saw a seagull rip a pigeon to pieces on a car roof,” says Becky, who lives in the Alpes-Maritimes department, and is still disgusted by the cloud of bloody feathers she saw.

More drama than a movie

In 2019, a tourist and a police officer saved a distressed Eurasian eagle-owl from a 20 seagull strong attack in Seyne-sur-Mer, according to the newspaper Var-Matin. That same year, according to a BBC article, a seagull grabbed a chihuahua in south west England, as its owners watched on helpless. Named Gizmo, the little dog weighed no more than two kilos and was never found.

“I stay alert when I walk the dogs,” says Fanny Desloires, a dog sitter with Pet Sitting Services in Beausoleil. “I’ve heard about how aggressive seagulls can be, but fortunately I’ve never seen anything first hand. If there’s no food around, they tend not to come too close.”

>> READ ALSO: Mediterranean treasures under threat: the birds learning to live with humans

An opportunist always on the lookout

“Men actually have more issues with seagulls,” explains Benjamin Salvarelli, in charge of the Alpes-Maritimes branch of the Bird Protection League. According to him, seagulls have adapted to the Côte d’Azur’s growing urbanisation and the changes to their natural habitat.

Seagulls go for the easy option, hanging around open air rubbish tips or fishing boats. They would rather fly after your sandwich than go to the effort of chasing down prey.

Benjamin Salvarelli, in charge of the Alpes-Maritimes branch of the Bird Protection League

“These birds lay their eggs on top of buildings to protect them from predators,” says Benjamin Salvarelli. “The first hatchings are usually in June and during this time, seagulls become very protect of their young.” As for their wingspan, it measures a whopping “1.4 metres”!

“Their powerful beaks allows them to break open many objects, starting with its food, such as shells,” says the specialist. Omnivores, these birds are very “opportunistic”. “Seagulls go for the easy option, hanging around open air rubbish tips or fishing boats. They would rather fly after your sandwich than go to the effort of chasing down prey.”

In France, the yellow-legged seagull has been a protected species since 1962. It is against French law to capture, intentionally disturb or harm these birds.

Have you had any troubles with seagulls in Monaco? Send us your stories and photos!

>> READ ALSO: Is Monaco still as clean as ever?