Formula 1: Is Charles Leclerc having bad luck this season? 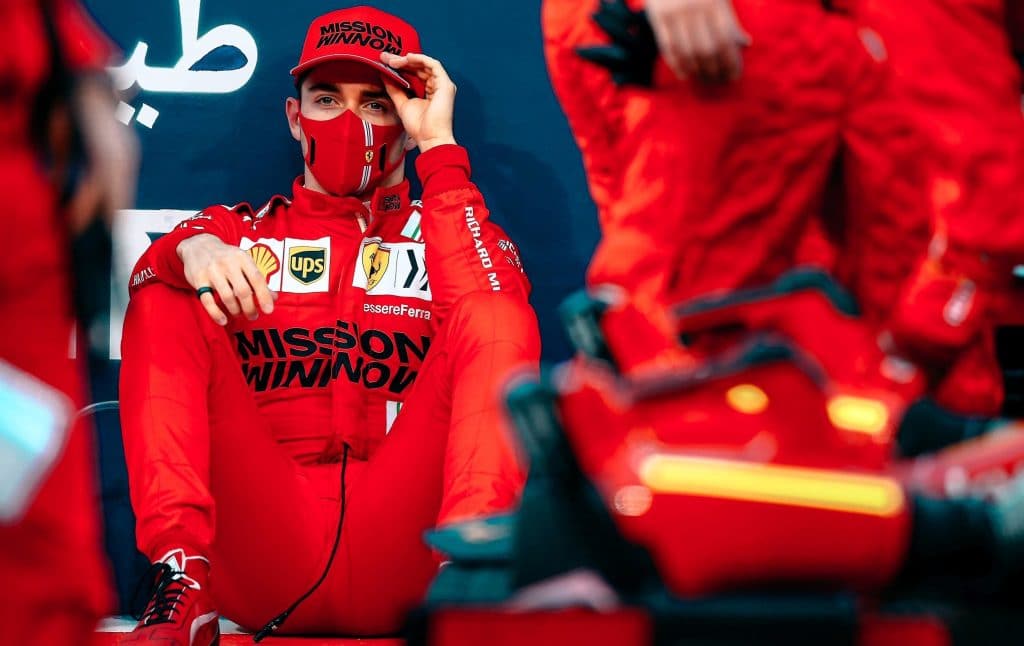 Harpooned last weekend on the first lap of the Hungarian Grand Prix and forced to withdraw, Charles Leclerc is going through a frustrating season, marked by numerous cruel twist of fate. Here is a look back at the first part of the season, which saw the Monegasque driver come close to victory at Silverstone and miss the start of the Monaco Grand Prix after taking pole position.

Even if luck hasn’t smiled on Charles Leclerc since the beginning of the season, all is not lost. Unlike its predecessor, the SF21 is well-built. After a disappointing, not to say failed, 2020 season, and whilst waiting for the new regulations to come into force next season, fans of the red arrows can expect the worst. But Scuderia Ferrari’s engineers have managed to correct some of the details to make the SF21 a competitive car, capable of fighting for the podium every weekend.

Shock at the Monaco Grand Prix

Unfortunately, trouble struck. Charles Leclerc had a promising and regular start to the season (6th in Bahrain, 4th in Imola, 6th in Portugal, 4th in Barcelona), which ended on a high note with a pole position in Monaco, but the problems began the day after this magnificent performance. Victim of a mechanical malfunction a few minutes before the start, the Monegasque was forced to withdraw. A terrible disappointment. “It’s not easy to accept”, he confided a few minutes after the start, before adding: “I hope that in Baku, we’ll make up for it!

For the second time in a row, Charles Leclerc took pole position, his second of the season. But in the race, the Ferrari’s pace was not the same as in qualifying. The Monegasque finally finished fourth at the foot of the podium. The disappointment of Monaco was already forgotten. A fortnight later, however, during the Paul Ricard circuit, a few hundred kilometres from the Principality, his misfortune continued. Only sixteenth at the finish. “It was the most difficult race I have ever done in Formula 1”, he said. “The tyres were deteriorating a lot. We’ll really have to work hard because Carlos (Sainz) and I had a lot of trouble”.

So close to a third F1 victory…

Seventh and then eighth in the double-header in Austria, Leclerc arrived at Silverstone with the ambition of getting back on track and emulating his start to the season. Fourth on the grid, Arthur Leclerc’s older brother had a breathtaking race, which almost gave him his third Formula 1 victory. Leading the race from the second lap after the crash between Lewis Hamilton (Mercedes) and Max Verstappen (Red Bull), the Monegasque led for forty-eight laps, before seeing the Briton come up on him and overtake him, with two laps to go and despite a ten second penalty.

As in Monaco, the scenario leaves Leclerc with tremendous regret. This 2021 season is definitely rich in emotions. And just like after his first disappointment in Monaco, the Scuderia driver is looking forward to the next Grand Prix. Unlike in Baku, in Budapest, Carlos Sainz’s team-mate did not recover. Worse still, fate was once again cruel to him. Starting from seventh on the grid, Leclerc was hit by Lance Stroll (Aston Martin) who completely missed the brakes in the first corner of the race. Another Grand Prix was lost, along with his hopes of a result.

A more fortunate second half of the season?

“I know that sometimes small mistakes can have big consequences. But I think this is no small mistake. I don’t think it’s such a small mistake this time. I couldn’t see Lance in the mirror and he was back in 5 or 6 positions, so it was very unrealistic to try something there,” said the Monegasque. But it’s life, it happens. It’s very frustrating. On my part, this first half of the season is pretty unlucky, but it’s like this and I’ll focus on having a better second half of the season.“

>> READ MORE: The best and worst of the 78th Monaco Grand Prix

Whilst the season will not resume until August 29 at Spa-Francorchamps, Belgium, for one of the most spectacular Grand Prix of the season on a track that is as fascinating as ever, Charles Leclerc has the opportunity to recharge his batteries to tackle this second half of the season in the best possible way. Perhaps driven by a thirst for revenge?