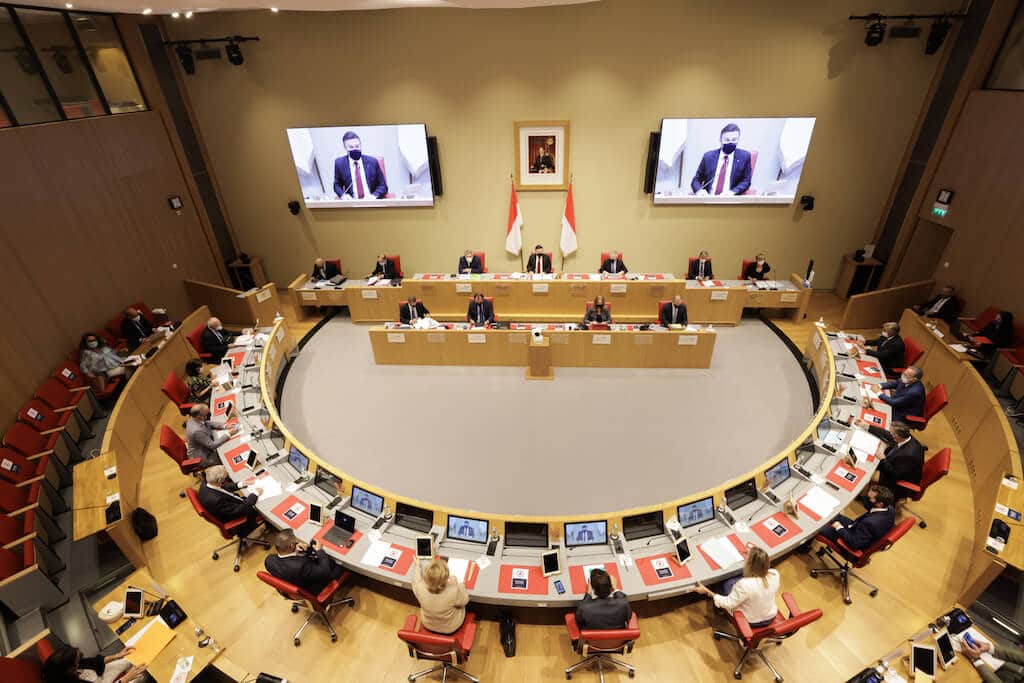 The National Council has voted in favour of Bill 1043 on compulsory vaccination of health care workers to combat the COVID-19 pandemic.

It has been decided: those working in care and health establishments, in retirement homes or in the homes of the elderly, will be obliged to be vaccinated from 30 October. The law was voted on Tuesday 14th September by the majority of elected representatives (fifteen votes “for”, four votes “against” and two abstentions), in line with the Prince’s Government.

“Some people consider that the priority is the freedom of a minority of carers to choose not to be vaccinated. For my part, I consider, while respecting this opinion, that the priority is above all to protect the sick and the most fragile, through compulsory vaccination of the medical professionals in charge of them,” declared Stéphane Valeri, President of the National Council.

A hundred employees of the Princess Grace Hospital Centre (CHPG) gathered on Tuesday afternoon to protest against this decision. A strike was announced to express their anger on three subjects: the vaccination obligation, the consolidation of the statutes and the consequences of the “Ségur”.

This is a subject that will continue to be debated in the weeks to come. It should be noted that by August 2021, 66.12% of staff in health care institutions had received at least one dose of vaccine.