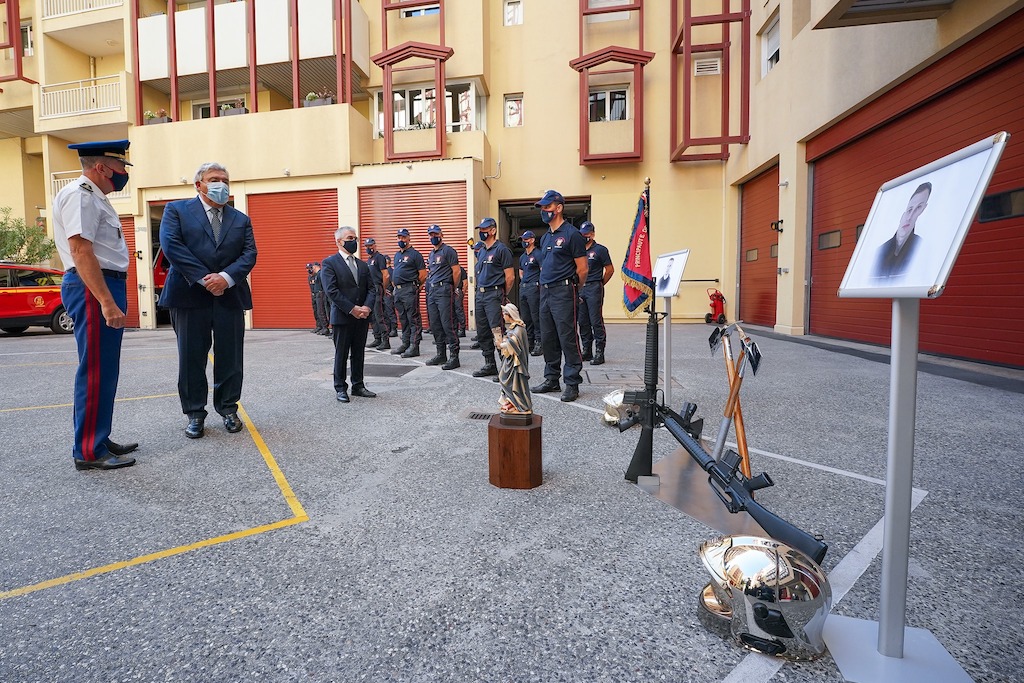 In the late afternoon of 31 August, four firefighters were out riding their motorbikes when they collided with a motorist, resulting in the death of Sergeant Stéphan Hertier and firefighter Mathis Canavese.

The investigation is progressing and, in the words of the Nice Public Prosecutor, “the driver tested positive for drugs and we are trying to understand the circumstances of this accident.”

The Minister of State, Pierre Dartout, and the Interior Minister, Patrice Cellario, showed their support for the fire brigade by visiting the Condamine fire station.

“It is with great emotion and deep sadness that we deplore the death of two of our firefighters,” they reacted to this terrible tragedy.

In a statement issued by the Prince’s Palace on 1 September, Prince Albert II said he had learned of the death of the two Monegasque firefighters with “immense sadness”. The Sovereign also wished the other two injured “a speedy recovery”.