Where to dance and listen to music in Monaco? 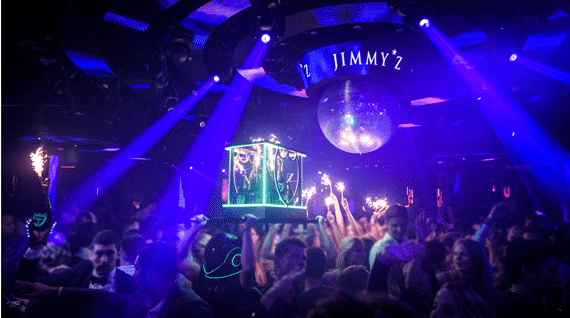 After long weeks marked by health restrictions due to the Covid-19 pandemic, the summer season has been a great success in the Principality. This is an opportunity to take a look at the places not to be missed in Monaco to escape for dinner or a long evening of festivities.

Donato Papadia, DJ at the Buddha Bar, Gilles Marsan, artistic coordinator of the Monte-Carlo SBM and Antonio Lerone, manager of Jimmy’z Monte-Carlo, gave us their precious advice for dancing and listening to music in the Principality. This is for you!

It is THE place to be for crazy Monegasque nights. Director of the establishment for ten years now, Antonio Lerone talks about this unique venue where all musical genres are mixed. “Jimmy’z follows the musical trend of the moment, even if for a few years now, deep house music has been the most in demand.”

Deep house music has been the most popular in recent years

Without forgetting its past, Jimmy’z has taken up the challenge of appealing to the greatest number of people, without being confined to a single musical style. To achieve this, three DJs follow after one another, each with their own speciality. “One is more focused on hip-hop and RnB, whilst the second is more focused on deep house music,” explains Antonio Lerone. “The third is more into open format.”

And whilst the directors of Jimmy’z were worried for a while after a health crisis devastating for nightclubs, the reputation of the Monaco club quickly eased all fears. “We were pleasantly surprised. Everyone played the game despite certain restrictions. We had a very good summer.” To take advantage of Jimmy’z, this first weekend in October offers one last opportunity to party. Otherwise, you’ll have to wait until next March to get on the dancefloor of the most prestigious of Monaco’s nightclubs, which closes in winter.

The Buddha-Bar is above all an invitation to travel. Make way for the imagination in this magnificent setting with its astonishing atmosphere. There is no commercial music. No “Despacito” or “Crazy In Love”. Just escapism. “Here, people look up in the middle of a meal and wonder what that sound is,” smiles Donato Papadia, known as DJ Papa, the master of the place.

From Italy to France, via Andalusia, Portugal and Eastern countries

Buddha-Bar follows the latest trends and deep house music is king. A true world tour of inspiration. “You start from Italy, you go through France, you go down to Andalusia, you make a detour through Portugal, before going to the eastern part of the Mediterranean, from Tunisia to Algeria, through Morocco. Then you go up to the Balkan countries, not forgetting Turkey, to India, and then back to Italy.”

>> READ ALSO: Placido Domingo: “Music can do so much to raise awareness about climate change”

A mix of musical genres that takes you from one country to another in the same evening. That way you won’t miss out on anything.

The Monte-Carlo Sporting Summer Festival once again brought together numerous artists, most of them European, including Zucchero, Enrique Iglesias and Paolo Conte. Outside the festival, Sporting Monte-Carlo has been welcoming internationally renowned artists for 40 years.

We discovered young talents, like Rihanna at the beginning of her career

Mariah Carey, Pharrell Williams, Robbie Williams, Lenny Kravitz, Lionel Richie and Laura Pausini have all made at least one stop on the Rock. “We have also discovered young talents, such as Rihanna at the beginning of her career,” recalls Gilles Marsan, artistic coordinator of the Monte-Carlo SBM.

>> SEE ALSO: VIDEO. Behind the scenes at one of the world’s most exclusive dance academies

This year, for the first time, the Place du Casino was even the stage of the Monaco Red Cross summer concert. “During the season, capacity was limited to 70% because of Covid-19, both in the Salle Garnier and in the Salle des étoiles, but on the whole, we did very well. We really packed out our evenings. The public had as much fun as two years ago.” And Monegasques are clamouring for more! The concerts on the Place du Casino will be back very soon.

The Monte-Carlo Opera has been the setting for the legendary Monte-Carlo Jazz Festival since 2006. This year, the event will be held from 23 November to 4 December 2021, with the presence of Avishai Cohen trio, Jamie Cullum or Gregory Porter.

The Hôtel de Paris, for its improvised concerts, which recently allowed Élodie Frégé and Irène Drésel to perform at the prestigious Monegasque hotel.

Twiga Monte-Carlo, where DJs and artists take over from one another to provide an electric atmosphere after a dinner mixing Italian and Japanese cuisine in a chic and contemporary setting.

COYA Monte-Carlo, a restaurant renowned for its delicious Latin cuisine, in a colourful setting overlooking the Mediterranean. An opportunity to enjoy soft Latin music over Peruvian meat. A perfect “pre” before heading to Jimmy’z, a few metres away, for a sizzling “after”.