INTERVIEW. Laurent Maire looks back over 10 years with Dmitry Rybolovlev as Club President 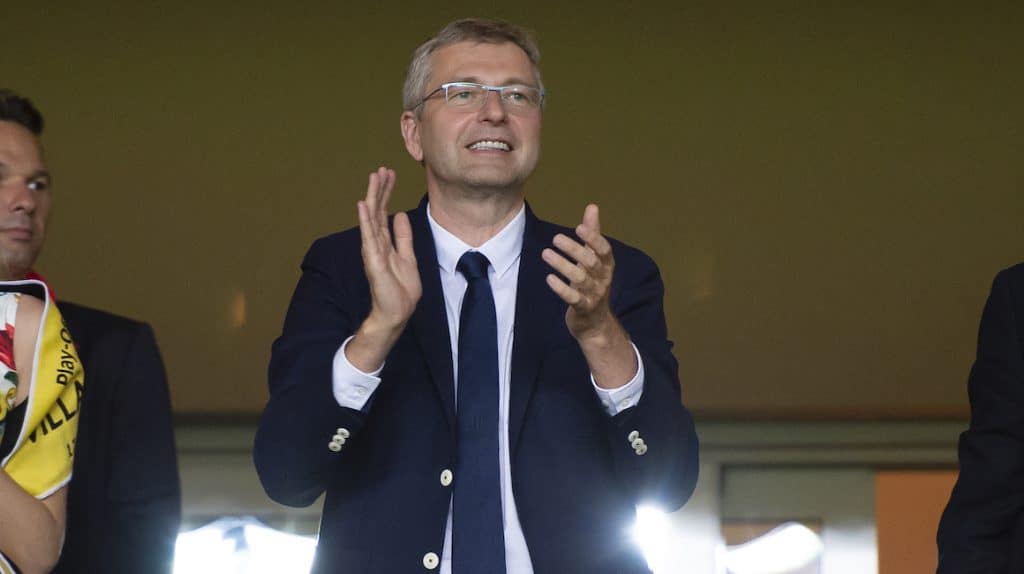 The President of the AS Monaco Supporters Club shared his thoughts in the run-up to the last match of the year against Stade Rennais this Wednesday evening at Louis II stadium (9 p.m.).

The game against Rennes will have a special flavour as the club celebrates 10 years with Dmitry Rybolovlev at its head. AS Monaco has released a video showing key moments from the first ten years.

We took the opportunity to ask Laurent Maire about the last decade, his enduring memories and his hopes for the future.

What are you organising this Wednesday at the Louis II stadium to mark Dmitry Rybolovlev’s 10th anniversary as president?

We’ve been working together with the Monaco Ultras to get people to come to the stadium. The match against Rennes will feature thirteen chapters of AS Monaco supporters. We have covered the trip and the club took care of the ticket sales. There will be a good hundred supporters in the Pesage stand.

It’s a chance to thank the supporters from all over France who come to cheer the club on at every away game. The match will also be an opportunity to present the trophy for the best player of the first half of the season, awarded by the AS Monaco Supporters Club. Banners will also be displayed to thank the President and a tifo will pay tribute to our supporters’ clubs.

What are your takeaways from the last decade?

The Covid-19 pandemic has unfortunately spoiled the more recent seasons, especially in the stands, with the stadium sounding a bit empty. But we obviously remember the good times, with the 2017 French championship title and the European Cup campaign. There was also the Ligue 2 promotion (smiles).

I have rarely felt such a buzz at Louis II

What is your fondest memory?

There are quite a few (smiles). But I would say the atmosphere in the Champions League against Manchester City (3-1 victory). We had already had that against Real Madrid in 2004 (3-1 victory). But this was really incredible. I have rarely felt such a buzz at Louis II.

The best away game?

How did you feel when the club dropped back down to Ligue 2?

It was a bad experience, obviously. But in hindsight, it was a blessing in disguise. The situation was bad before Dmitry Rybolovlev arrived, and even if we had stayed up, it wouldn’t have changed anything. Relegation was on the cards.

How did the Supporters Club cope during that difficult period?

It was complicated at first, but in the end, we had two good seasons. It was another world, with proper football, and no stars. The away matches were different. Instead of Paris, Marseille, Lyon, Bordeaux or Saint-Etienne, we visited Clermont-Ferrand, Boulogne-sur-Mer or Istres (smiles).

We have one of the best training centres in France

Over the past decade, the club has trained many players, such as Kylian Mbappé. What do you think about Monaco’s training?

We have one of the best training centres in France. It shows, when you count all the players who trained at AS Monaco and have gone on to wear the French team shirt. It is always a source of pride to see a player from the training centre do well in the first team. And this is how the club intends to work in the future.

A player that sticks out in your memory?

I don’t really get attached to the players, because they are just passing through. I am not a fan of a particular player. But if I had to pick one, it would be Andrea Raggi. He never strayed from his line of conduct. He was an approachable man with the popular touch and the soul of a leader. He had Italian training, old school, with respect for the fans and a warrior mentality.

That’s a hard one. There’s Leonardo Jardim, obviously, who gave us the title, but also Niko Kovac, who has been here for a year and a half and who is doing a really good job. There is also Claudio Ranieri. I was disappointed when he left. He helped us to get back up to Ligue 1 and to qualify for the Champions League. I loved Ranieri.

If your wish could be granted for the next decade, what would it be?

Like all the fans, winning the Cup with the big ears (laughs). When you have tasted a Champions League final, you obviously want to relive that moment, but with a better outcome this time. More realistically, we would like to take our tenth French championship title! We are two short.

AS Monaco – 10 years under the presidency of Dmitri Rybolovlev