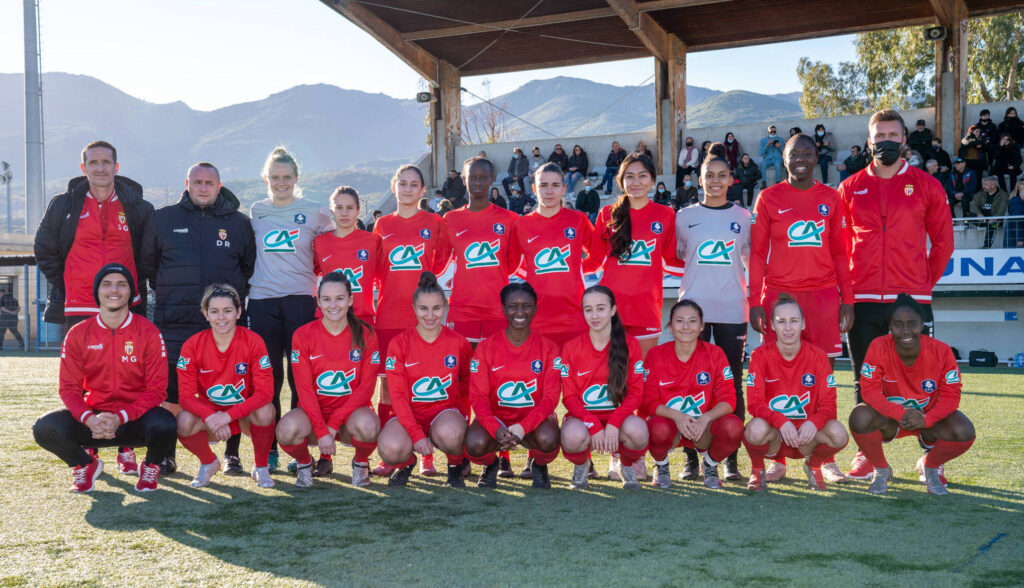 For the first time in its history, the Monegasque female football team has made it through to the last 16 in the French Cup. Stéphane Guigo’s players knocked out US Colomiers (3-1) this Sunday on their home ground at the Prince Héréditaire Jacques stadium in Beausoleil.

It’s a fabulous feat. Unbeaten this season, the Monegasques continued their fine form in the French Cup to claim a historic qualification for the last 16. Thanks in particular to a double from Laura Domecq, ASM FF (R1) saw off the minnows of the competition, despite conceding the opening goal in the first half. Manon Rouzies scored US Colomier’s only goal of the match from the penalty spot (0-1, 16 ′).

Domecq does the double

After the half-time break, the Monegasques equalised through Laura Domecq (1-1, 64′), then Eva Towara gave her side the lead towards the end of the match (2-1, 88 ′) ). And in the last minute of normal play, with a fabulous strike into the top corner, Laura Domecq treated herself to a double and made sure of the win for AS Monaco Football Féminin.

This historic qualification may mean Stéphane Guigo’s team plays their last 16 match at the Louis II stadium. In the next round, the Monegasques may even come up against a first division team, a dream for the whole club.