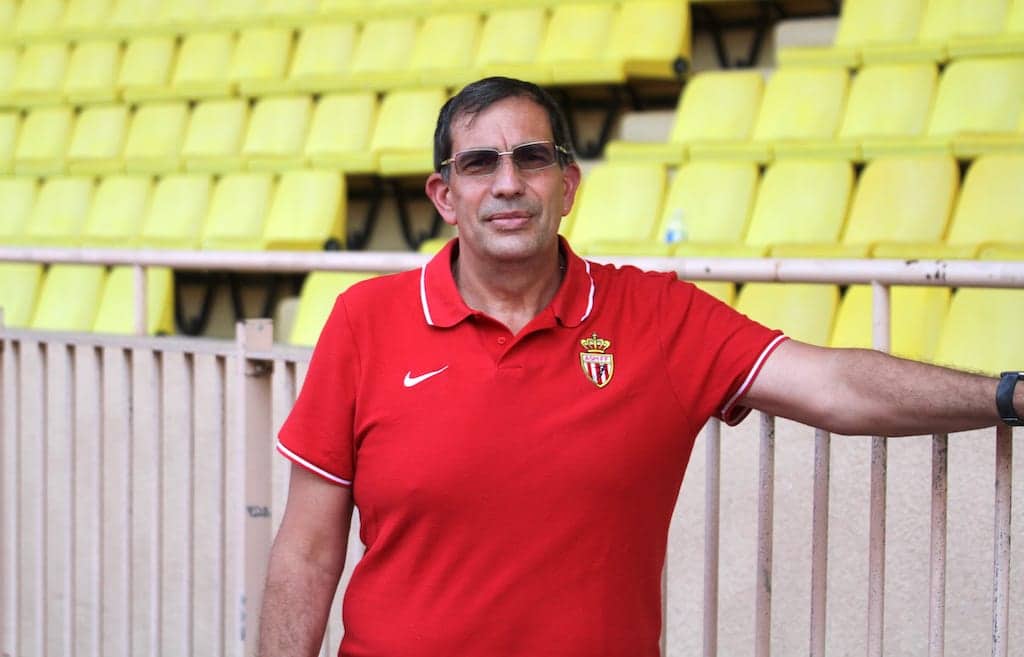 Whilst PEAK6, co-founded by Jennyfer Just and Matt Hulsizer, becomes the main shareholder in AS Monaco Football Féminin, it was club President André-Pierre Couffet who updated us on the new team.

In a hotel, not far from Stade Louis II, President of AS Monaco Football Féminin (ASMFF), accompanied by Head of Development, Thomas Martini, spoke with us about the club’s new ambitions. As the team embarks on a new journey, the next few seasons have a lot of excitement in store for ASM FF.

When did your relationship with PEAK 6 begin?

Discussions started back in 2020, in September to be exact. This news didn’t just come out of nowhere, we’d been negotiating for a long time beforehand. It’s important to remember that Americans have a lot of financial power, but they want concrete projects. We explained our strategy to them, the one we’ve been using since 2015, when Thomas Martini (head of the club’s development) joined us. They quickly got on board and put their trust in us.

They wanted to make a name for themselves in Monaco. It was thanks to Jérôme de Bontin (Franco-American businessman and AS Monaco President from 2008-2009) that we were able to make the link between Monaco and the United States. As well as this, PEAK 6 is actively involved in the fight for gender equality and they want to harness the appeal of women’s football to help them achieve that goal.

You’ve never been contacted by the owners of AS Monaco?

When Nicolas Holveck (the current President of Stade Rennais) joined AS Monaco in 2014, having left AS Nancy-Lorraine, he wanted to set up a women’s team, as he had done with his previous club. However, Vadim Vasilyev and Dmitry Rybolovlev didn’t want to invest with us. They told us that we lacked the facilities. But all we wanted was a little bit of financial help. We would’ve even left the “baby” once it reached D2 or D1. That would have been the women’s section of AS Monaco, but that will never be the case now.

How did you get through these last two years with the pandemic?

These last two seasons have been a nightmare. We could’ve moved up this year, if they hadn’t put a stop to the championship. The good news is that we now know where we’re going. With PEAK 6, we can maintain our strategy for another ten years. The investors are in it for the long haul. We have a ten-year agreement. The money is there, now we just need to deliver. We’re well aware that women’s football isn’t profitable right now. But the major European leagues are becoming more professional. We can see it with England, Spain next season and soon Italy too.

Will increasing your facilities be your next big project?

We need to prepare, that’s for sure. At the moment, we’re in AS Monaco omnisports’ offices, in Stade Louis II, along with 45 other sports teams. For now, we have three pitches: Stade Didier Deschamps in Cap d’Ail, Stade des Moneghetti in Beausoleil and Stade Joseph Merceron Vicat in Blausasc. If we make a few adjustments, particularly to the changing rooms, the pitch in Blausasc will be good enough for use in D2. But if we progressed into D1 pretty quickly then we’d need to find another solution. With PEAK 6, it’s a question of finding a pitch and then being able to build a stadium, training facility and teaching centre there.

But what about Louis II?

There is also the possibility of this too. It definitely looks better if we play in Monaco and in the Stade Louis II. Much like AS Monaco, we could have a training facility in a neighbouring city and play our matches in Louis II. We have all the necessary permission if we wanted to do that. Should we do this, national authorities would then need to match up both AS Monaco and AS Monaco FF’s calendars.

Where are you up to with recruitment for next season?

Recruitment is almost complete. We’d already planned for this work with the new budget. At the regional level though, you can’t have more than six transferred players. It’s not like in D2 or D1 where we can recruit as many players as we want. So we’re going to rely on a core group of players, three of whom are American. We were asked to bring in two Americans (although we ended up with three) from the Rush Soccer Academy. We may also still recruit one or two more players. Since announcing our work with PEAK 6, we’ve had a lot of people get in touch with us.

What will the other main areas of development be in the short term?

We’ll mainly be focusing on developing the admin side of the club, focusing on our office staff, marketing and communication departments. In terms of sport, we’re almost there. We already have 150 members and we’ve also met all criteria to receive the gold level of the “école féminine de football” label, meaning we can play in the first division.

Is the aim to reach D1 Arkema (the top division) in the next five years?

(Smiling) In five years time? You mean in the next two years. That’s the goal we’re working towards.

To do that, you’ll need to move up twice in a row. If they allow 14 teams to play in D1 Arkema that could help you.

Jean-Michel Aulas (President of Olympique Lyonnais) is in charge of making that happen, but the project is still ongoing. They’ll definitely allow more teams to play one day, but I don’t think that’ll happen for another two, maybe even three, years. I hope that we’ll have made it into D1 Arkema by then.

Efforts made by Olympique de Marseille and OGC Nice never really took off. There’s never been a better time to become the driving force behind women’s football in the region…

The advantage we have is that we are a women’s only club. Most other teams have a women’s side, as well as their male equivalent. All the money will therefore be going to the women’s team. There will be no budget cuts, like we’ve seen in some clubs, particularly Montpellier, who used to be up at the top of the first division, but is experiencing some difficulties these days. If we take the example of Olympique de Marseille, we’ve seen how they had no desire to invest in order to remain in D1 Arkema. For us, we want to be the stronghold of women’s football in the PACA region in the coming years, something OGC Nice has not been able to do, by signing partnerships with other clubs in the region.