Chris Dhondt: “The CREM’s role is to connect people in the Principality” 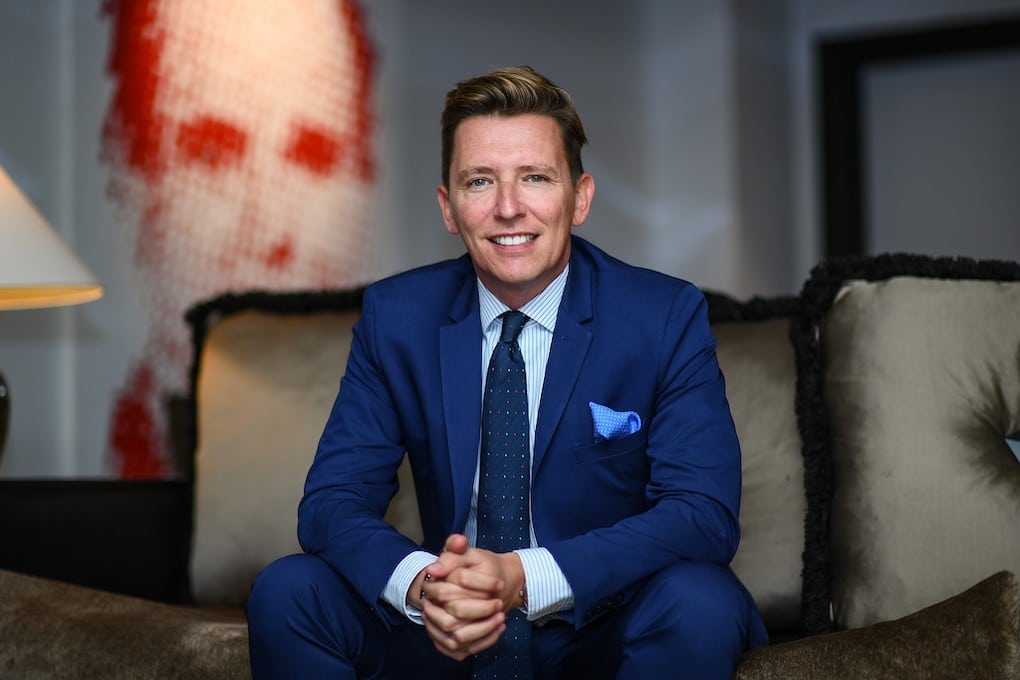 The Director of the Club des Résidents Etrangers de Monaco (Foreign Residents club, or CREM), looks back on his first four years at the head of the club, which enables residents in the Principality to form new relationships.

CREM Director Chris Dhondt invited us into the Club’s cozy, intimate premises. When he left his native Belgium to settle in Monaco, little did he know that one day he would be at the head of the institution.

A commercial engineer by training, working in turn as a consultant and project manager in the petrochemical industry, and then as Human Resources Director in power plants, Chris Dhondt arrived in the Principality without a clear direction: “Coming to Monaco was a personal decision. At first, I looked for positions that matched my CV, but I struggled because here in Monaco, there were many more small companies than big groups. I went to the employment department, and they suggested one day that I become Director of the CREM.”

A considerable challenge. Besides the gap between this position and the rest of his career, at the time, Chris Dhondt had never heard of the club!

“I didn’t even know what a ‘private club’ was,” he says. “I took a couple of days to think it over, and I accepted the position, which enabled me to meet people who were new to Monaco, when I was new myself.”

In addition to the prospect of expanding his personal network, it was the beauty of the premises and, especially, meeting the club’s president, Louisette Levy Soussan Azzoaglio, that convinced the resident to accept the position. “We had an instant connection,” he explains.

In fact it was Louisette Azzoaglio who created the club, with the support of Prince Albert II. After having worked for a long time at the Prince’s Palace, in particular as a personal assistant to Princess Grace during the last twenty years of her life, she decided, in 2010, to give something back to the Principality by helping it to welcome all its new residents.

The idea was born out of her own experience: “She told me that one day Princess Grace had gone to Paris because Princess Caroline and Princess Stephanie were studying there”, Chris Dhondt explains. “Louisette had gone with them and even though Paris is a beautiful city, she felt very lonely. She thought that many residents of the Principality must have the same feeling, which is why she wanted to create a club for foreign residents and Monegasques. She wanted to create a second home for the residents, a place where they can feel comfortable and meet new people. It is a small peaceful haven: we make a point of welcoming each member individually, so that they feel at ease.”

And the gamble has paid off: the CREM now has more than 500 members, representing every continent and more than 45 nationalities. In addition to the clubhouse, members can enjoy the many activities on offer: conferences, lunches, openings, wine tastings, trunk shows, museum visits, dinners, weekend events, cocktails, boat trips and paragliding sessions are regularly organised, at a frequency of one or two activities per week.

And for Chris Dhondt, the experience has been more than satisfactory: Iit has been a very pleasant surprise! I’ve met some incredible people, all of whom have an interesting story to listen to. It’s interesting to meet so many people from different backgrounds and with different experiences. The CREM’s role is to connect people in the Principality. Often, when you arrive somewhere, you don’t know many people. And over the four years I’ve been here, I’ve seen friendships being created.”

I got a phone call from the Palace telling me we were going to have a visit from the Prince. “I was very nervous.”

One encounter in particular shook the Belgian resident, just a few weeks after he took office, in 2018: “I received a phone call from the Palace telling me that we were going to have a visit from the Prince. I was very nervous. I asked how to approach the Prince, what to call him, what to discuss, what I could serve him… The aide-de-camp replied, “Monseigneur likes bee”r. And being Belgian, I thought I would buy some Belgian beer. As soon as I met the Prince, I discovered a very approachable person. I offered him a Belgian beer”, he replied, “Mr. Dhondt, what a good idea!” We ended up chatting at the bar. It was a wonderful experience”.

Four years on, the club has 30% more members, achieving the main objective that its new Director had set for himself: to revitalise and rejuvenate the club. “Word of mouth worked very well. My best ambassadors are my members,” he explains.

Members who, as he puts it, now form a big family. This is evidenced by the recent crises that have shaken the planet: “During covid, we had people who were isolated, who needed social contact. My staff phoned certain people who were cooped up in their apartment in Monaco, to check in and keep in touch.” Although apolitical, the CREM supports its Russian and Ukrainian members, who are suffering from the current conflict: “we check in, we listen, but we don’t take a side.”

But these crises have not stopped the club from developing projects. The premises are getting a facelift, “but keeping their soul,” this summer. For Chris Dhondt, all these challenges should have a single common goal: connecting residents.