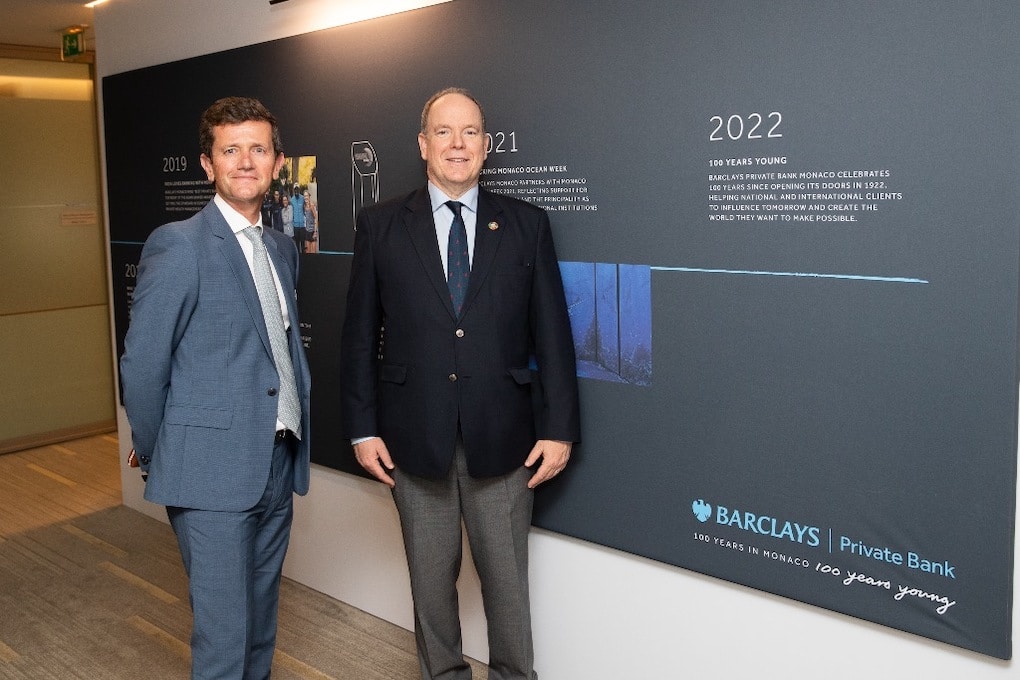 Barclays Bank is celebrating its 100th year in the Principality. A century of banking activity in Monaco, celebrated in a large exhibition of historic Barclays memorabilia.

Among the prestigious artefacts: a golden signet ring dating back to 1570, created by Thomas Gresham, banker to Queen Elizabeth I and founder of Martins Bank, the latter being sold to Barclays in 1969. There is also a letter from the court of Queen Elizabeth I and even a register from the Oxford Old Bank (which became part of Barclays in 1900) showing the account of one Oscar Wilde and the United Kingdom’s first credit card, dating from 1966.

Prince Albert II visited the exhibition in February, a testimony to the bond between the Principality and the financial institution. Barclays is also a partner of the Prince Albert II Foundation and has just supported Monaco Ocean Week for the second year running.

Barclays Monaco CEO Gérald Mathieu said: “It was a great honour to have H.S.H. Prince Albert visiting our exhibit at the Barclays Monaco Office. Barclays was the first international bank to arrive in Monaco in 1922 and, 100 years on, we look forward to continuing to be part of the rich history and future of the Principality.”

These rare objects can be viewed in the bank’s Monegasque offices.