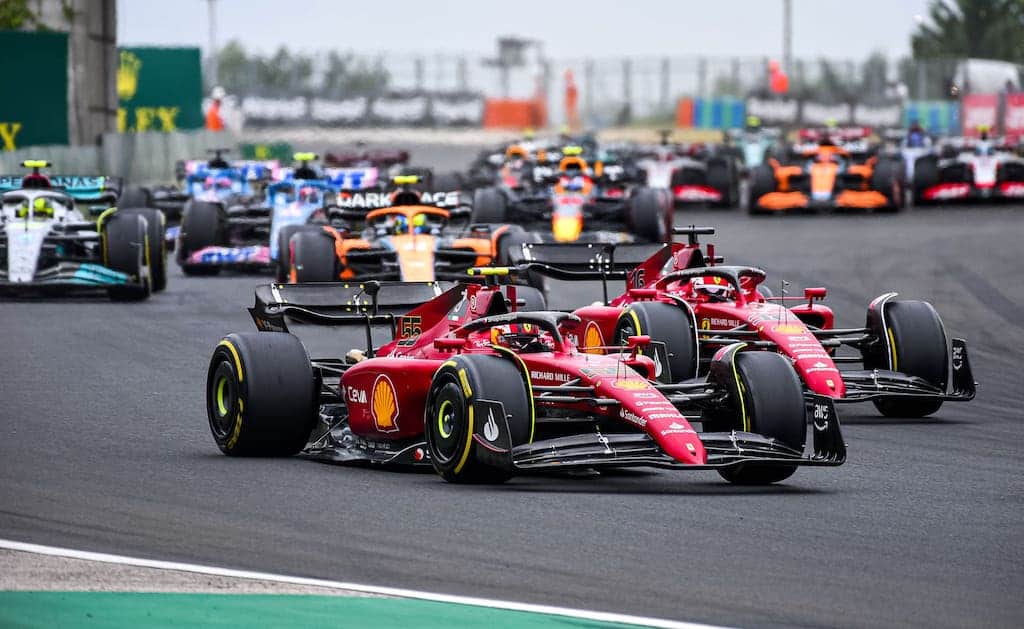 Just as he seemed in a position to win again, the Monegasque fell foul of yet another strategic error by the Scuderia Ferrari. Max Verstappen (Red Bull) took the win ahead of Lewis Hamilton (Mercedes) and George Russell (Mercedes).

New race, new problems for Charles Leclerc (Ferrari). While he confessed to having been at fault last weekend at the Grand Prix de France after crashing off the track, the Scuderia driver showed impeccable form in Hungary.

From third place on the starting grid, Leclerc took advantage of a first stop in the pits to overtake his teammate Carlos Sainz (Ferrari) before leading the race having masterfully overtaken George Russell (Mercedes) on the 31st lap.

Leclerc leading at the half-way point

Max Verstappen (Red Bull) made a dramatic comeback, pulling up from his initial 10th place around lap 40 to sit in the Monegasque’s rear-view mirror. After overtaking him once, the leader in the world championship suffered a spin, with no damage, leaving Leclerc to take his place.

On medium tyres at that point, the Monegasque obeyed his team’s instructions by going back into the pits to change to hard ones. A strategy that did not work, with tyres that failed to perform, forcing Leclerc to stop a third time to put on soft ones.

Verstappen on his way to the title

This third stop had serious consequences, as it dropped Carlos Sainz’s teammate to sixth place. “I have no explanation”, said Leclerc when interviewed by Canal+ after the race. “It is hard to take. I felt very fast on the mediums, which were still quite new. I had a good feeling. I said so on the radio, but we put hard tyres on to protect ourselves from Max. It was carnage”, he added.

“We cannot hope to win the championship if we continue to have races like this. I hope that the second part of the season will be kinder to us. But we really need to improve.”

The Monegasque is now distanced by 80 points, and any remaining hopes of the title have vanished. In the championship standings, Max Verstappen is well in the lead (258 points), ahead of Charles Leclerc (178 points) and Sergio Perez (173 points). The next race is on August 28, in Belgium, on the Spa-Francorchamps track.